Sao Paulo is not the first city to spring to mind when it comes to rock ’n’ roll. Detroit. Los Angeles. London. New York. Even Cleveland, home of the Rock And Roll Hall of Fame, is better known for its rock credentials than Sao Paulo. But the biggest metropolis in Brazil – with a population greater than New York – has a pulsating rock scene that is the equal of anything in the world. 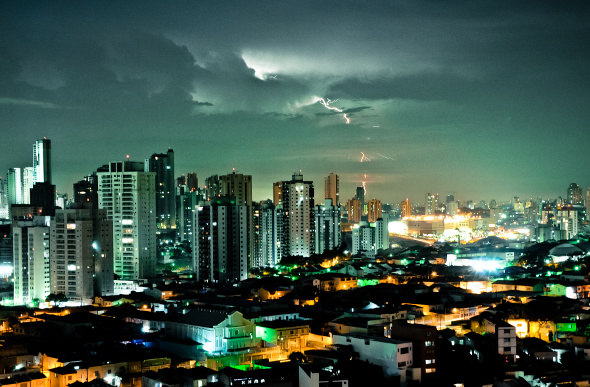 It’s because young ‘Paulistanos’ live and breathe the rock lifestyle every day: from the music they listen to on radio (wall-to-wall 1970s classic rock), to the instruments they play, to the T-shirts they wear, to the books and magazines they read, to the graffiti (some of it truly exceptional ‘street painting’) they spray on every conceivable surface.

Parts of central Sao Paulo, with old buildings as grand as anything in Paris, New York and London, are covered in graffiti. You can even buy posters of your favourite band at Livraria Cultura, the city’s leading bookstore.

Anything to do with AC/DC, Metallica or Iron Maiden is highly newsworthy in Brazil. 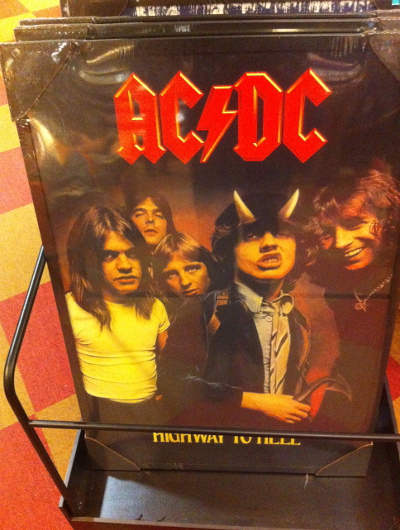 Be there at carnival time. Celebrating Carnival South American Style

Rock ’n’ roll is so big in Sao Paulo that the city has its own dedicated rock ’n’ roll shopping mall, Galeria Do Rock. It has over 410,000 likes on Facebook.

Spread over five floors, this is where you go for T-shirts, vinyl, CDs, hats, pins, body art, piercings and every bit of rock-related merchandise you can imagine. Even the late Kurt Cobain of Nirvana took the time to visit Galeria do Rock.

While if you’re in the market for a cherry-red Gibson SG, Gretsch Firebird, Music Man bass or Sonor drums, you hop in a cab for a 15-minute drive to Rua Teodoro Sampaio in the Pinheiros neighbourhood.

Here all you need to do is start walking and you’ll find clusters of shops on both sides of the street selling all the sheet music and equipment you could possibly need to start your own garage band. 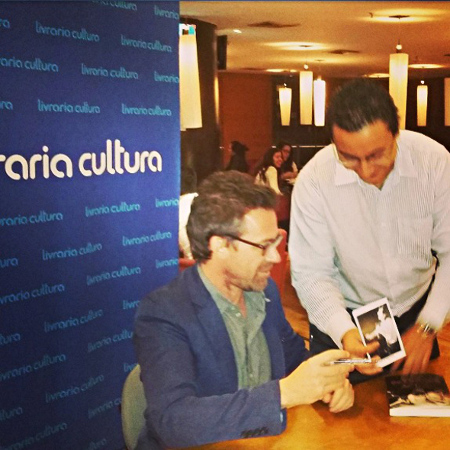 Meeting a fan at Livraria Cultura

How did rock become so big in Sao Paulo? From what I was told by the DJs, musicians and rock journalists I met, AC/DC’s legendary appearance at the Rock in Rio festival in January 1985 (along with Queen, Scorpions, Iron Maiden, Yes, Ozzy Osbourne, Whitesnake and 1.5 million odd fans) was considered the game-changer for rock music in Brazil.

In the intervening decades, the nation’s capital has eclipsed Rio and the southern city of Porto Alegre to become Brazil’s rock hub.

When AC/DC finally plays Sao Paulo on the Rock or Bust world tour, it’s going to be an unmissable cultural event.

Visit your local Flight Centre store or call 131 600 for more advice and the latest deals on travelling to Sao Paulo.

Jesse Fink’s 'The Youngs: The Brothers Who Built AC/DC' is currently the #1 rock/heavy metal book in the UK. It is being released in Germany, Austria, Switzerland, Serbia and Denmark in 2015, with other editions available in Brazil, Australia, Argentina, India and the United States.
more articles from this author