I don’t know exactly what triggered my fascination with ghosts and all things supernatural. There’s just something alluring about the questions and theories no one can seem to answer or dispel. So, when I found myself living less than one hour from Savannah, commonly known as ‘America’s Most Haunted City’, I couldn't help venturing into town to discover the supernatural dwellings for myself.

I can’t say for sure if I was hoping for, or fearful of, a chance encounter with the paranormal. Regardless, I found myself in a lot of eerie locations, some better than others for a spooky immersion. Here are my top three supernatural locations in Savannah. To truly appreciate these attractions you must visit with an open mind, but you don’t necessarily have to leave all your scepticism at home. 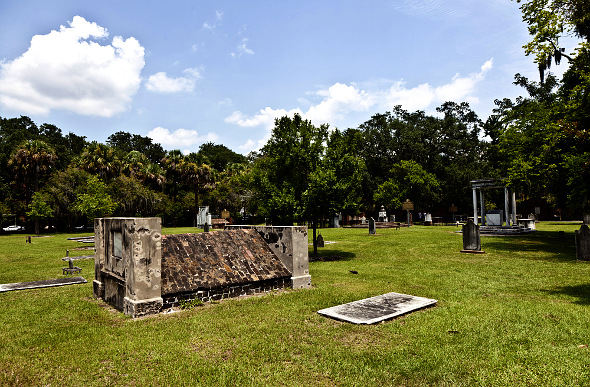 Savannah’s Voodoo culture has touched Colonial Park – many early-morning visitors used to find the remains of Voodoo ceremonies performed the previous night. There’s also the famous 2008 video that captured a boy dressed in colonial clothing, running through the cemetery and jumping into a tree before disappearing. I’d recommend watching it before you visit.

The first of two cemeteries featured on this list, Colonial Park Cemetery welcomed the dead between 1750 and 1853. It’s said that more than 700 people who succumbed to the Yellow Fever epidemic in 1820 are buried within the cemetery, along with the victims of duels held on the cemetery’s grounds.

Unfortunately, Colonial Park is only open from 8am to 5pm. I imagine it would been a lot spookier after dark, but even during the day I felt slightly disturbed by the long shadows stretching from the moss-covered tombstones.

This is a strange haunted attraction, as a lot of the stories surrounding it are completely made up by tour companies. Once I’d filtered out all the lies, what was left was a seriously sinister house that didn't need any help from fabricated horror tales to send tingles down my back. Its grimy brick walls and stretched windows, along with its towering height, gave it a foreboding appearance.

The one true story about 432 Abercorn Street is that it’s built either on top of or next to a slave cemetery. If you know anything about ghosts, you know that disturbing grave sites is a pretty fool-proof way of instigating paranormal activity. I took a night tour through 432 Abercorn. My technique when taking ghost tours is to shut out the guide’s cheap scare tactics and just focus on my surroundings. Unlike a lot of the other haunted buildings in Savannah, 432 Abercorn is abandoned, making it look very authentic and giving it an unsettling silence. 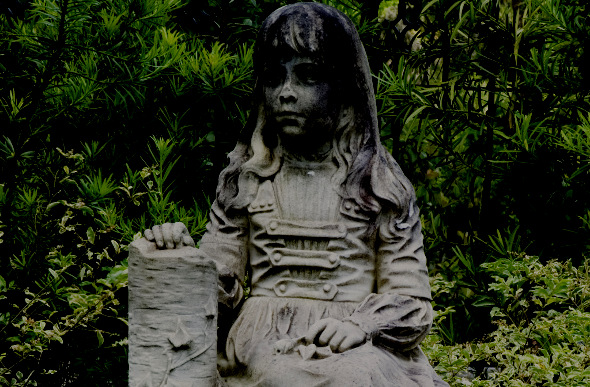 The statue of Little Gracie in Bonaventure Cemetery

Overlooking the Wilmington River is Bonaventure Cemetery, which fans of John Berendt’s Midnight in the Garden of Good and Evil will recognise as the place where Billy Hanson was buried and Minerva performed her spells. Having only read Berendt’s novel weeks prior to arriving in America, I felt an unrelenting need to see Bonaventure exactly how it was portrayed in the book: at midnight.

I had to settle for a night tour, during which I discovered some of Bonaventure’s fascinating stories including that of Little Gracie, who died from pneumonia and was immortalised in a statue that sits in the cemetery; and Corinne, who drowned herself in a creek near Bonaventure. As much as I wanted to be moved by the statue of Little Gracie, the combination of her dress (looked like the ones in The Shining) and the black moss covering parts of her face gave me a very creepy vibe.

It wasn’t just the statue that fuelled Bonaventure’s spookiness. At night, the Spanish moss hanging from the long limbs of the oak trees presented an eerie image of bony arms extending from sleeves. Although no ghostly sightings have been had in Bonaventure, it was a regular location for Voodoo ceremonies and witchcraft.