Sea Days On Legend Of The Seas

Sea Days On Legend Of The Seas

It’s fast approaching 1pm and I have a decision to make. Do I sign up for the progressive trivia in the Schooner Bar; or a Thomas Kinkade art class; go to a pamper party at the Vitality Spa; take a salsa lesson from featured Ballroom dance couple Maks and Stafanie; or try my luck at Texas Hold’Em poker?

Or do have I have a bite to eat before entering the 1.30pm International Belly Flop competition – an event for which I have been in training for many years. My belly is legendary, after all.

It’s Day 7 aboard Legend of the Seas and we are sailing from Sydney to Singapore. We have already stopped in Brisbane (where the ship will be based from December), Airlie Beach and Cairns.

Today is a Sea Day. And if you think Sea Days are for relaxing, consider this. The Cruise Compass, the ship’s daily guide to what’s on, lists no fewer than 76 activities for guests to choose from today. The fun starts at 7am and finishes when the last passenger goes to bed. 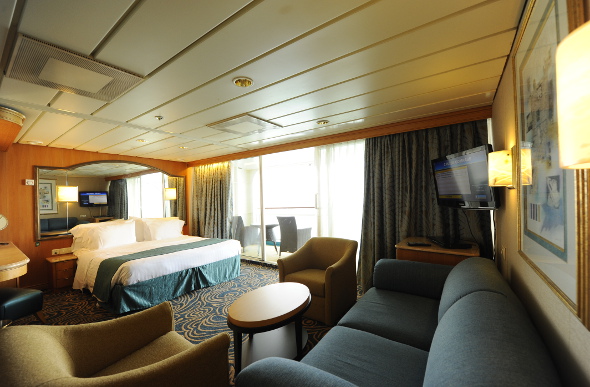 The new-look State Room on Legend of the Seas.

Numbers Add Up To A Major Enterprise

By modern standards, the Legend of the Seas, at 264 metres long with 915 cabins and 11 decks, is a mid-sized ship.

By Brisbane standards, though, the super liner will be one of the largest ships able fit alongside the Brisbane Cruise Terminal at Portside Wharf in Hamilton.

“The appetite for cruising in Queensland has grown significantly over the years, and we are thrilled to offer an international style of cruising with world-class amenities and features on your doorstep,” said commercial director for Royal Caribbean International, Sean Treacy. 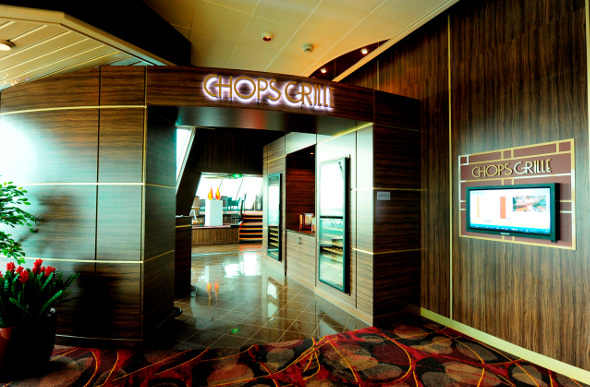 The cheapest five-star dining experience you're ever likely to have

During her five-month season in Brisbane, Legend of the Seas will embark on 15 itineraries in Australia, New Zealand and the South Pacific, ranging from two to 18 nights, before repositioning back to Asia in April 2016.

Some of the highlights include:

So what can guests expect?

The ship has tremendous outdoor space and activities. There’s a 12-metre rock-climbing wall, mini-golf course, two pools (one outdoors and one in the adults-only solarium) and six whirlpools.

There’s a video arcade for kids, an 18.5-metre outdoor cinema above the main pool area, and a jogging track with 360-degree views if you want to work off some of those extra cruise kilograms.

Speaking of extra kilograms, Legend of the Seas offers some exceptional specialty dining options. You can buy a package that allows you to dine at all three.

Chops Grille is all about the juicy steaks. For me, the interior felt like a New York steak house and at $30 a person it is perhaps the cheapest 5-star dining experience you will ever have.

At the exclusive Chef’s Table, up to 14 guests dine in a private room for a five-course menu - paired with matching wines - prepared and presented by the Chef de Cuisine for $95 a head.

The kitchen staff numbers just over 130, from 27 different countries.

The decor in the cabins is typically Royal Caribbean, offering cream-coloured walls and lots of light timber effects, a flat-screen television but oddly no mini-bar so six cans of soft drink and four bottles of water sat on the bench throughout the cruise.

I doubt anyone will ever drink a room temperature can of Coke.

Aussies are taking to the water. Australians Spent More Than 10 Million Days Cruising In 2014

Cruise your way around the world. Float Your Boat: River Cruises Around The World

And There's More To Come

The bathrooms are small and the shower recess comes with one of the clingy curtains. Soap and a two-in-one shampoo/conditioner is provided but it might be worth bringing along your own hair treatments.

The toilet paper is placed in the strangest place.  You will need long arms to reach it from a seated position. 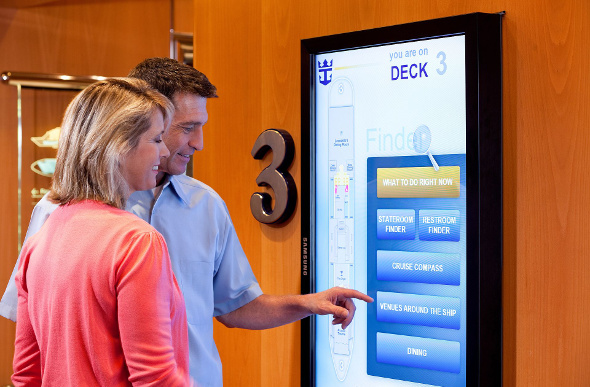 Guests use the digital ship's guide.

The guests on this cruise were mainly retirees in the 60-plus age bracket, which is understandable considering it was a relocation cruise. The company expects the ship will appeal to families while based in Brisbane, especially over the school holiday period.

Royal Caribbean passengers are charged $12 a person, a day to cover tips. You can go to the Guest Services desk and ask for these to be removed from your SeaPass Accounts. A 15 per cent gratuity is also automatically added to drinks, and 18 per cent is added to spa treatments.

The 2015/16 season will see Royal Caribbean increase local capacity by almost 50 per cent. As well as Legend of the Seas, RCI will base Explorer of the Seas in Sydney, along with Voyager of the Seas and Radiance of the Seas.

Visit your local Flight Centre store or call 131 600 for more advice and the latest deals on Legend of the SeaS.