You had 48 hours in San Francisco, what did you guys get up to first?

We weren't suffering too much jet lag, so we went straight out to dinner right by the wharf. We found the famous Boudin Bakery and had the classic clam chowder bowl. After the tasty dinner we were pretty tired so decided to call it a night and explore the city the next day instead.

Where did you stay in San Francisco?

Sheraton Fisherman’s Wharf Hotel. It was in a good location, that’s the main thing. It was actually a really busy weekend because they had Obama coming for Fleet Week – there was a lot of military stuff going on, lots of planes flying over and loads of people around. 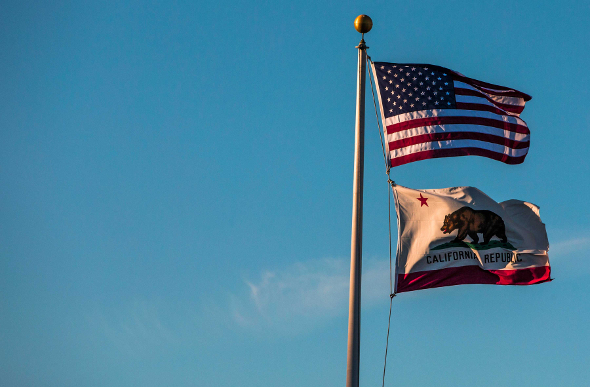 Welcome to The Golden State

This was in October, how was the weather? San Fran is notorious for having backwards weather...

When ‘the fog’ came through it got really cold, but in the sun it was very pleasant.

Walk us through your time in SF...

The next day we went back to Boudin Bakery for breakfast (when you’re on to a winner....) and then had a look around the Fisherman’s Wharf area. There are buskers and lots of entertainment going on in that precinct. Then we ventured on the big red Hop-On Hop -Off Bus.

Was that the first time you’ve done one of those types of tour buses?

Yes, surprisingly, considering they’re all around the world [there’s even one in Brisbane]! We recommend the bus because it’s a great way to see the city and you get a lot of information from the guide. And if you’re a photographer, your hands are free to shoot. It’s a shame it was such a busy weekend because the bus was taking quite a while to get places and the streets were really crowded.

We ended up getting off the bus in some places and getting taxis to certain locations, then getting back on. We had a look around Union Square [Sean even bought a hat from a hat shop in Union Square that set him back about $150US] then we went to the look out over San Francisco from Twin Peaks. It would have been great at night time with the stars in the background – next time! 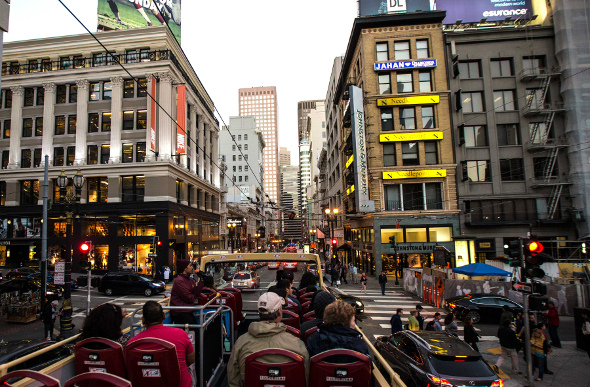 Not a bad ride for travelling through central San Francisco

If you had to describe San Francisco in five words, from your short time there?

Being the first time you’ve travelled together and being practical strangers – how did that go – being thrown on the road together? Sean, we know you like to get up early for the sunrise...

We photograph non-stop so we rarely had time to even think about it! We just worked on a simple premise ‘if I got up, he got up and vice versa’ it worked well. When we’re on the road, I [Sean] did most of the driving because I tend to get car-sick if I don’t. Craig could have a kip every now and then. When we’re out shooting, we’ll often separate and meet up later, because we don’t want to get the same shot as each other. That’s the challenge when you’re working with another photographer; you want to get something unique. 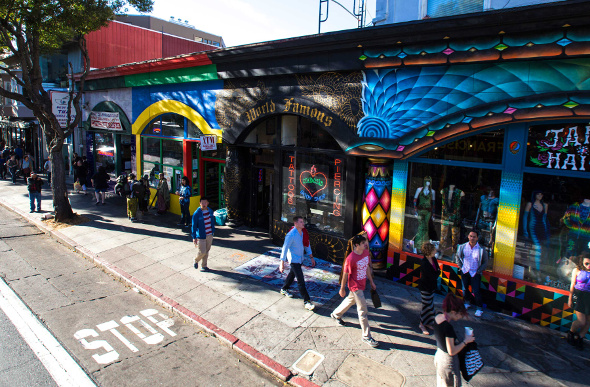 The colourful and iconic Haight-Ashbury neighbourhood

Where did the Hop-On Hop-Off Bus stop at?

Union Square, Fisherman’s Wharf, Lombard Street, Chinatown, Haight-Ashbury, Golden Gate Park and lots more. I think there was about 15 or 16 stops all up on the tour, it takes around five or six hours to do the route (with the traffic). We did get some taxis as well. It all worked out okay. The only trouble we had was at the Golden Gate Bridge; we got a taxi over the bridge, but then couldn’t get one coming back. Luckily there was a bus there that gave us a free ride back over!

How was the food?

The food was pretty great in San Francisco. It was probably where we had the best meals the entire trip. We found it a bit harder on the road – lots of steak houses – I [Sean] like steak, so that was okay, but not great for vegetarians. And the coffee – it’s not great outside of the cities, let’s put it that way. Most places are filter coffee with powdered milk – a bit of a shock for the flat-white loving Aussie! 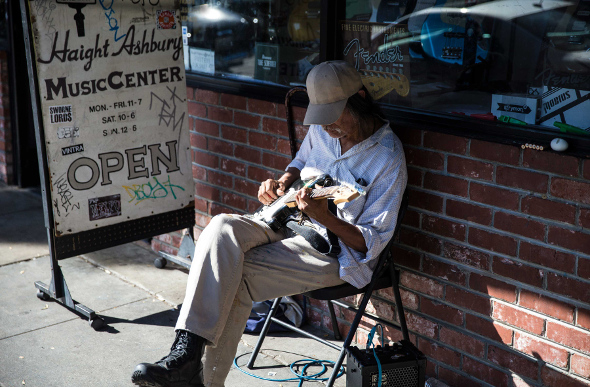 A busker outside a music shop on Haight-Ashbury

When you’re working and travelling do you still feel like you’re getting a holiday and having a fun time?

I [Sean] love photography. It’s not work to me. That’s why I get up so early, I mean if you look at the hours I was doing on this trip, getting up at 6am and working until 10-11pm at night editing photos. And then getting up and doing the same thing the next day. It’s hard to get a ‘break’, but the photography is what drives me. Although, sometimes I secretly like it if the weather turns bad, because it’s the only time things are out of my control and I can’t work. I can just chill. But then I’m like ‘oh, that storm looks good!’ and I’m out with the camera again. 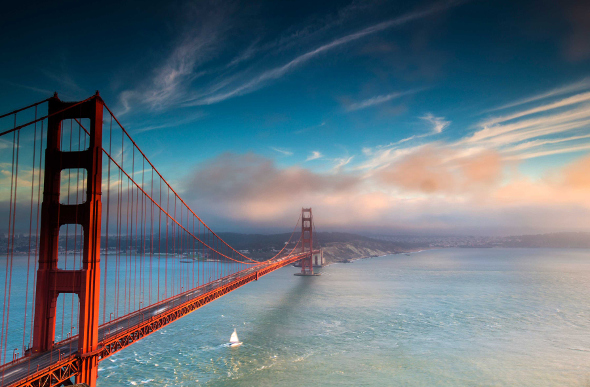 What about the family? Sean, does your wife mind you being away?

She’s great about it. But I make a point of blocking out the school holidays, and the whole family comes on lots of trips too. I’m usually only away for a week or two here and there, but I’ve got an upcoming trip in March that runs for a month, so that will be a big test. I don’t think I’ll like being away from them for that long.

From San Francisco the guys picked up an RV and made tracks for Yosemite!