Chatting with photographers and all-round nice guys Sean and Craig, it's hard to believe they had not long met before embarking on their great American road trip.

Driving, living and sleeping in an RV (a fully self-contained recreational vehicle) for a week might test anyone's relationship but this pair managed to get along swimmingly, striking up a bit of a bromance along the way. You'd be forgiven for thinking they'd been friends for years.

We chatted about their RV antics that began on the 3.5-hour journey from San Francisco to Yosemite National Park.

[embed]http://youtu.be/czORQkLbTXE[/embed]
"I got a bit carsick actually! The cliffs on the side of the road up to Yosemite are pretty terrifying. Sean was driving – fast – and he wasn’t easing my nerves! [Laughs]. Sean was sort of the ‘Dad’ of the trip – he did the most driving. Good for me though, I could film out the window and take naps!" begins Craig, the obvious larrikin of the pair.

Making their way to Yosemite, the pair was concerned about the recent bushfires in the area, and the effect on the natural landscape.

"They’d had the biggest drought in 50 years. They'd only just started to get rain, and we came in thinking that everything is going to be black after the fires...we were worried we wouldn’t be able to get any good photographs. But once we came into the National Park, they’d protected it pretty well." 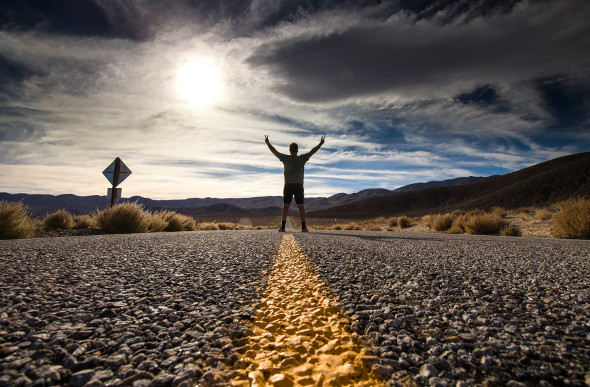 Not another car in sight

"We stayed on the outskirts and made out way into Yosemite. This isn’t the kind of trip I think you should plan your accommodation ahead of time. It’s better on the fly, so you can go with the flow when you’re travelling on the road.

"Unless you really know of a beautiful place you want to stay in the park then you might pre-book that, or in summer when it gets especially busy. But the place we were meant to stay at was an hour away, so we did a bit of unnecessary back-and-forth travel."

Cheekily, the guys took matters into their own hands and found somewhere closer to Yosemite Village to stay.

"We actually ended up sneaking into a free campground that said it was fully booked. We found a spare spot to park and I decided to take a shower in the RV, but then the management asked us to move – so I’m in the shower and Craig starts moving the van! They had another spot for us though. We didn’t get kicked out," laughs Sean. 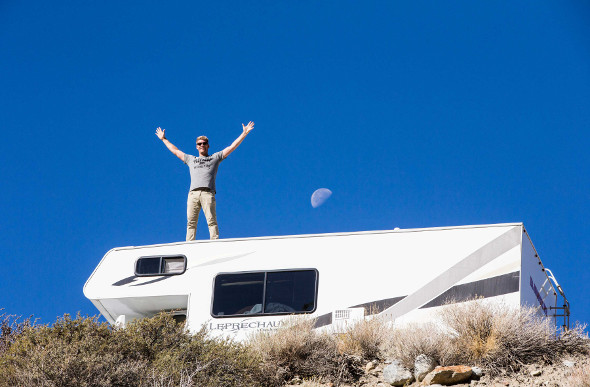 The King of Yosemite! Craig channelling his inner Leo Dicaprio a la Titanic!

When it came to sleeping arrangements, there were surprisingly no fights for the double bed.

"I got the best bed! I don’t know why Sean gave it to me!" exclaims Craig.

"I let Craig spread out in the 'bedroom' and I took the bed above the cab in the RV because I thought I might snore and keep Craig awake!"

“It didn’t work!” Craig chimes in.

Their camera equipment took up most of their space in the RV, but for the average traveller or family, Sean guarantees there would be more than enough room.

"As photographers, we had a lot of gear, but if you weren’t lugging around as much stuff as we were, there’s plenty of room to move plus a table, fridge and stove. Craig had to sleep with his cameras and drone next to him in the bed!

"What would have been good to have were some portable chairs in the RV that you could pull out and sit down outside. So that’s a tip for anyone looking to set off in an RV – hire some folding chairs before your trip." 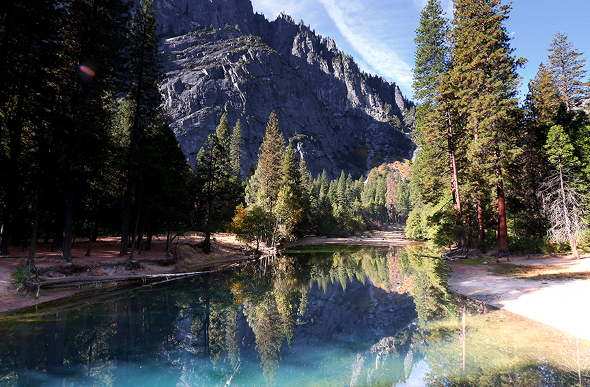 Another hot tip – make sure you've got the blackwater flush (a pipe that flushes the toilet tank) before you leave the RV rental agency.

"You might find yourself on a quiet road in the middle of nowhere looking for a spot to relocate your sewerage!" cries Craig.

"The RV company had forgotten to supply us with the pipe and I had no idea about 'greywater' and 'blackwater', plus I didn't know you had to pull out the tanks to manually empty them [Sean did!]. I had the unfortunate task of emptying the blackwater without a pump and needless to say, it was disgusting. I was dry retching while Sean was killing himself with laughter."

Apart from that minor (or major, depending on who you ask) mishap, the pair made the most of two days in Yosemite National Park, with most of their time spent up at Yosemite's famous lookout, Tunnel View, the valley floor in around Yosemite Village, and up at Glacier Point, the elevated viewpoint 2,199 metres above the village.

"Tunnel View was amazing. We stayed up there until dark and shot the stars up there. It was beautiful. When you look over El Capitan when the sun sets you can see the rock-climber headlights moving around. It’s quite amazing to think there are climbers on the cliff sleeping in tents. They’re everywhere – you see them like tiny little dots on these gigantic cliff faces," says Craig. 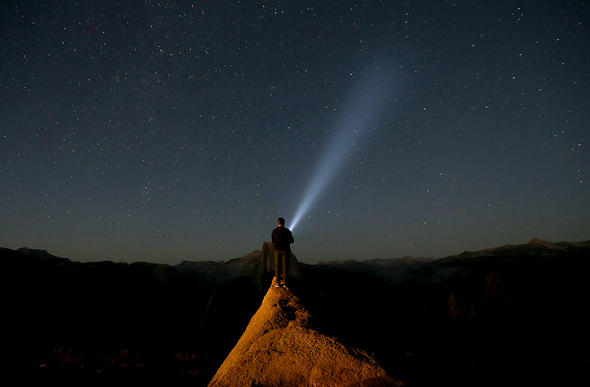 A sky full of stars

Easy to navigate, Yosemite Village is very well signed although it seems the pint-size town and dense forest disoriented Sean.

"The village area was pretty loopy! I didn't know where I was when we were there because of all the one way streets," he chuckles.

Craig would've loved an extra day at Yosemite though.

"If you’ve got the time, stay for a week to really get out and explore the park and go hiking".

"If you just wanted to cruise through, two nights would be a good amount of time to see the park too," he adds.