In this leg of the journey the guys touchdown in Las Vegas, pick up a Mustang convertible and make their way through the iconic Valley of Fire on to explore Utah’s mighty National Parks.

They found their happy place in Zion, with its chilled-out hippy town vibes and unique landscapes, but first they had to learn about the mean streets of Las Vegas...

First piece of advice? If you’re driving a RV into Las Vegas, do you research! And don’t end up on the fringes of the city in a potentially dangerous neighbourhood like Sean and Craig unfortunately did!

Our RV motor park in Las Vegas (Thousand Trails RV Resort) – we wouldn't recommend it. It was horrible – it was the pits actually!

So it was a while away from The Strip?

Yes, around 45 minutes. We parked in the RV place the night we arrived, and then walked to get dinner. We’d done a lot of driving that day, and we remember looking how much further we had to go that day and we still had another 500km to reach Las Vegas. When you’re 100km out from the city, you can see the lights of the city in the distance, but it’s still so far away!

Seriously though, anyone driving an RV to Las Vegas needs to be wary around RV motor parks just outside of Vegas. There’s a lot of crime in these areas and not the kind of place you want to end up, especially with a family. It’s not safe – it’s the kind of place you’d get mugged. It’s certainly the underbelly of Las Vegas. Head out on the highway... looking for adventure...

In Las Vegas the guys picked up a Mustang to add to their road-trip repertoire. What was your top speed in the Mustang vs. the RV?

[Laughs] I [Craig] drove the Mustang. I didn’t go too fast, it was great just cruising along. It’s really hot out in the desert though, with the roof down, you can’t really go for too long without risking third-degree burns! Tip: slip, slop, slap!

From Las Vegas we drove out to Valley of Fire. It’s very hot and still. It really feels like you’re in the desert, yet you’re only 100km from Las Vegas. We got out of the car and did a bunch of shots, and no other cars passed us within an hour. The landscape in the Valley of Fire was really dramatic, it would change every kilometre. We pulled over and went exploring through the rock formations – they’re just insane! 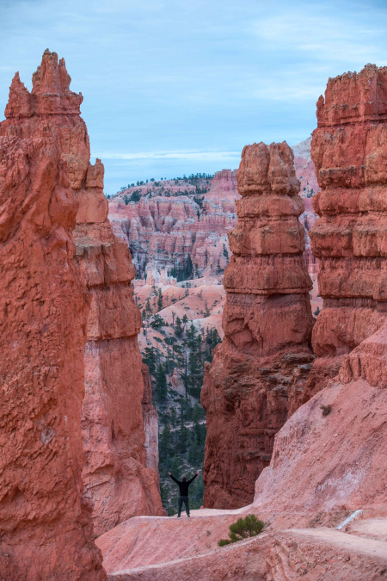 Putting everything into perspective in Bryce Canyon

Was it well signed?

Yes, there are signs everywhere and they even add a character to each rock sign – such as ‘The Three Stooges’ or ‘The Dinosaur’ or whatever. You’d look at the rock, and go “oh yeah, I see it”. A lot of Las Vegas tours take people out to this spot; it’s a great location to visit and only around an hour from the city.

Next you headed onto Zion National Park?

Yes, we headed onto Utah to check out ‘The Mighty 5’ [Utah’s five national parks]. First stop was Zion – this is the incredible park where you walk through water up into the park. That was probably my favourite spot of the whole trip [Sean]. It also had a really cool little town [in Zion], bit of a Byron Bay hippy feel. Good restaurants and good cafes with a really great atmosphere. There’s a real ‘climbing culture’ here as well, a lot of rock climbers must have settled here and have helped create the cool village vibe. It was definitely the most interesting town we found outside of the cities. One thing: it was busy within the Utah national parks. You can’t drive out; you need to catch a shuttle from the town. The shuttles depart every half an hour with around 50 people in each, so it’s pretty busy when you get out into the park. Everyone is walking the same track, so it takes a while to break off and begin to feel like you’re really out in nature and for us to be able get photographs without loads of people in them. I [Sean] walked for about three hours until I got some space to myself! I think I walked over seven hours that day, it was a massive day! We had to walk in water up to our knees in some parts, and the water was freezing cold. 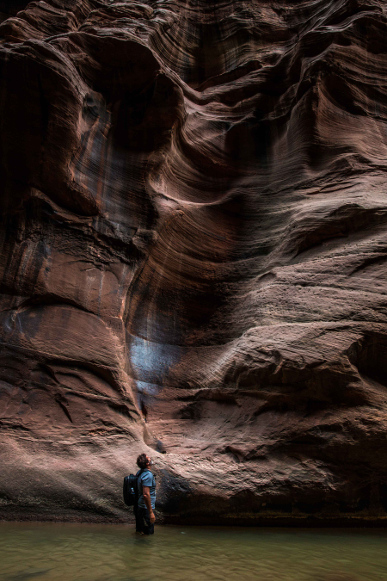 The mighty depths of Zion

Did you come prepared, with the right footwear and food rations?

Not exactly. I [Craig] brought an apple [laughs]! We knew it would be a big walk, but maybe not as long as it ended up being. We had good walking shoes, but we weren't as kitted out as some walker who had proper boots for wading in the water and walking sticks too. You can rent the gear at the park though if you find you’re not suitably prepared.

Tip: take plenty of water and more rations than an apple.

Remember: Zion is still incredible and totally worth it despite it being busy at the start of the journey. Most people will only walk an hour or so up the river, so persevere! 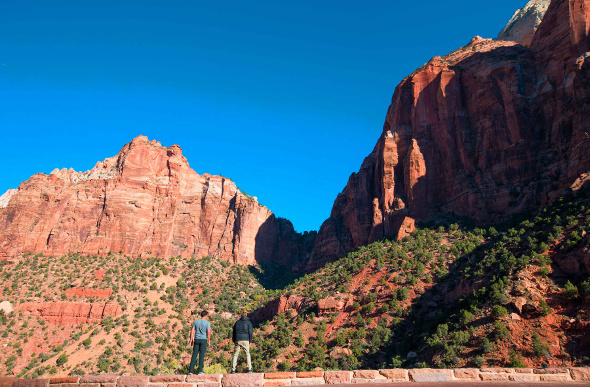 As for the hiking, is it suitable for all fitness levels?

Yes, mostly. There are lots of families and all ages visiting the park. You can go as far as you want to go. A lot of people turn around when it’s time to enter the water. It’s not a hard walk; it’s just a long way. You’re walking through these narrow, sky-high cliff faces, you can’t really get lost, there’s only one place to go. There was however one off-shoot, and that’s where I [Sean] lost Craig! I was taking some photos and I didn't see him divert, I kept going and going... and eventually I thought, I’m going to have to turn around and go back without him. Turns out he’d done the off-shoot and then headed back. I only just made it back to catch the last bus out of the park. It would have been an interesting night out in the wild! [Laughs]. But yes, it’s a great and easy place for families. 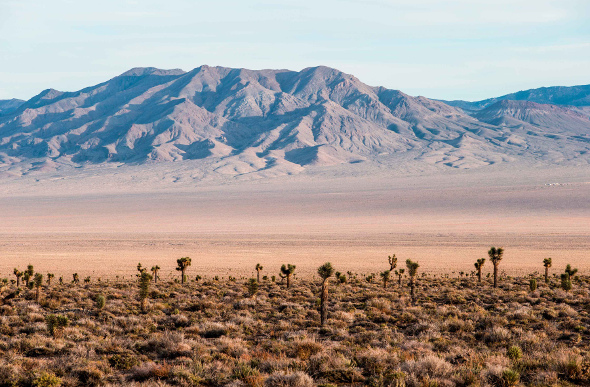 Captivating landscapes along the way

We stayed in the RV Park in town, which was walking distance into the centre to find good restaurants to eat at. You have the modern comforts, but nature is at your door step.

The next day the guys head off to Bryce Canyon...

It’s a pretty awesome drive this one. You actually drive up through a tunnel. In the RV you need to pay an extra fee to drive through the middle of the tunnel.  The toll was a real time-saver on the way up, but on the way back they stop operating the tunnel for RV traffic at 5pm and we missed it so we had to drive around, adding about another two hours to our trip.

Are there lots of tolls and fees to account for when visiting these national parks?

Every park has an entrance fee for vehicles and then some extra fees for certain roads. It’s not too much, but it does add up, 20 bucks here and 20 bucks there – so you do need to account for that in your travel budget. Was the landscape in Bryce Canyon different to Zion?

Yes, very different. It was actually more similar to Fire Canyon (Valley of Fire) with the red iron rocks. The landscape is quite unique because it’s affected by erosion, creating these interesting pillars and formations. It was like an epic Grand Canyon view. It was much colder there too; I think the altitude was higher. The weather changed noticeably through the trip. We didn’t get to explore Bryce too much, we only had one night there so we shot sunrise in the morning which was pretty cool. Taking a big walk throughout it would have been nice though, so if you’re taking passing through, plan to stay maybe two nights.