Burleigh Heads photographer Sean Scott is no stranger to hitting the open road and seeing where the landscapes lead him. Swapping his surf-drenched, sun-soaked base for the South Island of New Zealand brought Scott face to face with more photo opportunities than he could poke a lens at. Here, Scott shares his journey highlights: wild weather, territorial sea lions and icy lake dips included. 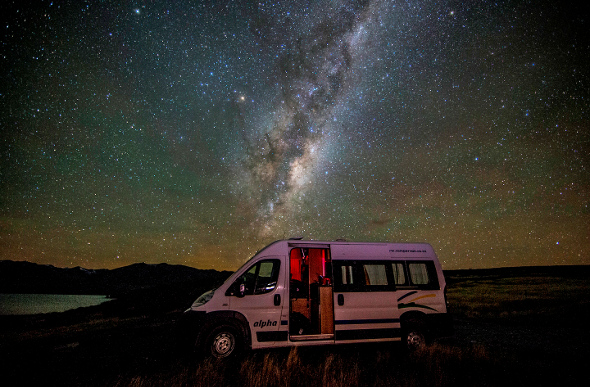 "Leaving Coolangatta at sunset, I got the feeling this was going to be an amazing trip.  The sun was setting and had lit the sky on fire, which I felt was a good omen.  I had been to New Zealand before but never had a good look around the South Island. Having 12 days in a camper van by myself, I had plenty of time to explore what was on offer.

Arriving in Christchurch, I picked up the camper van and headed straight to Lake Tekapo.  The drive was amazing – I was constantly pulling over to shoot what I thought was the most amazing road side scenery.  Around every corner things just seemed to keep getting better and better.  This seemed to set the pace for the rest of my trip. 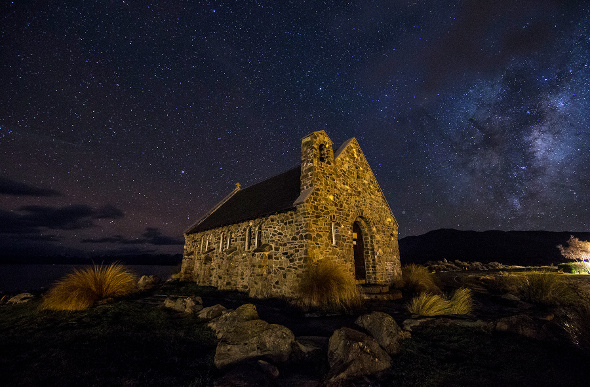 Heavens open over the Church of the Good Shepherd

Driving into Lake Tekapo, I entered into the heart of a world class Dark Sky Reserve and couldn't wait to play with some star photography, which is a new area for me. I found my campsite for the night and settled in, waiting for the moon to slip away to award the darkest sky possible.

For four hours in pitch-black darkness and the freezing cold, I ran around taking nighttime selfies with a torch and capturing the landscape around the famous Church of the Good Shepherd, until finally hitting the pillow at 2am satisfied with my adventures.

The next morning, my plans for a deserved sleep-in were shattered when I looked out my window and saw one of the most amazing sunrises over the lake nearby.  I scrambled to get my warm clothes on and gear ready, only to jump out of the van and see the last of the colours quickly disappearing.  At that point I vowed I would be up for every sunrise and sunset!

Getting Wild In The Catlins 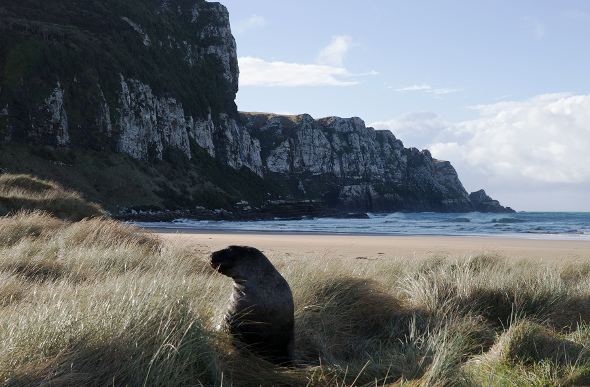 The guardian of Purakaunui Bay

Having spent two nights in Lake Tekapo, I headed southeast to The Catlins – an incredibly beautiful area blessed with both waterfalls and pristine isolated beaches.  As a surf photographer I always have my radar on for classic, uncrowded waves, so naturally I found myself down at Purakaunui Bay – a dramatic beach with huge cliffs surrounding the bay.

When I headed down onto the beach to shoot some waves, there was not a single footstep on the sand. I was in my own little world exploring this hidden paradise when, out of nowhere, a huge sea lion jumped out of the long grass and barked, scaring the life out of me.  He proceeded to chase me, which I imagine would have been quite a sight to see! Every time I returned to the beach I saw the same sea lion either entering the surf or standing tall, guarding his private sanctuary.

Capturing The Wonders of Wanaka 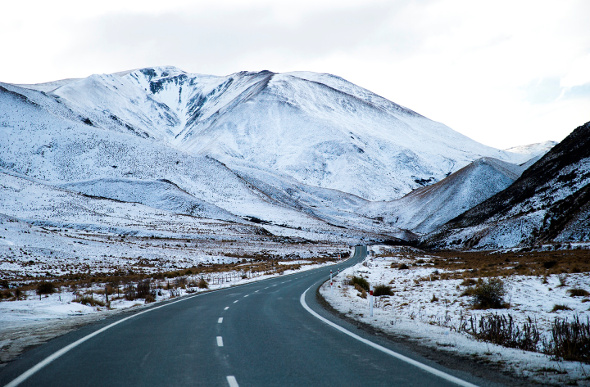 All roads lead to glory in Wanaka

After exploring The Catlins, I headed back to Wanaka.  The scenery here was to die for – I explored all the bays and mountains in a few days, but really needed a month to do the place justice.  It was so grand I struggled  to show the perspective of what I was looking at through my photos.

From Wanaka, I ventured over to Queenstown where the mountain passes offered one of the most amazing drives I have ever had. A fresh dumping of snow paired with clear blue skies made it quite spectacular.  Unfortunately, a severe storm warning cut my time in Queenstown short, but I couldn't resist the chance to chase some huge swells back in The Catlins.

After six hours in the van battling rain, hail, sleet and snow, I arrived at Curio Bay.  That night the temperature dropped to -9 and the van was shaking like it was going to be tossed over. When I woke in the morning, the weather was still just as wild. I popped down to Purakaunui Bay again, said hello and goodbye to my sea lion mate and decided to cut my losses, journeying six hours' back to where I came from. 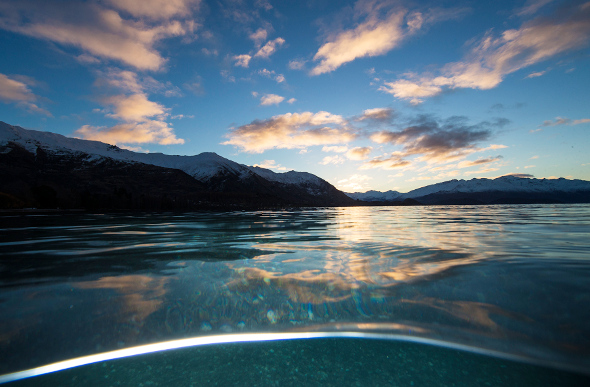 No pain, no gain: Sean's in-water shot of Lake Wanaka

That was the beauty of my motorhome road trip: I had no set plans and could go wherever I wanted to.  I arrived back at Lake Wanaka to yet another amazing lake sunset. There was not a breath of wind and the lake looked so inviting.

It was at this point I decided to get into the water and shoot the sunset from the lake. Near freezing with ice trimming the lake's edge, it was a surreal experience but I was rewarded with some of the most unique shots of a lake that has seen much camera action.