Le Crouton café and bakery doesn’t have a Facebook page, an Instagram account nor a website. I’m not even sure that they have a phone number. None of that matters though. What does matter is that have the best French bread and pastries this side of the Left Bank.

Tucked away in suburban Freshwater, go there for a mouth-watering Francophile-style breakfast or brunch. But don’t bother about lunch – they’ve usually sold out by midday.

Did someone say coffee? 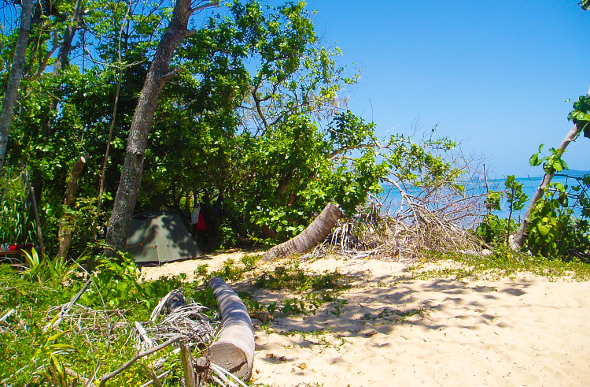 Camp out on the Reef

Everyone knows that you can snorkel on the Great Barrier Reef, right? But you probably didn’t know that wetsuit-clad snorkelers are heading inland to the Wet Tropics Rainforest.

Launching themselves upstream into waters clearer than gin, snorkelers drift with the current, checking out rainforest inhabitants along the way. River Drift Snorkelling is a water-borne adventure likely to bring out the Indiana Jones in you. 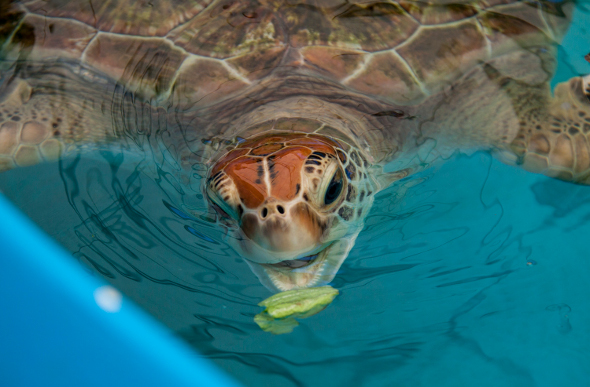 Tens of thousands of turtles come ashore at Raine Island annually to nest. It’s the world’s largest known rookery for endangered green turtles. Turtle hatchlings are born with an internal GPS that enables them to return to their birthplace to breed and nest.

Check out the Cairns Turtle Rehabilitation Centre at Fitzroy Island, which is their last stop before eventual release for sick and injured turtles. 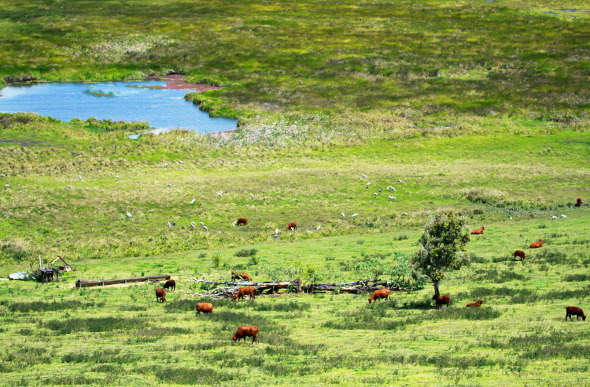 The Atherton Tablelands dairy industry produces 56 million litres of milk. Similarly the beef industry bats above its weight with around 500 farms. If you’ve a hankering for fine beef or even finer cheese, yoghurt and fresh milk you’re in the right place.

Check out Mungalli Creek Dairy Farm and Misty Mountains for fresh milk that comes with a decadent layer of cream on the top (even the low fat variety!).

The city, the beaches, the hinterland and more. Check out A Local's Guide To Cairns

Get back to nature and Get Your Glamp On: Roughing It Queensland Style

It’s hard to be kept a secret when you’re a few hundred metres long and bookended by a couple of powerful diesel engines. We're talking, of course, about Queensland Rail’s new train choofing between Brisbane and Cairns.

Did you know that the brand new Spirit of Queensland is the only train in Australia with swanky lie-flat seat/beds? Trainspotters are no doubt already onto this. 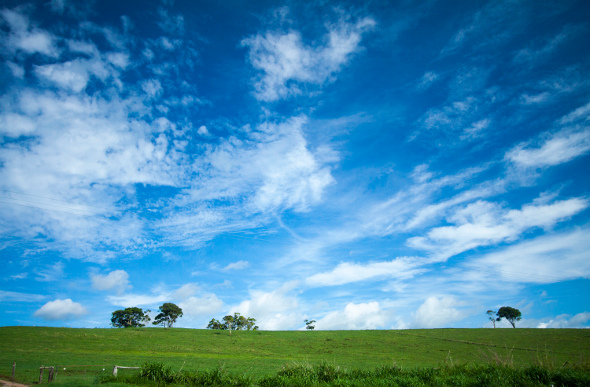 Nothing but blue skies on the Tablelands (Image: Fiona Harper @ travelboatinglifestyle.com)

Not the easiest mountain to pronounce, Mt Hypipamee Crater (try saying that fast a couple of times!) is Queensland’s poster child for prehistoric volcanic craters. An enormous cavity was created by an ancient gas explosion purportedly sending bombs shooting across the Atherton Tablelands.

After being closed for eight years the newly reopened (unsealed) Kirrama Range Road winds through World Heritage rainforest and eucalypt bushland, past waterfalls and cultural and historic sites.

It connects coastal Cardwell with the southern Tableland mountains and is likely to become a bucket list road trip for any self-respecting adventurous camper, fisherman, hiker or waterfall junkie. 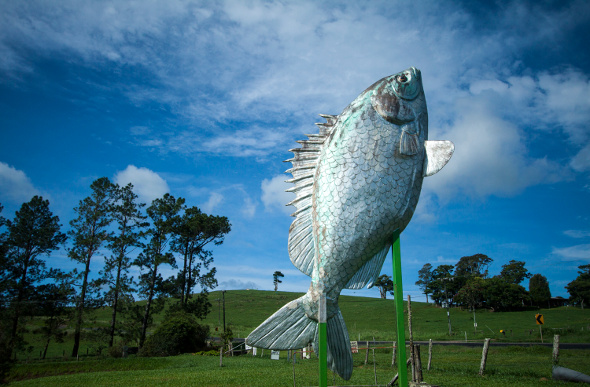 Every region has its fair share of kitschy Big Things and Tropical North Queensland is no exception. It’s hard to miss the towering sculpture of James Cook casting his shadow over the Captain Cook Highway on the drive between the airport and city.

Further afield you’ll find the big cassowary (Mission Beach), a big peanut and an even bigger barramundi (Atherton Tablelands). Fishos get another contribution with the big marlin (Cairns), while Tully’s big gumboot is a nod to its high rainfall. The impressive Curtain Fig Tree (Yungaburra) is nature’s fabulous contribution. 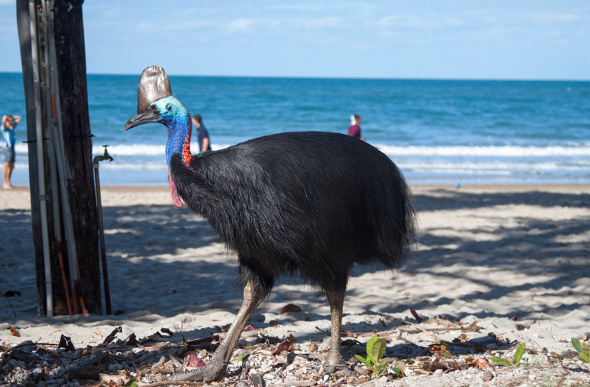 Don't cross paths with one of these bad boys! (Image: Fiona Harper @ travelboatinglifestyle.com)

A cross between an emu and a drag queen (ok, maybe a slight exaggeration), approximately 2,000 southern cassowaries are battling extinction. Most of them inhabit isolated pockets of rainforest, swamp and mangroves.

Australia’s second largest flightless bird after the aforementioned emu, they are distinguished by glossy black plumage, cobalt blue neck, dangling red pendulous skin and a high helmet. Be wary if you do spot one. They’ve got the cantankerous manner of that sleep-deprived, grumpy bloke down the street that everyone avoids.

Fiona is a freelance travel writer & blog editor based in Cairns. Widely travelled, highly acclaimed and much published, Fiona's articles & images are published across the globe. When she's not writing about North Queensland she's probably running a marathon or exploring the globe by foot, bike, kayak or boat: whatever mode of transport she can get her hands on!
more articles from this author 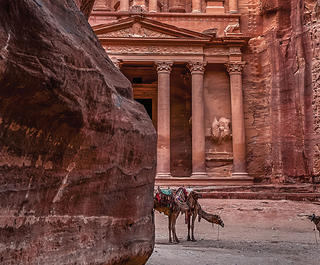