How To See The Northern Lights In The Yukon

How To See The Northern Lights In The Yukon

There is something watching the skies, especially when they're draped with dancing lights and vivid colours. A glimpse of the majestic Aurora Borealis is sure to give anyone tingles of excitement. Canada's Yukon territory has some of the most spectacular Northern Lights in the country, as well as some of the most reliable light displays in the Northern Hemisphere. Don’t forget to bring your camera! 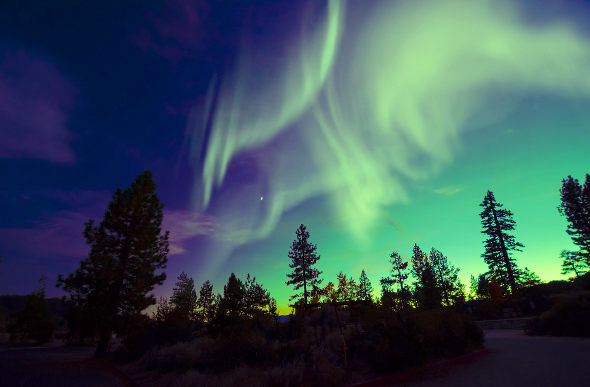 The Aurora Borealis in action

Yukon: the name alone kindles thrilling images of vast beauty and untouched wilderness. A visit to Canada's north is a surefire way to get in touch with the great outdoors. Immerse yourself in an authentic experience of unchanged lands where the locals still live as they have for hundreds of years.

In 1898, during the Klondike Gold Rush, the Yukon’s population spiked and the area saw its greatest number of inhabitants. The Yukon territory has since returned to its natural state of tranquillity. The province, sandwiched between Alaska and the Canadian Northwest Territories, is home to Canada’s tallest mountains and the world’s largest ice fields below the Arctic.

There are many sights and activities to experience in the Yukon, from a jaunt in the quirky Dawson City to mingling in the capital Whitehorse. However, a visit is never complete without being spectator to one of nature’s most awe-inspiring phenomena, the Aurora.

Get To Know The Basics

The atmospheric phenomenon of the Northern Lights has been written about auspiciously for thousands of years. It is undoubtedly a magical sight that can conjure up sensations that awe spectators, but how does it really work?

In the Arctic and Antarctic polar regions, charged particles in the sun’s solar winds collide with gaseous particles in the earth’s atmosphere. This creates streaks of colourful lights that appear to dance before your eyes. The colours signify the high altitude in which this natural collision is taking place. Simple, right? 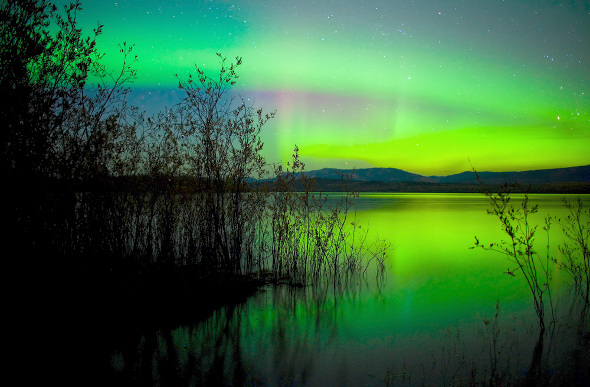 Northern Lights over Lake Laberge in the Yukon

Make sure to time your visit during Canadian autumn and spring – between August and April – to best catch a glimpse of the Northern Lights. If you go in September, there is also a chance to experience the autumnal shift in Canada, complete with its famed bursts of colour.

The Yukon is among the most reliable places in the world to spot the Northern Lights. It is always wise to be informed, though, and check environmental conditions before planning your travel.

Waiting Is Half The Pleasure

Some have likened the Northern Lights to divas, as there is no guarantee the spectacle will perform. But, once the lights do emerge, it is an unforgettable experience that stays with you for a lifetime.

Most people allow a couple of nights in quest of the Lights, camping out in tents or yurts. Bring some essentials to help pass the time, although hours tend to fly by when you’re roasting maple syrup toffees and sharing stories by a campfire.

Annisa Dharma was born in Surabaya, grew up in Montreal, found home in Bali, and is now living in Melbourne. She's currently plotting her next move. When she’s not busy chatting up random locals while travelling, or submerged underwater surrounded by colourful fish, you’ll probably find her upside down in downward facing dog.
more articles from this author