Settling Into The Norfolk Island Pace

Settling Into The Norfolk Island Pace

Originally from Bundaberg on Queensland’s Fraser coast, Dave Porter has spent almost a decade living on Norfolk Island with his wife Joanne. Even compared with Queensland’s laid back lifestyle, Dave acknowledges that the island, which is so entwined with Australia’s history, has a very comfortable pace. 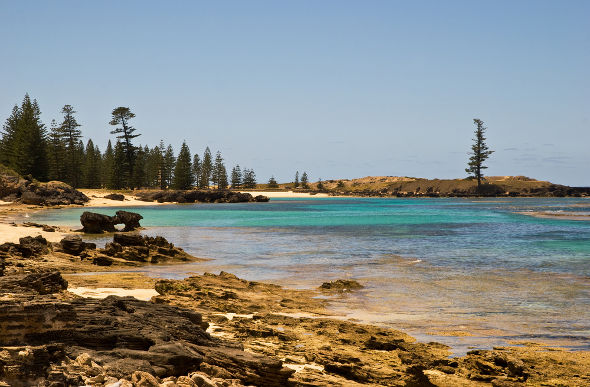 “It’s a simple life. The community is small so you have a lot of personal space. We don’t lock our house and we don’t lock our car. You don’t have any safety issues. People here are less suspicious. And this certainly comes through in the way we interact with not just the locals but with our visitors,” said Dave.

“This means Norfolk is a great destination for the whole family. The kids can go shopping on their own. There’s minimal risk – parents don’t need to worry. It’s because we have that value in our community. And the kids love the freedom. There are plenty of activities around. They can go bike riding, swimming at Emily Bay and they can walk in the national park. The beach at Emily Bay is one of the nicest beaches I’ve seen – there are no stingers and its swimmable all year. Around the corner the corner at Slaughter Bay, there’s a coral reef so you can take a glass bottomed boat tour.”

Dave has a special interest in Australia’s offshore islands. He has also spent considerable time on Lady Elliot Island constructing and maintaining the various incarnations of the resort on this beautiful coral cay at the southern end of the Great Barrier Reef.

“I’m a carpenter by trade, building contractor by profession. In the late 1970s I was doing the physical work. As each new owner took over the lease on the resort on Lady Elliot they would contact me for advice because I have all that knowledge about the island,” he said. 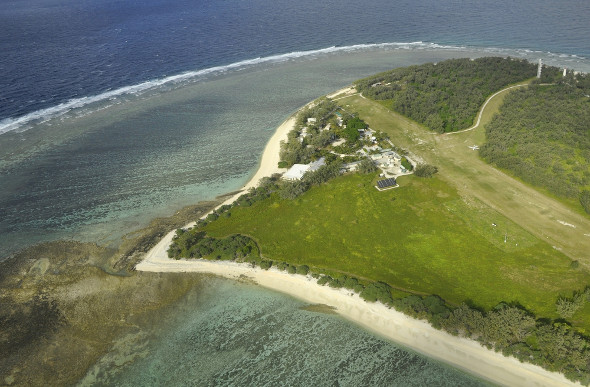 But now his focus is with Norfolk Island – he runs the Aataren Villas, is a member of the Norfolk Island Legislative Assembly and sits on the Tourism Advisory Board.

“That laid back life style encourages couples to reconnect with each. I notice that couples who stay with us need some time out, they want to patch up the frayed ends. From a stroll through the National Park, to relaxing on the beach or a leisurely picnic lunch at one of the well appointed coastal viewing areas there are numerous places around the island perfect for couples to reaffirm their relationship,” he said.

“There’s a monument to Captain Cook on quite an elevated spot. There are barbecues there and it also has extensive areas of lawn. I encourage our guests to take a picnic up to this lookout and just let the world go by. There are huge vistas out on to the ocean that are just spectacular.”

Dave is quick to remind Flight Centre that most of us learn about Norfolk at school but this is where all that history comes to life. There’s the oldest public road in Australia here – it links the Kingston Pier to the Cascade Pier. The English settled on the island three weeks after they landed at Sydney Cove and they needed to connect the two piers. He also says that the island boasts one of the oldest golf courses in Australia and the oldest cricket pitch in continual use. This is not to mention all those remarkable colonial period buildings and the cemetery. 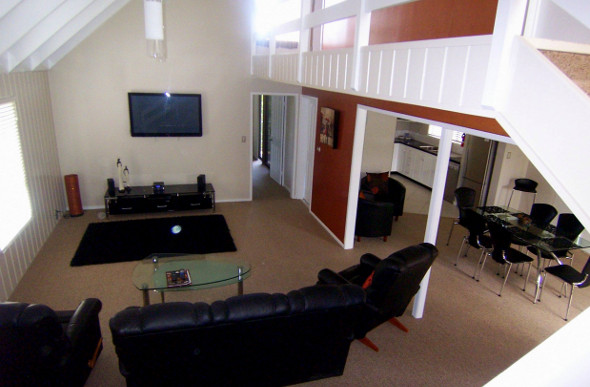 After a day of doing as little or as much as you like, visitors can return to their accommodation at the Aataren Villas. On offer are one, two and three bedroom garden villas. This property is quite literally in the centre of everything which includes a two-minute stroll to three of the best restaurants on the island, a five minute walk to the best club and a 10-minute meander into town. It’s also a five minute drive to the airport, the beach and the Kingston historic precinct. Each villa comes with a car that makes exploring the island easy.

“A holiday on Norfolk Island is sure to recharge the batteries and leave you refreshed and relaxed,” said Dave.

48 Hours In Hobart - Australia’s New Capital Of Cool
12 January 2021
Top tips for what to do in Hobart: Stay at the MACQ01 hotel arguably the coolest hotel in Tasmania Go on a gourmet food walking tour or dine at one
Read Time: 7.0 mins
Australia