If you’re looking for designer dresses, suave suits or a fantasy of frocks, Milan offers some of the world’s best fashion stores.

Even if you don’t want to buy, you might as well enjoy a good stickybeak. Milan provides some of the most remarkable window-shopping on the planet. 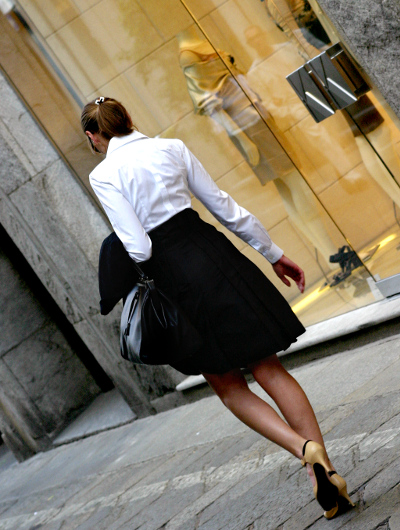 Begin at the top end of town for sheer spectacle. Milan’s downtown haute couture ‘Golden Quadrangle’ is formed by Via Montenapoleone, Via Sant’Andrea, Via Gesu and Via della Spiga. You’ll find the flagship stores of every famous Italian designer, plus those of foreign rivals and creative wannabes.

Flamboyant Dolce & Gabbana (22 Via della Spiga) has a rococo theme with gold thrones in the changing rooms. Malo (7 Via della Spiga) is padded with white leather, and Armani (31 Via Manzoni) features minimalism and a sushi bar.

Galleria Vittorio Emanuele II looks like an ornate art gallery, but is one of the world’s earliest shopping malls, opened in 1865. It’s a great place for coffee and people watching. 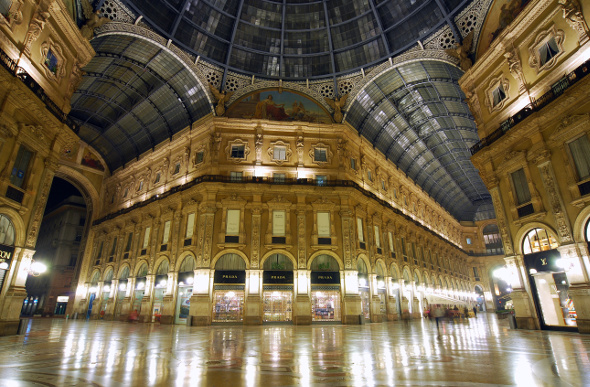 There’s a massive choice of designers, with some of their clothes created just for the Italian market and not available anywhere else. There are no bargains, but prices in Milan are often a quarter cheaper than in Paris or New York.

6 Reasons To Visit The Vatican

Around town, concept stores provide a glimpse at emerging fashion trends. The best known is ultra-chic 10 Corso Como, named after its street address. It houses several boutiques, a cocktail bar, hotel and courtyard cafe that are the ultimate in Milanese style, and often sells clothes just off the runways.

Antonioli (1 Via Pasquale Paoli) is often even further ahead of trends, offering cutting-edge designer clothes for those who like more offbeat styles. 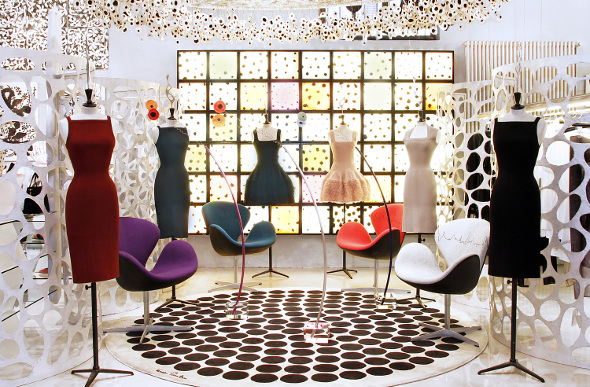 Go vintage at Cavalli E Nastri (2 Via Brera), whose rails are crammed with designer-label castaways in immaculate condition.

For something more informal, Dondup (22 Via G Sirtori) provides jeans, T-shirts and casual styles for men and women, while Pellini (20 Via Manzoni) sells innovative accessories and costume jewellery, much of it made from beautiful resins.

Milan might be renowned for high-end fashion, but it isn’t short of mid-range stores either, especially along Corso Buenos Aires, where there are also market-style clothing stalls.

Department store La Rinascente (Piazza Duomo) is another good place for reasonably-priced clothes and household goods, and has a great cafe with city views.

The real bargains are found in factory outlets (blochisti), where old-season designer duds have great price tags. However, you’re obliged to rummage among almighty piles of unsorted clothing to find your dream dresses.

Three of the top factory outlets are Gastone (20 Via Vanzetti Augusto), Te con le Amiche (33 Via Visconti di Modrone) and local favourite L’Arnmadio di Laura (25 Via Voghera), which not only has last season’s discounts but pre-loved clothes discarded by actors and supermodels. 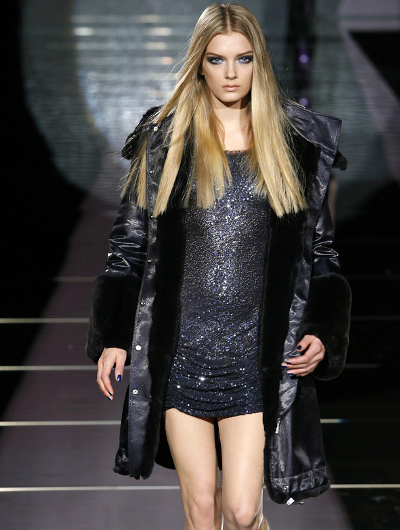 Make a final visit to Il Salvagente (16 Via Fratelli Bronzetti), whose name means ‘the lifesaver’ because it will provide the ultimate dress, suit or shoes for a wedding or party at prices that won’t see you sacrifice an arm and two legs.

You’ll find everything from frothy Versace ball gowns to deceptively simple-looking Armani suits or vintage wedge-heel shoes by Ferragamo. In Milan, even if you shop in factory outlets at bargain prices, you can be sure to end up looking like a million dollars.

Visit your local Flight Centre store or call 131 600 for more advice and the latest deals on travelling to Milan.