Some things in San Francisco never change. The Golden Gate Bridge is still, in fact, orange; Lombard Street still has eight hairpin turns in one block. But if it's been awhile since you were here, you'll be wowed by the Ferry Building's transformation.

Here's a rundown on attractions old, new and refurbished in one of the country's most vibrant, beautiful and exciting cities.

The Exploratorium, the city's hands-on science museum, has moved to spiffy new headquarters on the waterfront at Pier 15.

Featuring indoor and outdoor exhibits, this museum is great for kids but there's plenty for adults too. Learn about plankton populations, crawl through the pitch-black tactile dome or step into the mobile camera obscura and view the world upside down.

On Thursday nights, the museum shows an edgier side with adult-only events (and adult-only beverages).

SOMA - the area south of Market Street - has boomed and busted with the tech economy, but right now it's all about the boom.

Tweet from the street (after all Twitter HQ is just around the corner), stop for a bite at a food truck, or take in the sunset from the View Lounge at the Marriott Marquis, where the view includes Moscone Center, which will host the interactive NFL Experience for the Super Bowl in February, and AT&T Ballpark, home of the San Francisco Giants. 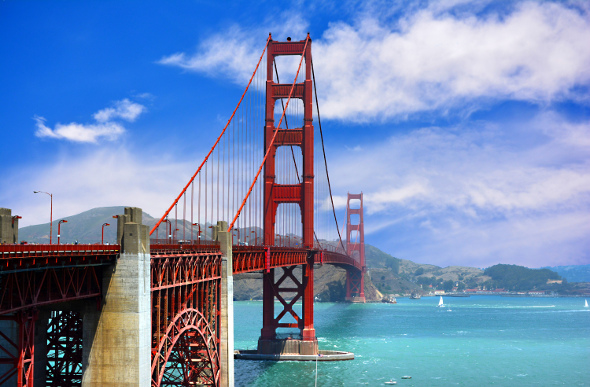 The Golden Gate is actually orange

The Golden Gate Bridge is only 2.7 kilometres long, but its appeal spans the world. You can drive, bike or walk across to the Marin Headlands.

Ride the cable cars from downtown to Chinatown or the waterfront. Tickets are $7 and can be purchased at the end-of-the-line turnarounds or online.

The former federal prison of Alcatraz, once home to Al Capone, used to be a place people tried to escape; now it can be tough to get in. Book well in advance if you want to go; the Alcatraz Cruises ferries leave from Pier 33.

Fisherman's Wharf and Pier 39 are must-sees for many. Get crab and shrimp cocktails from one of the many vendors lining the sidewalks, walk around the Musee Mecanique for some old-school arcade fun at Pier 45, pick up that tacky T-shirt you've been yearning for

Don't forget Boudin's Bakery, which has turned the city's famous sourdough bread into an art form.

Lombard Street is a fun place to visit, not a great place to drive. The section of eight hairpin turns, one way, downhill, starts at Hyde Street. Best place to take a picture is at the bottom of the block on Leavenworth Street. 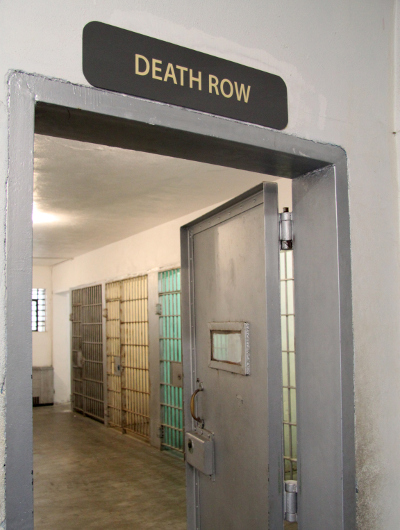 The finality of Alcatraz

In the mood for sea air? Head out to the ruined Sutro Baths at Ocean Beach, once an indoor swimming pool complex, now an interesting place to walk around.

The Cliff House nearby serves everything from a cup of clam chowder at the bar to high-end fare at Sutro's, a restaurant with floor-to-ceiling windows offering amazing views of the coastline.

Tickets to most attractions can be purchased online. Wear comfortable shoes — the hills really do go halfway to the stars — and dress in layers. Days can swing from chilly to balmy in minutes. The San Francisco CityPass is worth checking out.

It's a city for two wheels. How To Cycle San Francisco

Like most great cities, San Francisco is a good place to wander. A neighbourhood worth exploring is North Beach, which does not have a beach but does have sidewalk cafes, shops and the landmark Church of Saints Peter and Paul.

Coit Tower at the top of Telegraph Hill is a good photo point. Inside you'll find floor-to-ceiling murals showing scenes of early San Francisco. Buy a ticket at the gift shop to ride the lift and get 360-degree views of the city. 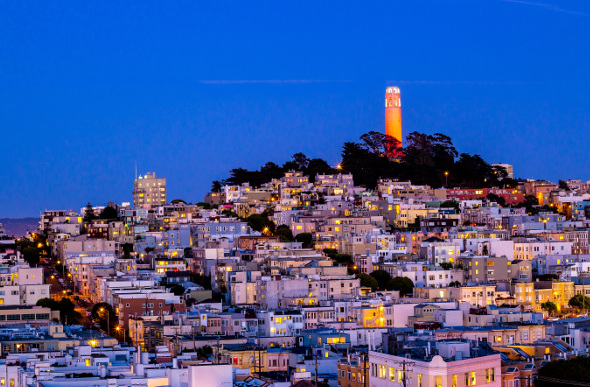 The Coit Tower and Telegraph Hill

Another good place to find sustenance is the Ferry Building on Embarcadero, now home to cafes, stores, a thriving farmers market three days a week and, yes, even ferry rides.

If you want to shop until your credit rating drops, head for Union Square, home to Neiman Marcus, high-end boutiques and a huge Macy's.

If you walk past the Sir Francis Drake hotel on Powell Street, look for the doorman: It might be Tom Sweeney, a familiar city sight in his beefeater suit, who's been whistling for cabs for 40 years.

More into culture than couture? The city is home to several museums, including the SFMOMA, closed right now for renovations but set for a grand reopening in May.

The California Academy of Sciences, with its living roof, is a good place for all ages, and The Walt Disney Family Museum offers a seriously entertaining look at the life of one of America's great innovators.

And there's no better place to get your tiki on than The Tonga Room at the Fairmont Hotel, a former indoor swimming pool now featuring nightly rainstorms, tropical drinks and the Island Groove Band. It's the sort of experience that has to be seen to be appreciated.

This article was written by Michelle Locke from The Associated Press and was legally licensed through the NewsCred publisher network.