Singapore may be a small country, but the city-state is gifted with extraordinary diversity. Every district has its own distinctive character and proud history, often stretching back to the founding of the original colony.

The story of Singapore and its melting pot of ethnic and cultural influences is plain to see when exploring the city today.

Knowing a little about Singapore's main districts can be useful when planning where to stay and what to do on your trip. From the tourist attractions and upscale shopping of Marina Bay to the exotic eateries and markets of Chinatown and Little India, there’s plenty to discover when visiting Singapore.

Marina Bay is the first item on the itinerary for most visitors, as this is where Singapore keeps its iconic landmarks. Get your obligatory photos of the Merlion and the panorama from the Marina Bay Sands SkyPark, before taking a stroll among the 500,000 plants at the award-winning Gardens by the Bay. 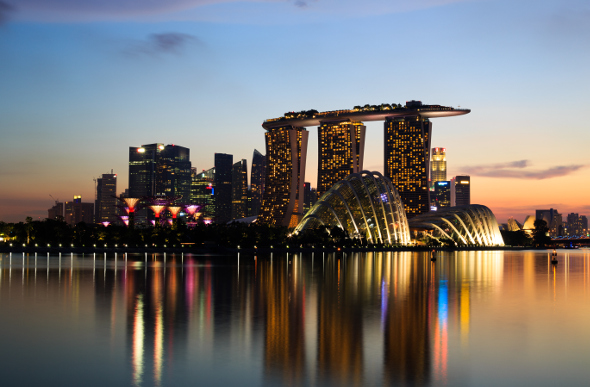 If you think your wallet can take it, indulge in some high-end retail therapy at Singapore's most upscale malls such as The Shoppes at Marina Bay Sands and Marina Square. Get your culture fix at a variety of museums, galleries and Esplanade Theatres on the Bay before the sun goes down and the Wonder Full – Light & Water Spectacular show lights up the bay.

Singapore's most fashionable district for dining and nightlife, Clarke Quay is buzzing with locals and visitors by day and night. Take your seat at one of the many riverfront restaurants and bars and enjoy some famed cosmopolitan cuisine while taking in the high-end surrounds. 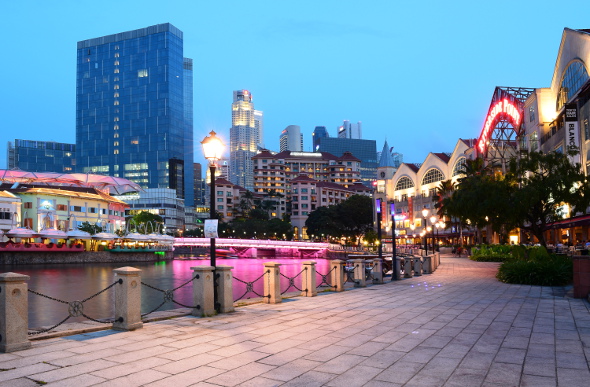 Clarke Quay holds its own with retail opportunities too – from the latest Japanese-inspired fashions at Central and UE Square malls to handcrafted pewter souvenirs made to order at the Royal Selangor store.

One of Singapore's most colourful districts, Chinatown is eternally popular with tourists and savvy shoppers, who can find bargains on gold and jade jewellery, exotic therapies and souvenirs at traditional shops, markets and modern boutiques.

If fashion is not your forte, you can join the many other tourists who flock to Chinatown for the food. Chow down on all your favourite and less familiar menu items at street carts, chic restaurants and the serving windows along the covered Chinatown Food Street. 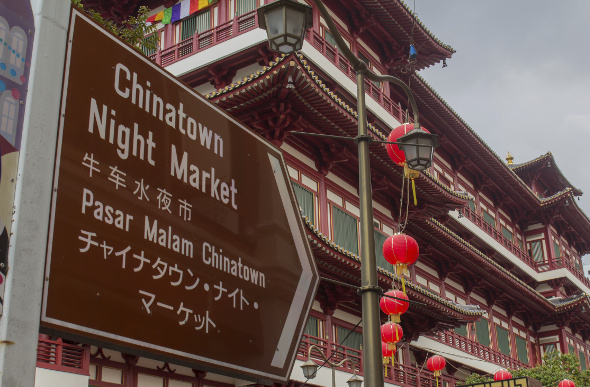 Chinatown is also a perfect example of Singapore's cultural smorgasbord, where the Buddha Tooth Relic Temple and Museum stands alongside the Sri Mariamman Temple and Jamae Mosque (Masjid Jamae).

Named after the native Gelam tree, Kampong Glam was Singapore's original Malay and Muslim district, and is home to some of the city's oldest buildings, which have since been lovingly restored.

Among these is the Masjid Sultan, which was built in 1826 and remains Singapore's most significant mosque. Kampong Glam is also famous for its many shops and colourful boutiques, stocking everything from designer labels along Haji Lane to the traditional textiles, perfumes and rattan handicrafts of Arab Street. 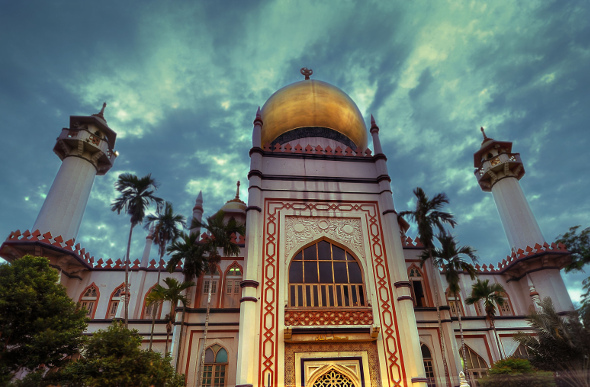 Things to do in the city. 8 Must-Do Singapore Attractions For Every Traveller

And the shopping is simply spectacular. Inside Guide On Shopping In Singapore

Just outside the city centre, Bras Basah.Bugis is one of Singapore's original districts and has been a centre for the arts since its founding and is now home to the School of the Arts and other institutions.

Today, it's perhaps best known for the lively shopping centres of Bugis Street and Bugis Junction, where hundreds of outlets offer major discounts on branded goods compared to the upscale malls of Marina Bay. 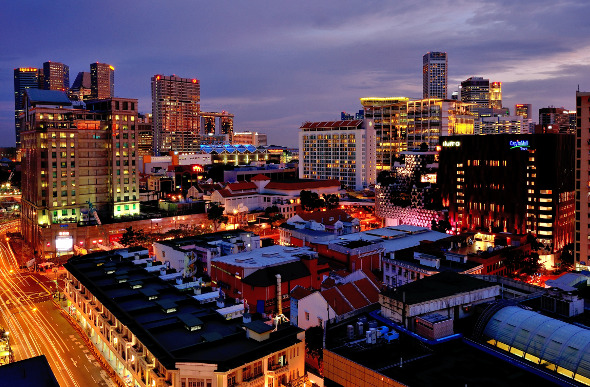 Beautiful Bugis - a centre for the arts

For visitors, Bras Basah.Bugis is also the best place to learn the history of Singapore by visiting the National Museum, Peranakan Museum and local monuments such as the beautiful Armenian Church dating back to 1835.

As its name declares, Little India is the heart of Singapore's Indian community and has a laid-back, bohemian atmosphere that feels a world away from the hectic city centre. If you're here for the food, you'll find a wide selection of local eateries and modern restaurants serving dishes from all over the subcontinent, as well as local delicacies like fish head curry. 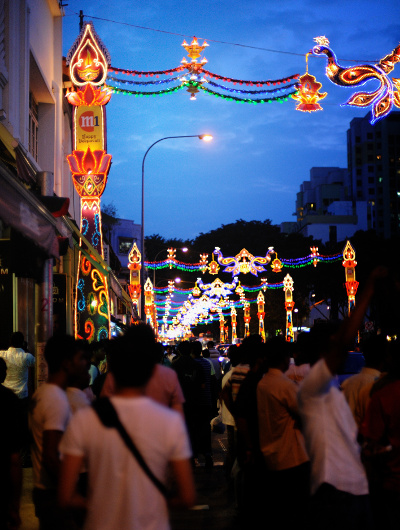 For souvenirs, the 24-hour Mustafa Centre is a budget shopper's paradise, stocking over 300,000 items from traditional saris and jewellery to the latest gadgets, or you can simply wander the streets admiring the distinctive architecture and historic temples.

Get a taste of the Singapore of old by heading east of the city centre to Joo Chiat and Katong, the home of Peranakan culture where ornate shopfronts and terraced row houses date back to the time of plantations. 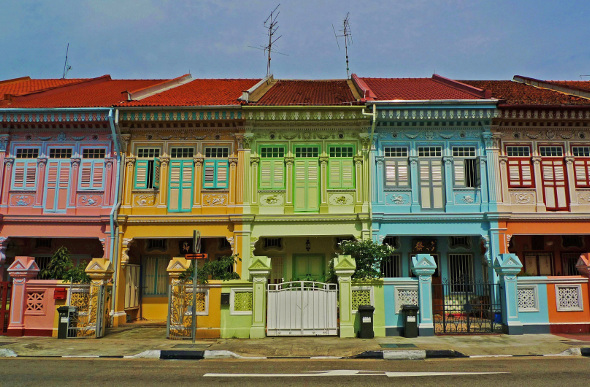 Visit your local Flight Centre store or call 131 600 for more advice and the latest deals on travelling to Singapore.