It's an ever-changing landscape out there in the world of snow sports and luxury. The burgeoning apres-ski scene is accompanied by a growing list of alternative adventure sports.

From ice hotels and blood-pumping activities, to all-night parties and gourmet offerings, here are the latest and greatest happenings around the ski resort circuit. 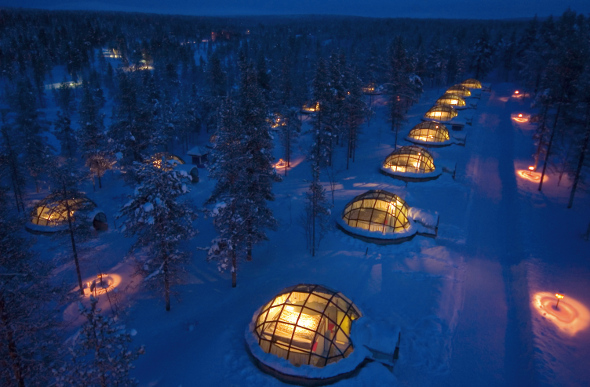 Ice hotels are one highlight for snow enthusiasts in 2016

Think it’s all about skiing or boarding when it comes to the snow? These wintry adventures will change your mind.

Designed for cycling in the snow, fat bikes have been around since at least the early 20th century. Recently, these special bikes (they feature extra-large tyres on wide rims) have been making a mark for the masses.

Where to try fat biking: 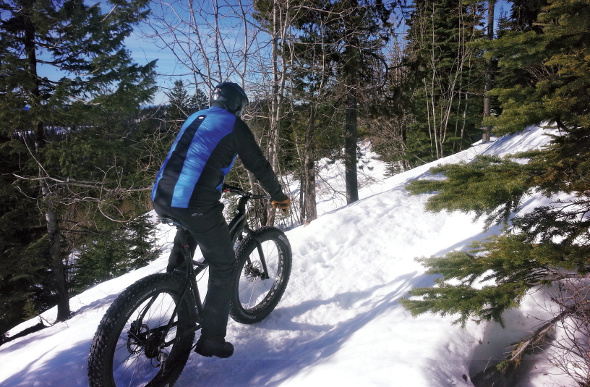 Fat biking have become a popular alternative to skiing and boarding

Snowmobiling is an adventurous winter pastime on small open vehicles – so it’s a bit like driving or motorbiking, but on snow instead of a road.

Where to try snowmobiling:

Uphill skiing (also known as alpine touring, backcountry skiing and skinning) is growing in popularity. Using climbing skins and binding attached to the base of skis, enthusiasts half slide, half tread uphill before skiing downward.

Where to try uphill skiing: 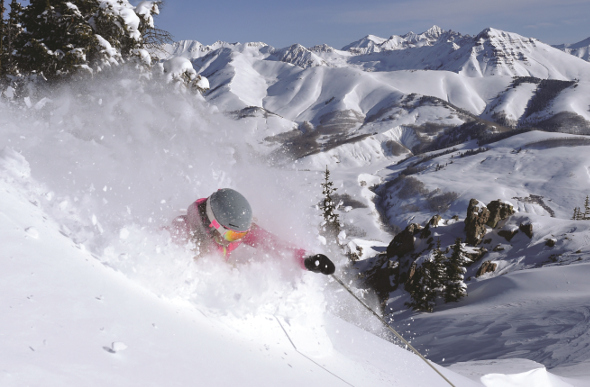 Jukkasjarvi Icehotel in Sweden is the biggest ice hotel around and the first of its kind. It’s rebuilt every winter with 2,500 tonnes of ice harvested from the Torne River.

Intricate snow art adorns the walls of the ice suites at Kirkenes Snow Hotel, which opened back in 2006. The super-cool (excuse the pun) place to sip vodka and hang out is in the Icebar.

Set amid snow-drenched forests, the Kakslauttanen Arctic Resort feels like an Eskimo’s playground. The snug glass igloos can accommodate two to four people. 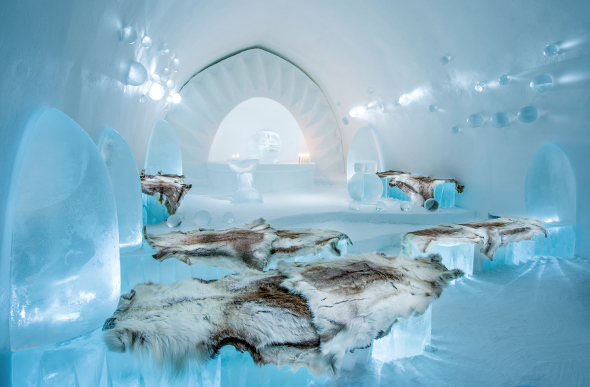 Step into a magical abode at Jukkasjarvi Icehotel in Sweden

You know you’re in America’s ski fields when bars battle it out for the best apres-ski Bloody Mary with outlandish garnishes from bacon to caviar, celery salt, mini burgers and beer chasers.

You know you’re still there when offered two graham crackers, marshmallows and chocolate to roast over a fire. Together they create the gooey sweet s'mores found at ski resorts across the USA.

What is skiing in Europe without cheese, and lots of it – dip crusty bread into pots of melted gooey cheese fondue in Switzerland or dine on slabs of charcuterie meats with a side order of melted Raclette cheese in France’s Savoy Region.

In Germany and Austria expect gluhwein, a spicy warm red wine drink to get your bones glowing, and in Italy it’s all about Bombardino, a wicked mix of advocate, brandy and eggnog. 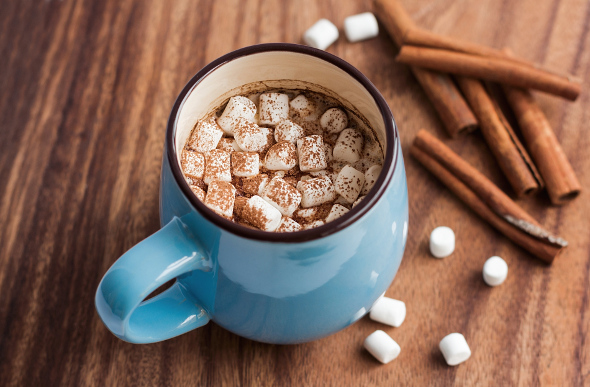 Got to get that hot chocolate hit!

Expect katsu don on the slopes of Japan, a delicious dish of rice with pork schnitzel, egg, condiments and sauce, or try the traditional Ramen noodles in a broth-style soup.

But no matter where you choose to ski there are two temptations you’ll find at every resort: hot chocolate and marshmallows.

The Four Seasons in Vail pours hot chocolate from a copper pot through a fine lace doily made of chocolate and The Little Nell in Aspen makes its own marshmallows to serve up with coverture melted chocolate in hot milk.

Every ski town has an apres-ski scene, an integral part of any ski holiday, but some apres bars are internationally revered. The Krazy Kangaruh in the capital of apres mayhem, St Anton, is one of the most well-known bars on the scene. But be warned, you may ski in sober but you’ll stumble back down the hill after dancing in ski boots on the bar.

The Farinet Apres Bar in Verbier has a retractable roof for when things get too steamy. Traditional apres starts here at 5pm and is all done by 9pm. If you need to ask why, then you clearly haven’t been.

In Jackson Hole Wyoming it’s all about the Mangy Moose, a Western-style bar with yes, you guessed it, a life-sized moose. Cocktails are lethal, so enter the saloon at your own risk. 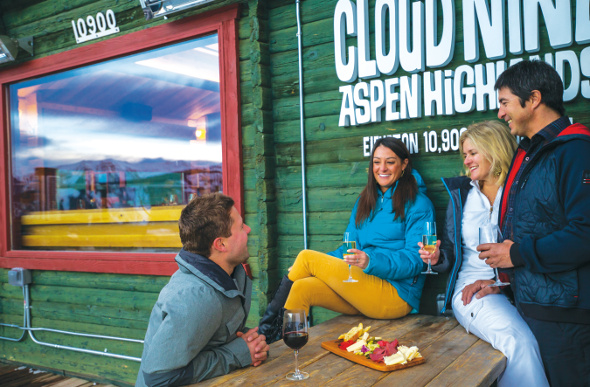 Cloud Nine is known for its party atmosphere and celeb encounters

Cloud Nine on Aspen Highlands has a certain reputation. Skiers and boarders hike the 45 minutes up the Highlands Bowl to score some inbound backcountry-style terrain before skiing down and straight into the mid-mountain chalet. Will Ferrell has been spotted dancing on the tables at lunch time. You get the drift.

If you’re in Whistler this winter then you’ll no doubt find yourself in prime position in Garibaldi’s above the gondola ready to imbibe the array of Bloody Caesars (Canada’s Bloody Mary made with clamato juice) on offer.