The north-east coast of the USA and parts of Canada are bracing for heavy snowfall and blizzard like conditions due to strike Monday night (local time). Although currently the worst of the weather is yet to strike, between 50 per cent and 70 per cent of flights in and out of NYC area airports have already been cancelled. 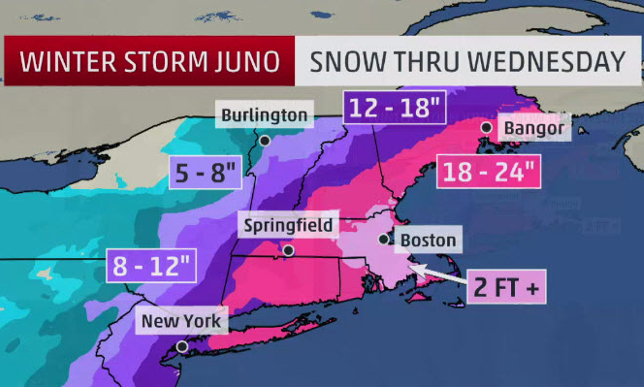 All airlines are offering customers the opportunity to re-book without penalty. In most cases, customers will be contacted regarding cancellation of their flight; however, customers should still check the status of their flights if they are not contacted directly by the airline.

Be aware that services to/from Europe, Asia, Africa and the Middle East will also be affected so please check directly with the relevant carrier(s).

Important information for customers in the region of the storm's path:

Further details about the storm are available on the Weather Channel.