Storybook Locations To Relive The Magic

Storybook Locations To Relive The Magic

The wilted corners of pages turned night after night hold the keys to some of our earliest memories; perfect fantasies bound only by the limits of imagination. For generations, children’s storybooks have transported us to worlds we never dreamed possible, from the winding depths of dark and dangerous forests where bad wolves lurk to the dizzying heights of wizards flying on broomsticks in pursuit of golden snitches.

Over time, these scenes and characters become etched into our DNA. But even the world’s most influential storytellers created such unforgettable fantasy lands based on real-world inspiration. Together, explore the heart-warming locations you grew up with – and that your children have grown to know and love – and once again be immersed in a world of sheer wonder. 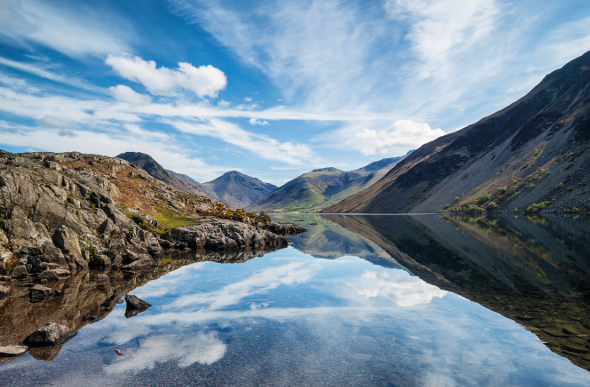 Discover the land of Peter Rabbit in the tranquil, rolling landscapes of England’s Lake District in Cumbria. The lush green meadows, tree-lined valleys, glistening waters and charming stone villages inspired many of Beatrix Potter’s beautifully illustrated children's books – as did the local wildlife that were cast as her loveable leading characters. Visit Hill Top, the 17th-century farmhouse and gardens where Potter penned her works, admire original watercolours and sketches at the Beatrix Potter Gallery, and watch her stories come to life at the award-winning World of Beatrix Potter attraction. There are plenty of ‘Peter Rabbits’ frolicking in the fields too. 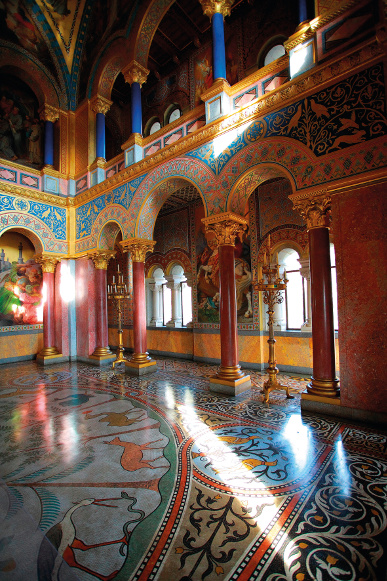 Enchanting forests, whimsical spires and a picture-perfect alpine backdrop make Neuschwanstein Castle a real-life fairytale in the Bavarian Alps. It’s no wonder the castle’s striking facade was used as inspiration for Disney’s Magic Kingdom and the bastion of Sleeping Beauty. The fantasy-fuelled King Ludwig II, also known as the ‘mad king’, built the extravagant castle as a place of refuge in the 1800s. Ironically, it has today become the most visited castle in Europe. Discover a spellbinding maze of spiralling staircases, over-the-top lavish rooms, cobbled courtyards and soaring balconies lined by marble archways framing panoramas fit for a prince and princess. 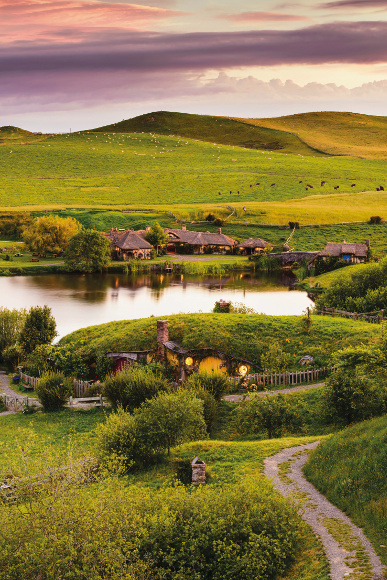 Take a journey to Middle-Earth in New Zealand. The high-fantasy world of J.R.R. Tolkien’s The Lord of the Rings and The Hobbit novels comes to life at the Hobbiton Movie Set. Set on picturesque rolling farmland just outside of Auckland, this bucolic setting for The Shire is accessible only by guided tour. Discover Hobbit Holes, Green Dragon Inn, the Party Tree, The Mill, the iconic double-arched bridge and other structures and gardens built to imitate scenes from one of the best-selling novel series ever written. Beyond Hobbiton, New Zealand is rich in astonishing natural landscapes also used as a dramatic backdrop in filming. 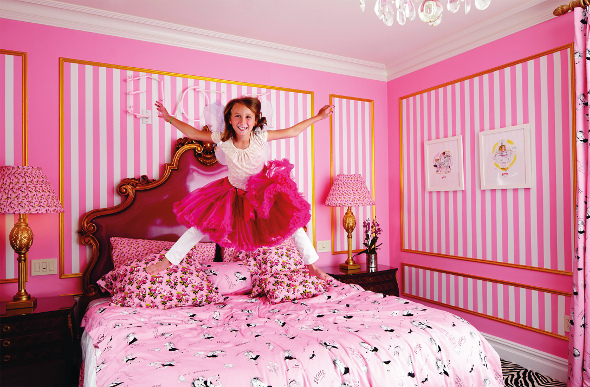 Follow in Eloise's mischievous footsteps at The Plaza Hotel

The halls of New York City’s Plaza Hotel come to life as vividly in the flesh as they do in the pages of Eloise, published in 1955. Author Kay Thompson lived at the hotel as she wrote the story of this fiendish six-year-old ‘city child’ who spied on guests, poured water down the mail chute and made the hotel her playground. The Plaza Hotel proudly claims Eloise as part of its heritage and even hangs her portrait in the lobby. Visit the ‘tippy-top-floor’ where Eloise lived, dine from themed menus at the Palm Court and sleep over in the one-of-a-kind, pink-swathed Eloise Suite, which perfectly captures her ebullient spirit. Children can also rent bicycles to scoot around the park, play dress-ups and more at the Eloise Store. 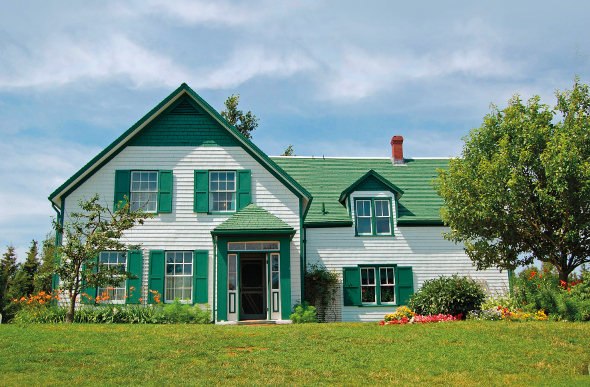 It has been over a century since Anne of Green Gables was published and in that time, scenes from the novel have been immortalised in musicals and plays, in film and live-action television series. But the real-life inspiration lives on in Cavendish, on Prince Edward Island. Wander the iconic farmhouse central to the story, where author Lucy Montgomery spent endless hours visiting her cousins who owned it in real life. Complete with its dark green painted gables, it is now a literary landmark and in the 1930s, was granted national park status. Just minutes away, you can find the ‘Haunted Woods’, ‘Lovers Lane’ and ‘Balsam Hollow’, as well as visit The Avonlea Village museum to glimpse a perfect replica of the village. 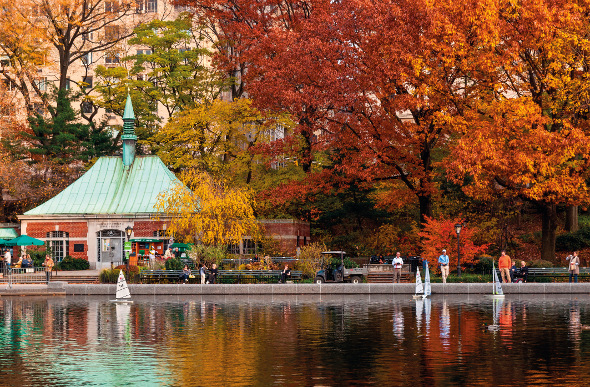 The 1999 movie adaptation of Stuart Little is impossible to forget, but it was the book that first won our hearts. Written by E.B. White in 1945, it’s a classic tale about the mouse that could – miniature in stature but determined to survive in a big and often frightening human world. His adventures take us across New York City, and in one of the most famous scenes, to Conservatory Water in Central Park. Here, Stuart sailed a toy ship to victory in a race across the pond. From April to October, you can relive this magical moment by renting a model sailboat near the Kerbs Memorial Boathouse, or else, simply watch. On Saturdays, a race sets sail from 10am. 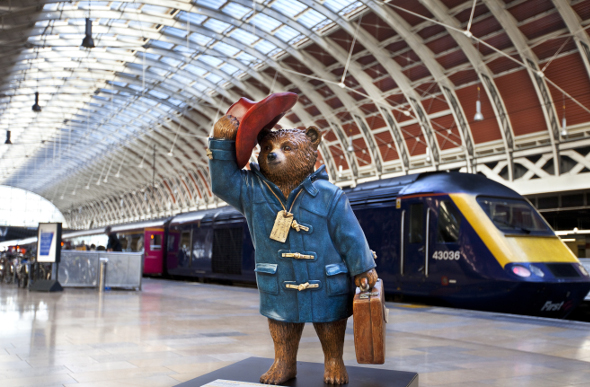 Have you been to Platform One to see Paddington?

The classic tales of Paddington Bear have long held children’s imaginations captive. This cuddly star of more than 20 books was catapulted to fame in 1975 on our TV screens with the popular animated TV series. In 2014 the Paddington Bear movie put London on the big screen again for a new generation. Relive the opening scenes on platform one of Paddington Railway Station, where the bumbling bear first arrived from Darkest Peru and today, the world’s only Paddington Bear Shop stands. Seek out Gruber’s Antiques shop on Portobello Road, stop by Buckingham Palace where the bear took refuge, and finish at the Natural History Museum where the dramatic climax sees Paddington meet his nemesis, the cruel taxidermist played by Nicole Kidman in the film. 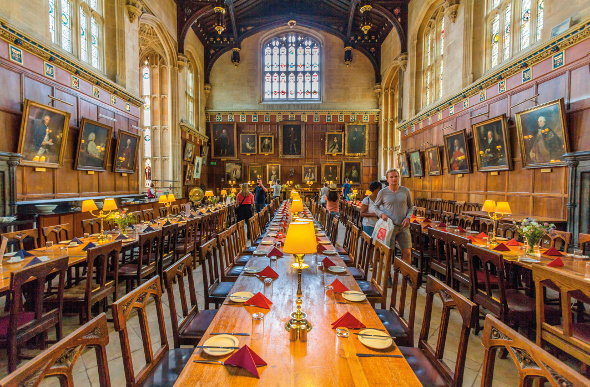 J.K. Rowling took us on a whimsical journey over seven enthralling books and now, Harry Potter is the most famous wizard in the world. Where did all that magic begin? At the Hogwarts School of Witchcraft and Wizardry. Discover the real Hogwarts at England’s prestigious Christ Church College in Oxford. Follow in the footsteps of Harry and the other first-year wizards as they first arrived to be greeted by Professor McGonagall: ascend the same 16th-century stone staircase to the Great Hall. While there may not be floating candles and moving portraits, this hall with its vaulted ceiling is a truly miraculous sight to behold. 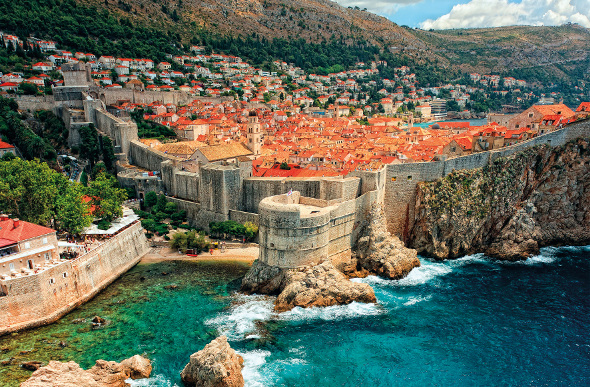 Do you recognise Westeros?

The epic Game of Thrones storyline that has audiences across the world gripping the edge of their seats is based on A Song of Ice and Fire, a series of fantasy novels by George RR Martin. The UNESCO World Heritage city of Dubrovnik proved to be the perfect backdrop for scenes of powerful Westeros during filming. Wander the Old Town streets where everyday life played out in King’s Landing, scale the ancient city walls to discover the Tomb of the Undying at Minceta Tower, and peer down over the bay where the Battle of the Blackwater took place. Amid such medieval splendour, you can unlock the secrets of many more scenes across the city, including the ‘Red Keep’ and ‘Qarth’. 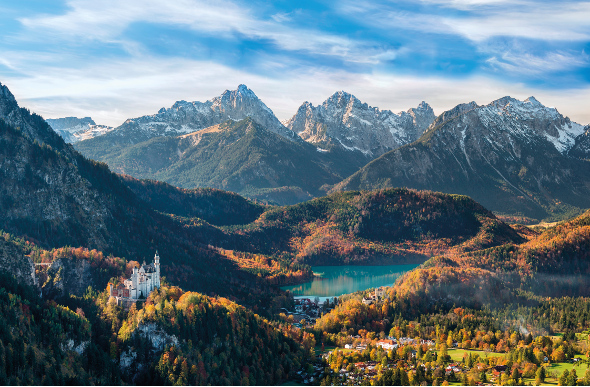 The Brothers Grimm were inspired by Germany's mountainous landscapes

The old-style fairytales of the Brothers Grimm transpired over 200 years ago in the charismatic heart of Germany, along what has now been coined the German Fairytale Route. A 600km stretch, it takes in the colourful forests, beautiful rivers, medieval castles and hilltop villages that inspired the likes of Red Riding Hood, Hansel and Gretel, Cinderella and Rapunzel. Peer into the famed ‘Talking Mirror’ at Lohr Castle, step into the Snow White Museum in tiny Bergfreiheit where real dwarfs once lived, and stop in Hamelin, where the Pied Piper lured the rats away with his tunes. Nostalgic sights and museums abound around every twist and turn, including the very towns where the Grimm brothers lived, while an entertaining lineup of events adds a touch of fanciful theatre.

Hanau to Bremen via Marburg and Kassel, Germany

What We Wish We Knew Before Travelling With Kids
5 September 2019
Real advice from those who’ve flown, road-tripped and caught public transport with kids in tow. Because who doesn’t need help navigating the ins and
Read Time: 4.5 mins
Family 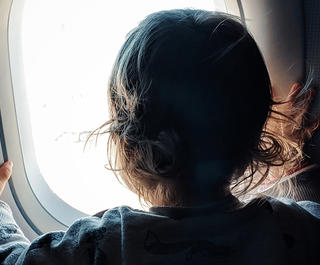 The 7 Emotional Stages Of Flying With A Toddler
22 August 2019
You’ve probably heard all about the seven stages of grief (as defined by Swiss psychiatrist Dr Elizabeth Kubler-Ross) but unless you’re a parent
Read Time: 1.8 mins
Beach

Fun In The Sun: Hamilton Island For Families
22 April 2019
Planning a family holiday can be tricky; finding somewhere each family member will enjoy, timing it to suit, budgeting and booking – and that’s all
Read Time: 4.2 mins