A half-century after its waves were showcased in the seminal surfing film The Endless Summer, Dakar is becoming an essential stop for globe-trotting boarders looking for the perfect ride. The documentary, first released in 1964 and credited with sparking worldwide interest in the sport, follows two Californians as they search the planet for the best summer surfing – starting in the Senegalese capital.

But it was decades before locals started noticing the city's now popular surf spots, including the long, powerful Ngor Right wave featured in US director Bruce Brown's movie.

"When I started surfing, there were just two Senegalese who practised with quite a few expatriates," says 37-year-old Senegalese pro-surfer Oumar Seye, eyes pink from the sea water. "There was no club, no federation ... We would watch the tourists surfing, and that's what gave us the desire."

Seye is a native of Ngor, a fishing community which, along with Yoff and Ouakam, is the home of Senegal's ethnic Lebou community. When he was little, he would help an uncle selling sandwiches and drinks on the beach.

It's better than being locked up at home

"It was the place where all the surfers met ... Whenever I had the chance to go into the water, I would surf. That's how I learned," says Seye, who rode his first wave at age 13.

One of the pioneers of the sport in a country with 700 kilometres of coastline and 13.5 million inhabitants, Seye today takes part in shows and competitions, which he also organises, drumming up sponsorship to pursue his passion.

"I am the first black surfer to get a pro contract," says Seye, who has founded a surf school of "43 members aged from three to 64" and a shop selling famous brands in surf clothing and equipment. 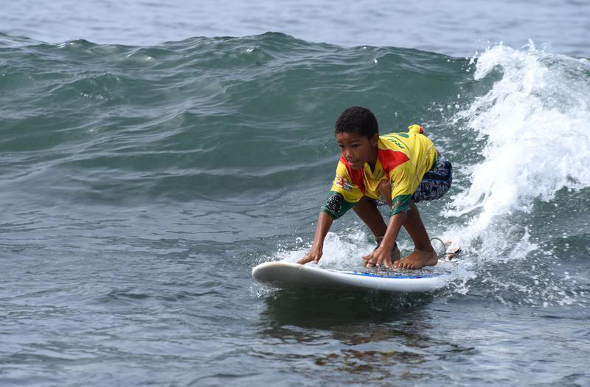 A young boy catches a wave

Nine-year-old Benjamin Vercammen, one of Seye's students, has been surfing for a year with his brother Alexandre, one year his junior and barely bigger than his board.

Riding the waves prevents him from being "locked up at home", Benjamin says, shivering with cold after emerging from the water.

Franco-Cameroonian Noura Diwouka, aged 15 and a surfer of three years, is among the most experienced in the water. In the sport, there is "more feeling, more speed", she says, but she has no intention of going pro, insisting that "it's just for fun".

Body and board meet in Australia. Body & Board: Yoga & Surfing In Beautiful Byron Bay

People of Ngor have been doing this since time immemorial

Aymeric Senghor recalls first encountering board sports 20 years ago on a trip to the beach in Bel-Air, a rocky plateau jutting into the bay on Dakar's east coast. There he fell in love with bodyboarding, in which the surfer rides a short, rectangular piece of foam on the face or curl of the wave, usually lying down and propelled by flippers.

The thin and sharp-witted 35-year-old also has a school and his own competition, whose second edition was held in May at the Almadies peninsula, a 10-kilometre stretch of coastline with 15 popular surf breaks. 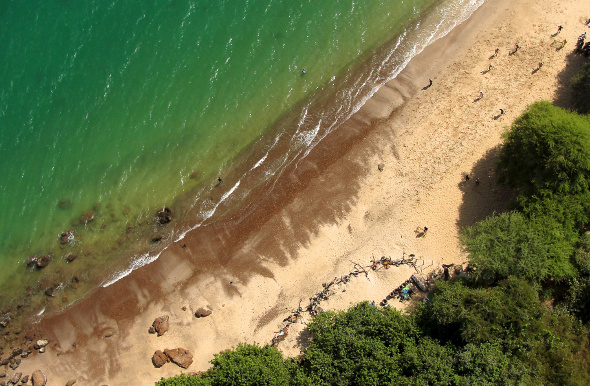 The beach at Dakar (image: Getty)

Bodyboarding, quicker to pick up than surfing, is hugely popular but could "develop better" with more support, says Senghor, suddenly distracted by the cries of a crowd watching a competitor powered by a strong wave.

Yan Dagassan, of the Senegal Surfing Federation, says that while surfing has its origins in Polynesia, Dakarites have long practised one of its cousins, stand-up paddleboarding.

"The people of Ngor have been doing it since time immemorial on old boards and with dug-out canoe paddles," he says.

As board sports become increasingly popular in Senegal, Dagassan says there are now eight clubs with more than 280 members and a national championship. Senegal also enters international competitions, where it usually ranks well.

"We have no money and we have never had any funding, but in 2014, for the first time, we participated in the African championships and we got second and third place," Dagassan says. "The popularity of these local surfers has inspired young Senegalese who want to emulate them."

The sport, nevertheless, remains largely the preserve of foreigners on Dakar's beaches where local families, sunbathers and the curious prefer to watch rather than take part.

But it's not just the money. Apart from fishermen, "most Senegalese are happy to look at the waves rather than going in to experience them", says Seye.

"Now through the surf schools, we teach swimming, and surfing in Senegal is about to explode because there we have strong momentum," he adds.