While the Statue of Liberty is a world-famous icon and the Hollywood sign is something you just have to see, there are other drawcard destinations in the United States that occupy an entirely different realm. Nature has been quietly ­– or not so quietly – working away for millions of years and devised a few must-see destinations of her own. Here are some of the best. 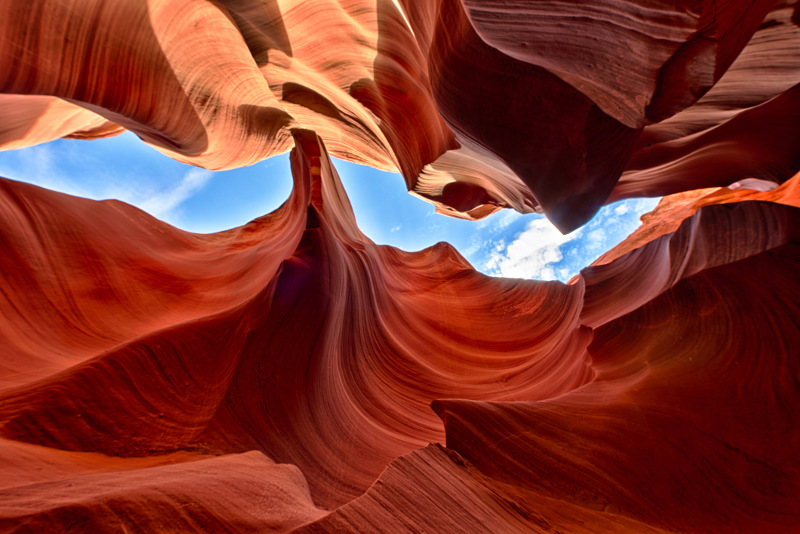 The flowing shape of Antelope Canyon was formed by millions of years of wind and water erosion. Image: Getty

Antelope Canyon (Upper and Lower) is a famous Southwest slot canyon in Northern Arizona, located within the LeChee Chapter of the Navajo Nation. Beams or shafts of direct sunlight radiating down from openings in the top of the canyon are much more common in Upper Antelope Canyon than in Lower. The canyon can only be visited through guided tours, partly because monsoon rains can flood the canyon so quickly. Hawaii’s black sand beaches were – and continue to be – created by volcanic activity, formed when lava flows meet the cooler ocean water. This causes the hot lava to fracture into black, glass-like fragments which, over time, erode into fine, sand-like grains. For anyone who has only ever known pale sand beaches, the black sand takes a while to get used to. 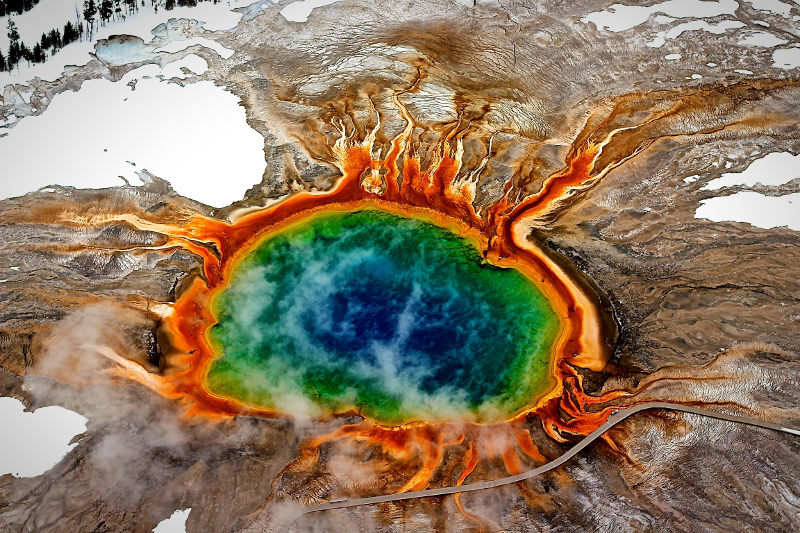 Yellowstone’s Grand Prismatic Spring is the largest hot spring in the park, and one of the largest in the world. Image: Getty

No, this beauty isn’t photoshopped. The hot spring’s magnificent colours are all due to heat-loving bacteria. Headed water flows through cracks in the Earth’s surface unobstructed, creating a nonstop cycle of hot water rising, cooling and falling. This cycle creates rings of distinct temperatures around the centre which, in turn, create very different environments. Each environment is inhabited by different types of bacteria and that’s what explains the rainbow-like prismatic colours. 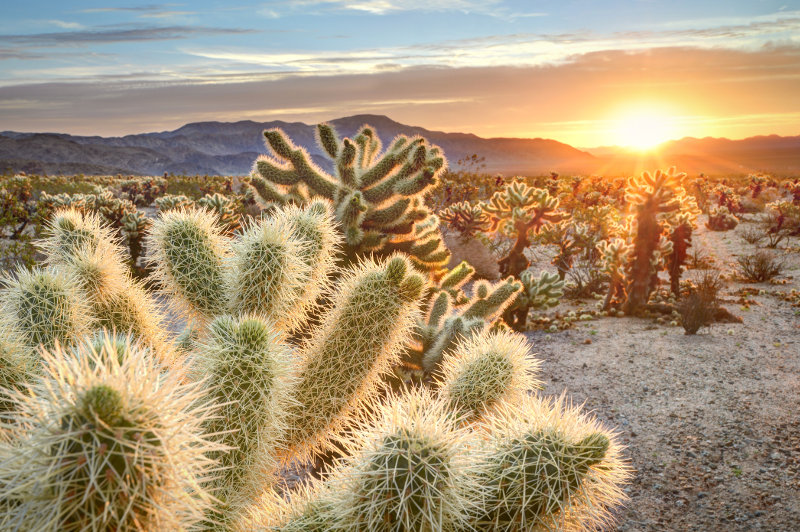 Delicate Arch is like the remains of a sandcastle made by giants, abandoned to the elements after they had to rush off home for dinner. Image: Getty

Especially mystical at night, the Arches National Park in Southern Utah contains more than 2,000 sandstone arches, many with descriptive names such as Landscape Arch, Double Arch and Delicate Arch. Other geological formations include Balanced Rock, towering over the desert landscape in the middle of the park. This stunning must-see destination was 65 years in the making. 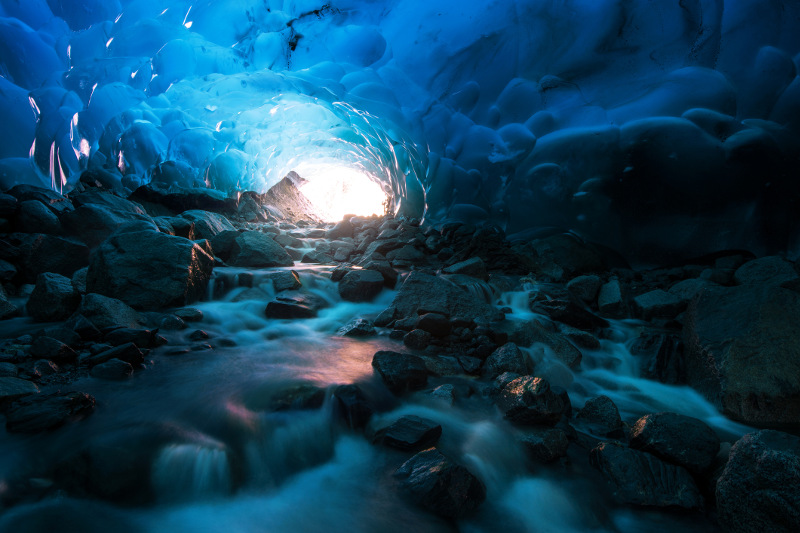 This glacier creates incredible new landscapes as it gradually melts away. Image: Getty

The Mendenhall Glacier is a 19-kilometre-long glacier in the Mendenhall Valley. The ice caves are inside the glacier, accessible only to those willing to kayak to, and then ice-climb over the glacier. Unfortunately, this incredible natural wonder is melting away at a rapid rate, receding more than 3 kilometres since 1958, while previously it had receded only 800 metres since 1500. See it while you can. 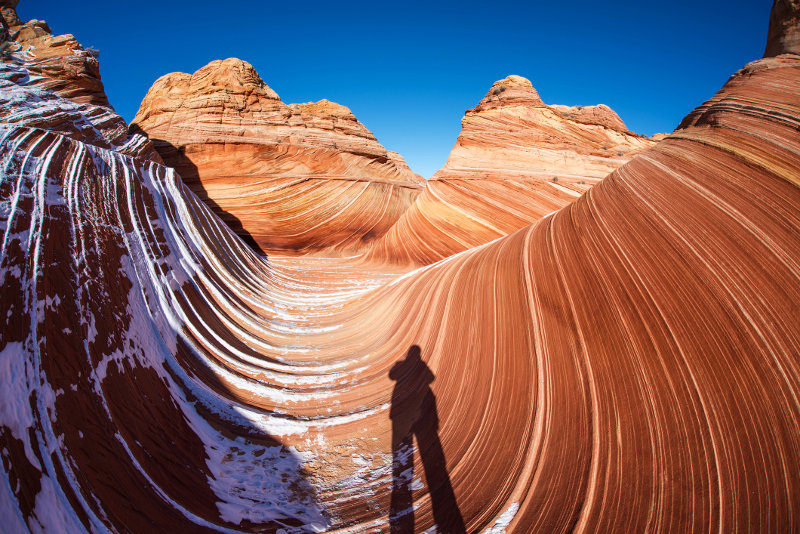 The Wave is so popular, you’ll need a hiking permit to gain access. Image: Getty

Located in the far north of Arizona, near its border with Utah, the Wave is a sandstone rock formation, famous for its colourful, undulating forms and the difficult hike required to reach it. Due to its fragile nature and overwhelming popularity, ten permits for each date are available four months in advance and ten permits are released the day before, using a lottery system. If you want to see this majestic formation of Jurassic age Navajo Sandstone, you either have to be very organised, or very lucky. 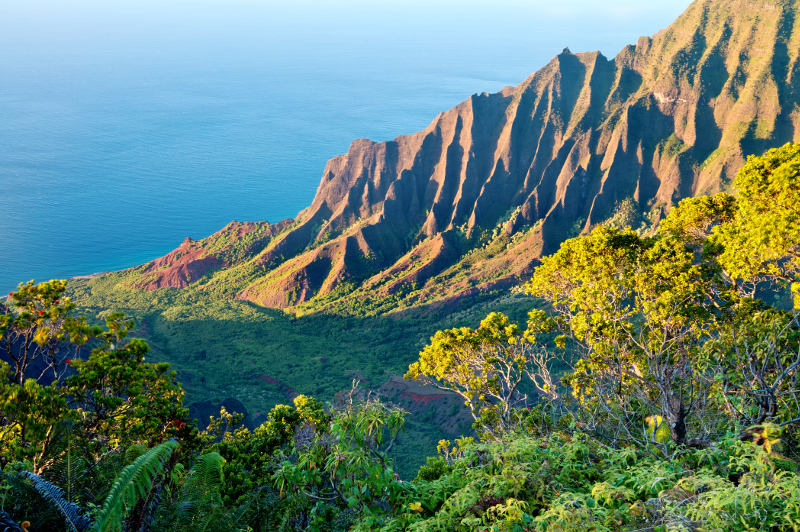 Kalalau Valley is known as the Grand Canyon of the Pacific and is located on the Na Pali Coast. Image: Getty

The Kalalau Valley is one of the most photographed and well-recognised valleys in all of Hawaii, having appeared as the backdrop to films such as the original King Kong, Mighty Joe Young, Jurassic Park and Six Days Seven Nights. The Kalalau Lookout stands at over 1,200 metres above sea level and offers the most incredible views of sawtooth ridges, waterfalls, lush green valleys and the turquoise sea beyond. 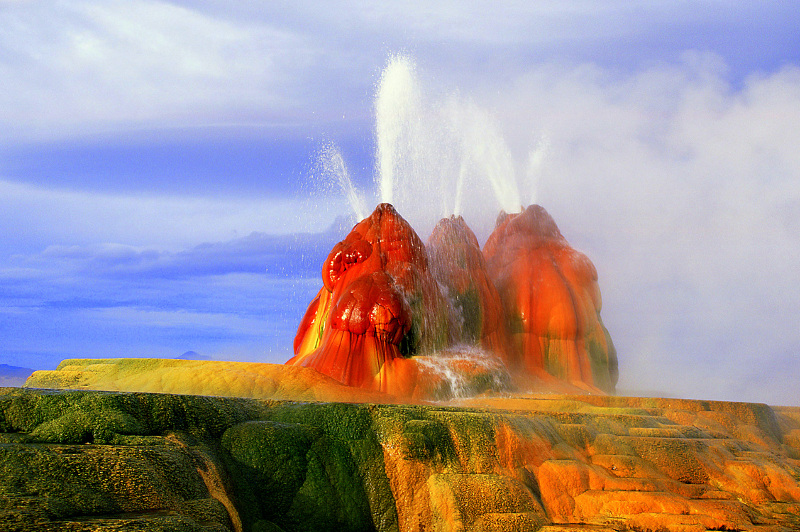 Fly Geyser is a small, geothermal geyser located in Washoe County, Nevada. The story goes that Fly Geyser was accidentally created during well drilling in 1964, while exploring the area for sources of geothermal energy. Whether the well was not capped adequately or not capped at all, dissolved minerals started to rise and accumulate, creating the travertine mound we can see today. Water continues to spurt out, reaching 1.5 metres in the air. The brilliant colours are due to thermophilic algae. Note that currently this geyser is on private property and trespassing is illegal.