For those of us who have experienced a long-haul flight and lived to tell the tale, you'll understand that those first few days finding your feet can make or break a trip.

Navigating complicated subway maps, nightmare hotels and unhelpful staff as a post-flight zombie is never a good start to your holiday. Trust me – I've lived through a few European doozies. But luckily, for my most recent jaunt to the United States, I not only managed to survive the first few jetlagged moments, but triumphantly tackled them to the ground. 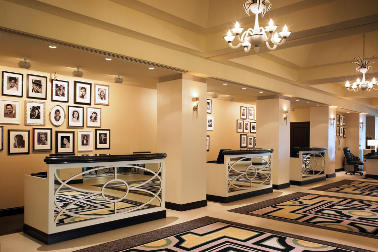 Arriving in Los Angeles at 7am following a direct 13 hour flight, the plan was simple. Hit the ground running with a day of thrills and spills at Universal Studios. Granted this plan only came about following my accommodation booking at the highly recommended Sheraton Universal (a convenient hop, skip and a shuttle bus ride away from the theme park), but as it turns out roller coasters and trolley rides were indeed just what the jetlag doctor ordered.

Big enough to keep me busy without running me ragged, Universal Studios had me preoccupied and fuelled with adrenalin all day. Once the afternoon arrived however, it was time to retreat back to the Sheraton via shuttle bus, for some much deserved rest.

Back at the hotel and the fragrant lobby, laced with fresh orchids, sent me instantly into a relaxing state. After a well-worked day of pepping myself up, it was time to treat myself. I drew a bath, followed up by a life-changing shower (good water pressure is gold when it comes to hotels) then watched the sunset over the hills via a floor-to-ceiling window, all the while curled up on a plush arm chair. After perusing the room-service menu I opted for a perfectly cooked steak for some much needed protein and a warm double chocolate pecan brownie, just because. Moments later and I'm tucked into an equally delicious king bed, dozing off with a great sense of accomplishment. Lauren: 1 Jetlag: O. 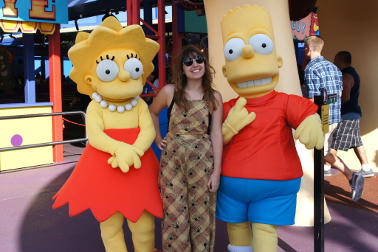 The next morning I'm ready and raring to make the most of my time in LA.  I start my day with the hotel's complimentary buffet breakfast (in which I discover the granola muesli is incredibly addictive) and wander down the road to find LA's reasonably unknown metro system.

Yes, Los Angeles has a metro, can you believe it? From the Universal City station I make my way onto all the tourist hotspots, the Hollywood Walk of Fame, Santa Monica Beach and Union Station for some amazing Sushi in nearby Little Tokyo. All in a day and all with a simple day trip card.

The next day however I'm keen to tackle the roads, feel the wind in my hair and set the Hollywood sign in my sights. With no car plans though I make an enquiry at the concierge's desk in the lobby. Within 2 minutes a car hire company has picked me up and taken me to their office. In true Hollywood style they set me up with a Prius and within half an hour I'm driving along Mulholland Drive in awe of the views and accompanying mansions. 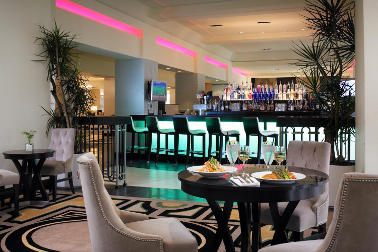 Following a day on the road, I pull up at the hotel to find a function has just finished. The hotel's lobby and bar are abuzz with chatter while the driveway is equally as busy. Before I've had time to work out how to put my Prius in park though, a valet is already at my door. I explain to him that it's a rental car and he swiftly parks it elsewhere for the rental company to pick up the next day. No fuss, no muss.

With over 40 years in the business, Sheraton Universal really is a well oiled machine. Arrangements are made quickly, room service arrives promptly and no request seems too big or too small.

While the hotel's location, picturesque pool and plush facilities are what prompted me to book the Sheraton Universal, it truly is the staff that will see me come back. From the friendliest of valets who not only told me all about Universal Studios but advised me to purchase my ticket at the hotel, to the sweetest of concierges, each one of whom helped not only make my travel arrangements but recommended restaurants along the way, the staff are what makes the wonderful Sheraton Universal the perfect stay. Jetlag or no jetlag.