This is the Dingle Peninsula, an isolated corner of Ireland where life moves at a gentle pace and authentic Irish experiences abound. Reaching out into the Atlantic ocean, this wild region is dotted by small fishing villages, rolling landscapes and endless empty stretches of sand.

In Ireland it seems the further you travel from the capital city Dublin the more genuine and enchanting the towns become. Having lived in the Emerald Isle, I found that the most Irish of places tended to be the most far-flung. 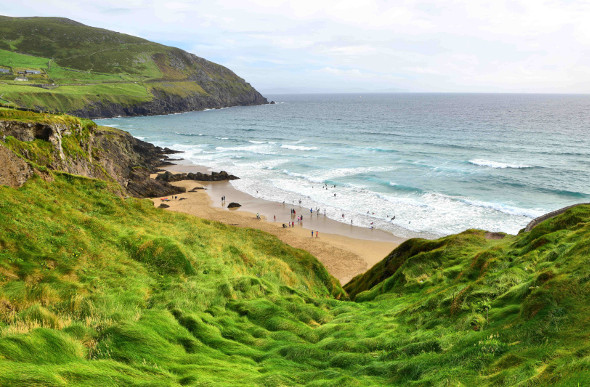 In the summer months, locals flock here to swim in the Atlantic Ocean. (Image: Ronan O'Connell)

While Dublin has a great charm of its own, and is one of the friendliest capital cities in Europe, it is also becoming less and less Irish by the year. This change was kickstarted in the mid-1990s when Ireland’s economy exploded, showering the nation with wealth, before the boom ended abruptly in 2008 as a result of the Global Financial Crisis.

Particularly over the past 15 years Dublin has become increasingly cosmopolitan, with palatial homes, luxury brand outlets, chic coffee shops, and prestige car dealerships springing up all across the city. While Dublin is far from ruined, and remains a fantastically entertaining place, this progress has undoubtedly eroded its Irishness, making it seem more and more like a generic Western metropolis.

And for most foreign tourists, city life has never been the attraction of Ireland. The nation itself has marketed its tourism industry around its natural splendor and unique rural culture. In the minds of many foreigners the word “Ireland” brings to mind not images of sophisticated shopping precincts and upmarket entertainment venues, but rather snapshots of sprawling green fields, rugged mountains, wild coastlines and pretty little villages.

This postcard version of Ireland is found not near Dublin but in its most isolated counties like Mayo, Galway, Clare, Donegal, Cork and Kerry. It is the latter county, Kerry, which is renowned as Ireland’s most beautiful, with the Dingle Peninsula one of the jewels in its crown. 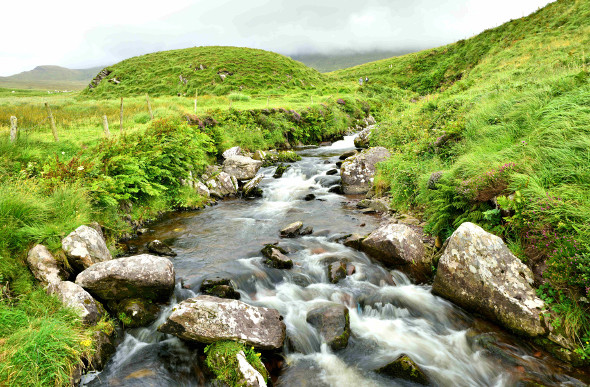 In many nooks of this Peninsula, in the far south-east of Ireland, it is easy to imagine that you are in a bygone era, before the BMWs, Gucci handbags, lattes and Vegan restaurants. Instead of talk about the property market and weekends in Paris, conversations at the local pub are more likely to revolve around farming, funerals and Gaelic sports.

Some of these exchanges you won’t be able to understand as the Gaelic language remains strong on this Peninsula. Not only does Gaelic remain actively in use in many of its towns, but the Dingle region also hosts a plethora of Gaelic language boarding schools where children spend their summers learning the ancient tongue.

Dingle has a strong pull not just for tourists looking to experience the real Ireland, but for Irish people seeking a strong connection to the past. For many years it has attracted artists, musicians and unusual characters who cherish the seclusion and robust local culture. 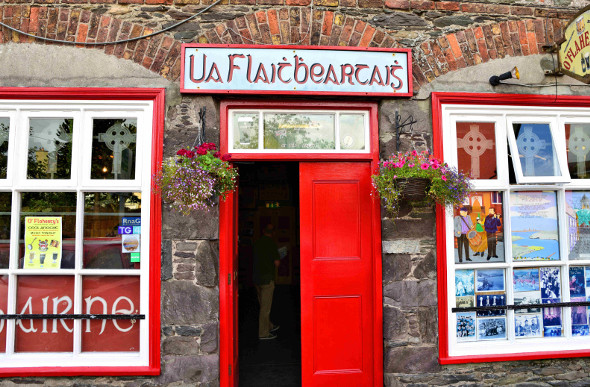 As a result, the “Trad” (traditional music) sessions in the Peninsula’s pubs are renowned throughout the country. Musicians from across the region descend on certain pubs to band together in joyous, impromptu performances. These Trad sessions are particularly common in the “capital” of the Peninsula, Dingle Town.

An impossibly cute hamlet set around a natural harbour, Dingle is one of Ireland’s most beguiling towns. Lined by historic homes and shopfronts painted in a vibrant array of colours it fulfills the Irish fantasies of most foreign visitors. Its myriad pubs are packed throughout the day in summer when it can be difficult to find accommodation, so popular is Dingle. 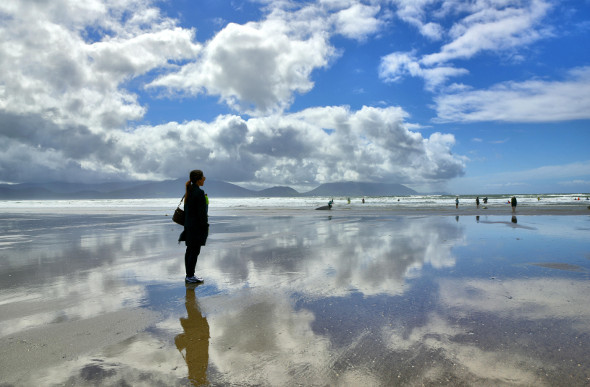 So cosy are its drinking holes and restaurants that you’d scarcely want to leave the town limits. Yet to its east is perhaps the most jaw-dropping section of coastline in a country renowned for its wild ocean cliffs and beaches. About 50km in length, the Dingle Peninsula Loop starts and ends at Dingle Town.

Hugging the Atlantic Ocean the roads wind ceaselessly, rising and falling as they provide astonishing views of jagged cliffs, wind-buffeted islands, majestic beaches and rolling green fields. This, right here on the Dingle Peninsula, is why people come to Ireland.