The Most Memorable Super Bowl Halftime Shows Ever

The Most Memorable Super Bowl Halftime Shows Ever

The Super Bowl is on its way to Santa Clara's Levi Stadium in California. It's just days away, kicking off on Monday, 8 February 2016, and it promises to make history as the 50th year. In preparations for the big day, let's have a look back at games gone past with a little trip down halftime show memory lane. Here are some of the most memorable performances.

2015 saw Katy Perry serenade Super Bowl fans at the University of Phoenix Stadium in sunny Glendale, Arizona.  It featured costume changes, light shows, pyrotechnics, flying contraptions, Missy Elliott, Lenny Kravitz ... basically everything expected of a half time extravaganza. But it had to be the dancing sharks that really stole the show.

Some may argue that this was the show that rocketed the Super Bowl Halftime to global notoriety. It was the mishap heard around the world after all. It was also the year that 'wardrobe malfunction' entered the global lexicon thanks to a little slip-up between Justin Timberlake and Janet Jackson's leather bustier.  The rest of the show was largely overshadowed by that notorious moment, but it did also feature performances by P. Diddy, Nelly and Kid Rock wearing an American flag poncho. 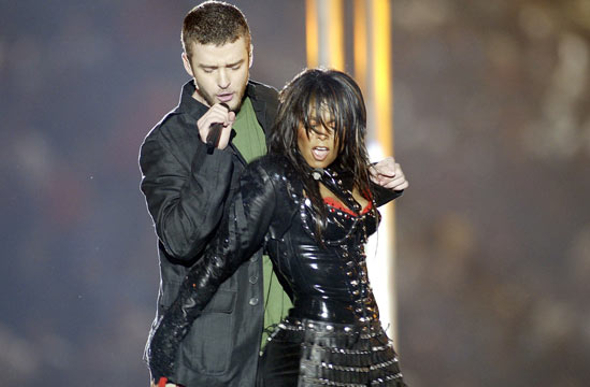 Janet and Justin make waves across the globe with their notorious performance (Image: Forbes.com)

It's hard to upstage the city of New Orleans, but Beyonce gave it the ol' college try with her halftime show in 2013. She sang, she showed off her superior scatting skills and she danced her little heart out. While she wasn't joined on stage by a line-up of other top performers like years past, excited fans were treated to a brief Destiny's Child reunion when Kelly Roland and Michelle Williams popped up out of the floor to sing Bootylicious and Single Ladies.

This was the year the Super Bowl was played in Pasadena. It was also the year, producers of the halftime show decided to transform it from your everyday run of the mill halftime show into an event to rival the game itself. And how did they do it? By signing up the King of Pop, Michael Jackson, to perform of course.

Fans were treated to the likes of Billie Jean, Black or White and more signature dance moves than they could possibly take, along with a full 90 seconds of Jackson standing completely motionless to kick things off.

Another showstopper in New Orleans, the St Louis Rams and New England Patriots battled it out on the field and U2 took to the stage in the first Super Bowl after the September 11th attacks on New York.

Somewhat of a departure from the typical pop performances, U2's approach pleased the hoards of screaming fans. But it was their performance of Where the Streets Have No Name with the names of those that perished in the attacks scrolling on a giant screen behind the band that everyone remembers and loves about this show. That and Bono's American flag jacket lining.

In 2006, Detroit's Ford Field rocked hard through the halftime show thanks to the musical styling of the Rolling Stones. Mick and the gang hit the crowd hard from their stage shaped like their famous lips logo, strutting to anthems like Start Me Up, Rough Justice and (I Can't Get No) Satisfaction. Though the producers opted for a five-second delay to bleep lyrics deemed too provocative for prime time, the Stones still managed to put on a great show.

When you're having a Super Bowl in Miami, you better have a Super Bowl performer that's as sultry as the city itself. Good thing they got Prince.

Proving that not even the rain can stop his groove, he took the stage in the shape of his iconic symbol. He brought the stadium down with a medley of rock anthems, including snippets from All Along The Watchtower, Proud Mary  and his own Purple Rain complete with a wailing guitar solo and LED lit marching band backing. It was quite a return to the spotlight for the musical icon. 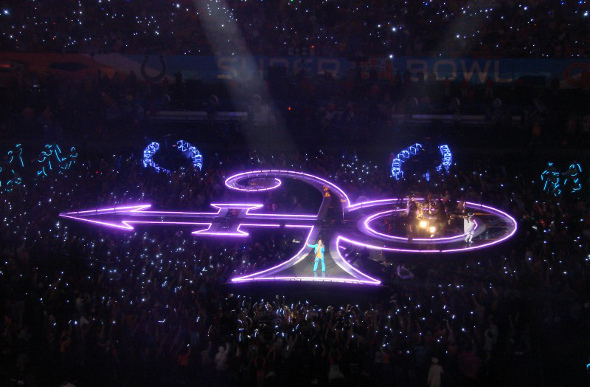 Even the Miami rain couldn't stop Prince from putting on a show (Image: kirshnerevents.com)

Jacksonville, Florida welcomed the Super Bowl in 2005 along with Sir Paul McCartney performing a handful of the Beatles most iconic songs. This included Drive My Car, Get Back and Hey Jude. The former Beatle even threw in some screens, lasers and fireworks to 'Super Bowl' it up for those that need a little more than timeless musical classics to be satisfied.

Plus, anyone that can get a crowd of rabid NFL fans rocking and singing along while sitting at a grand piano in the middle of a football stadium deserves a little credit.

Though he had turned down previous invitations to perform at the Super Bowl halftime shows, 2009 proved that it's always worth the wait when The Boss is involved. Taking to the stage in Tampa, Florida, Bruce Springsteen demanded fans "step away from the guacamole dip and put the chicken fingers down to turn their televisions all the way up" for a 12 minute set with the E Street Band that thoroughly pleased lovers of music.

The amps must have been turned up to 11 that day, because even Bruce himself was busting with energy, as evidenced by his sliding crash into a TV camera at the end of the first song.