These G.o.T Filming Locations Will Make You Want to Travel to Westeros In Winter

These G.o.T Filming Locations Will Make You Want to Travel to Westeros In Winter

The frosty kiss of winter has not only caressed the Southern Hemisphere, but also our favourite fantasy realm: Westeros. This plummeting drop in temperatures in the Seven Kingdoms will, without a doubt, bring with it a host of new rivalries and bloodthirsty battles in season seven, all to claim some chair made out of iron.

Will know-nothing Jon Snow cross paths with ‘aunty’ Daenerys Targaryen? Will the reunion between loved-up siblings Cersei and Jamie Lannister be a hostile affair? Will Bran make it back over The Wall? Will Gendry ever stop rowing?

While the night will be dark and full of terrors on screen, the other side of the camera tells a different story. Many pilgrimages are taken to Game of Thrones filming locations during the balmy European summer, but during winter, these destinations shine in a whole new light, sans the sun-chasing crowds and hefty high-season prices. In celebration of Game of Thrones’ highly anticipated return for season seven, here’s what we love about (and why you should visit) these filming locations in winter.

While what remains of Kings Landing is yet to be seen after Cersei literally lit it up like wildfire, its real-life counterpart, Dubrovnik, remains a visual feast of limestone streets and baroque architecture, set aglow by the shimmer of the Adriatic Sea. In the cooler months you won’t have to duck beneath selfies sticks for photo ops – you’ll pretty much have the place to yourself. 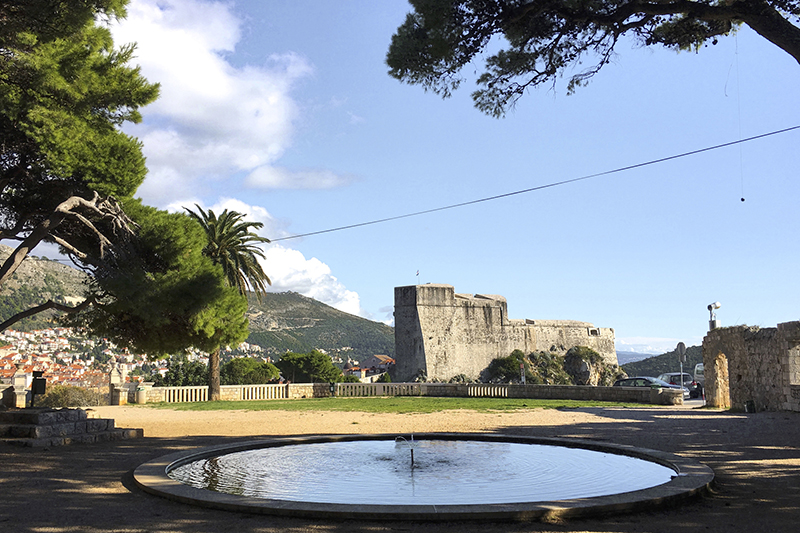 Enjoy the views from Gradac Park, the site of the infamous Purple Wedding, in Dubrovnik, Croatia (image: Getty)

Summer may be the season for island hopping, but a winter visit is perfect for those looking for a relaxing getaway. You can stroll the two-kilometre-long Ancient City Walls with few others; take your pick of waterfront restaurant tables to try Dalmatian delicacies like pasticada (meat and gnocchi cooked under an iron bell); and enjoy leisurely meanders through Gradac Park, just above Old Town, where Margaery Tyrell and King Joffrey’s wedding celebrations were cut short.

Three Worlds In One: Girona, Spain

This Catalan city is almost a one-size-fits-all destination when it comes to Game of Thrones filming locations. The impressive walled medieval city of cathedrals and arches makes cameos in Braavos and Kings Landing, as well as Oldtown where Samwell Tarly learns to become a Maester. Already off the beaten tourist trail, you can expect even fewer crowds in Girona between November and February. The weather won’t be too cold, either. 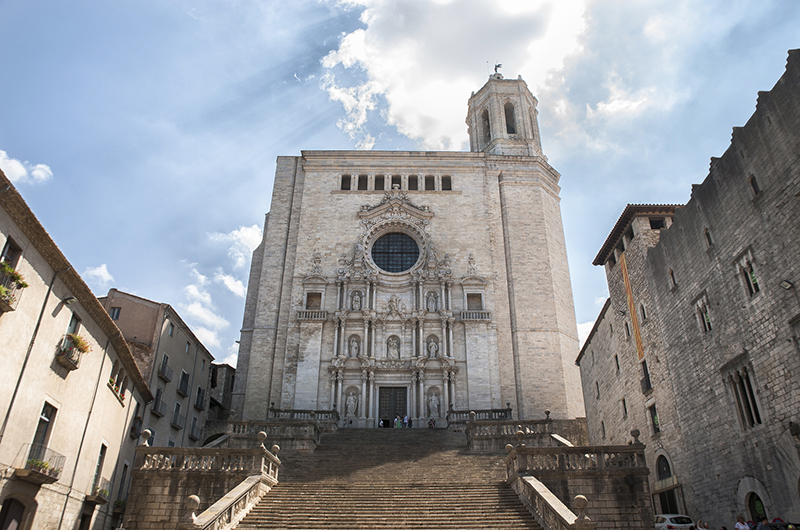 While you won't be able to ride a horse up the steps of Girona Cathedral (the Sept of Baelor) like Jamie Lannister did, you will have the place to almost to yourself during winter (image: Getty)

Our favourite sword-swinging Stark, Arya, endured the final moments of an internship from the Seven Hells on a high-stakes chase through Girona’s ‘Braavos’, and you can follow in her footsteps from Bisbe Cartana, an atmospheric street behind the cathedral, to the Arabic Bath she stumbles on while fleeing from The Waif.

Arguably the most recognisable spot in the city is the Girona Cathedral, where you can snap a photo of yourself at the top of its steps, recreating Margaery Tyrell’s pre-walk of atonement in the ‘Sept of Baelor’, with few tourist extras in the background. Given Cersei disposed of the Sept of Baelor in spectacular fashion last season, the film crew probably won’t be returning here anytime soon…

The Land Beyond The Wall: Iceland

If you’re still mourning the loss of Ygritte, Jon Snow’s wildling girlfriend, you can pay homage to where their love story began: the land beyond The Wall. Better known as Iceland, this ethereal isle is a broody blend of bottle green wilderness and milky blue frozen landscapes, punctuated by gurgling mud pots and gushing geysers. As a bonus, a winter visit will almost guarantee sightings of the Northern Lights. The lava landscape of Dimmuborgir takes on an even more otherworldly splendour under snow (image: Getty)

Much of the action was filmed around Lake Myvatn in the country’s frosty northeast. Stop off on a road trip or guided tour to admire the otherworldly lava peaks peeking through the snow at Dimmuborgir (where Mance Rayder set up his wilding camp in season three), before driving a short seven kilometres to arguably the most famous Iceland filming location: Grjotagja cave. Die-hard fans will recognise the moody cavern as Jon Snow and Ygritte’s little love nest. 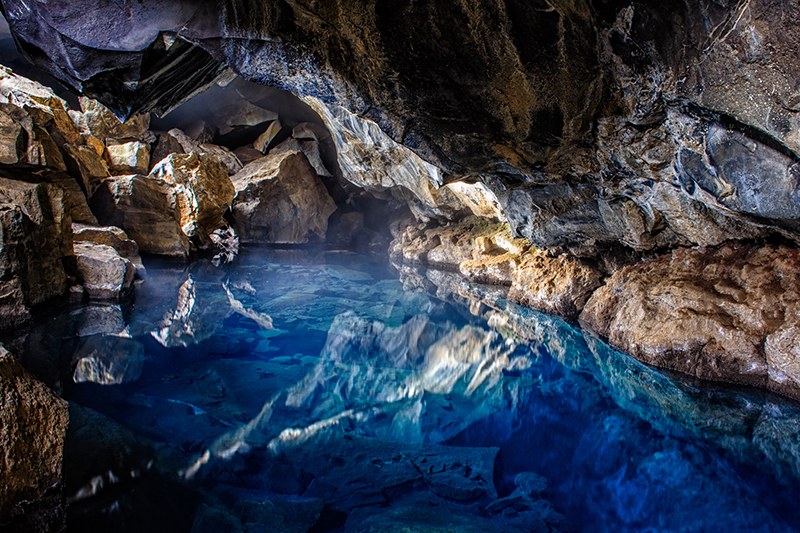 Despite its remoteness, Grjotagja cave is a popular filming location to visit in Iceland (image: Getty)

If you’d rather not drive six hours from the capital to the land beyond The Wall, Thingvellir National Park – the home of Iceland’s parliament from the 10th to 18th centuries – is located just outside Reykjavik. The national park also doubled as the pass to Eyrie, where Brienne and the Hound engaged in a bloody battle, and is a must-visit location for nature buffs and photographers. In winter, there are a number of ploughed hiking trails to navigate in sturdy snowshoes or boots, and you can reward your hard work with a typically Icelandic meal in a quirky cafe back in town.

Keep an eye out for…

While you won’t come across any wildlings or White Walkers, look out for the legendary elves that are said to inhabit Iceland’s mountainous regions.

Winterfell And Beyond: Northern Ireland

Last but not least, follow the three-eyed raven to Northern Ireland, where crumbling castles, ancient landscapes and foreboding forests take on an added element of intrigue in the cooler months – perfect for a wintery road trip. Some of the show’s most memorable moments are conveniently plotted along the winding asphalt, and you can spend your days channelling your favourite characters, before retiring to cosy lodges with crackling fireplaces in the evening. 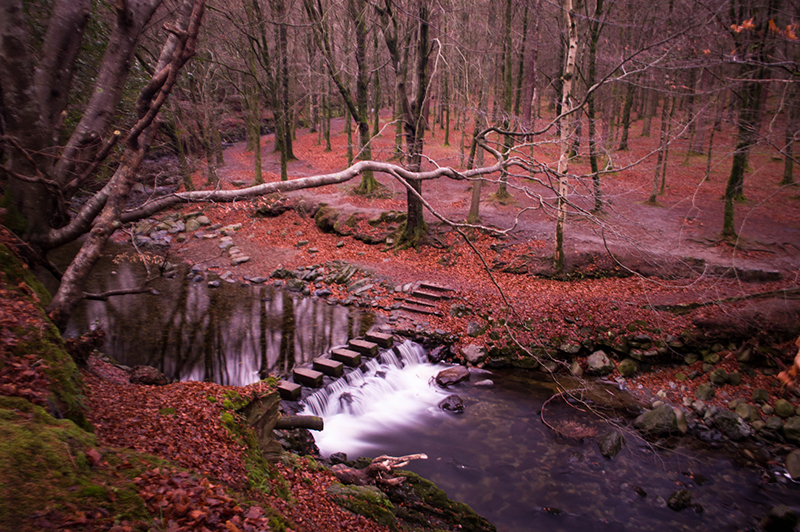 There are a host of manmade and natural curiosities strewn throughout Trollymore Forest Park in Northern Ireland (image: Getty)

County Down is home to numerable key filming locations. You could spend a while in Tollymoore Forest Park, exploring the banks of the Shimna River, as well as a host of natural and artificial curiosities, like grottos, caves and towering redwoods. The park is where the White Walkers began their march from the Haunted Forest, Ramsay Bolton hunted Theon and the Starks found their direwolf cubs. Listen carefully, as you can often hear wolves howling in the distance. Mountaineers won’t want to miss Mourne Mountains, a designated Area of Outstanding Natural Beauty. The Mourne Coastal Route has a stunningly scenic backdrop of granite peaks, rolling hills and the sea in the distance, even more magical under a dusting of snow. You may recognise the area as the entrance to Vaes Dothrak, while its foothills is where Bran first meets Jojen and Meera. (It also inspired CS Lewis’ Narnia.)

Of course, County Down’s main drawcard is Castle Ward, the home of House Stark, Winterfell. Stand in the footsteps of your favourite Stark men in the historic farmyard, and explore the surrounding Whispering Wood.

Don’t Want To Spend Your Australian Summer In The European Cold?

If the closest thing you own to a winter woolly is a hoodie, or you simply can’t bear the thought of skipping an Aussie summer, you can still chase the end of the Northern Hemisphere’s summer sun at two Game of Thrones pop-up bars.

Running until August 27, Washington, DC has penned a love letter to the Seven Kingdoms in the form of a huge pop-up bar, complete with themed rooms and the official Game of Thrones brew, Bend the Knee.

In Edinburgh, the Blood and Wine pop-up takes over the Daylight Robbery Bar every Wednesday and Thursday evening until the end of August. Think cocktail creations inspired by your favourite characters, unusual wines and a brand of Icelandic vodka created by the actor who plays Ser Gregor Clegane! 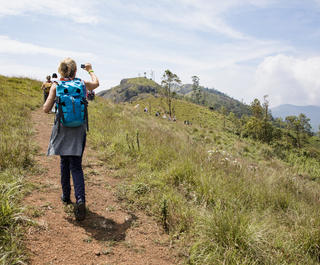 8 Bloody perfect female travel videographers to inspire your next adventure
8 June 2020
International Women’s Day is just one day of the year, but we know there’s incredible *women out there doing amazing things every.damn.day of the
Read Time: 1.5 mins
The United Kingdom Embark On A Game Of Thrones Quest In Northern Ireland - The Real Life Setting For Westeros
15 March 2019
A moody landscape pockmarked with misty ruins and entwined with Celtic and Viking heritage, Northern Ireland has provided the evocative backdrop of
Read Time: 4.4 mins
North America 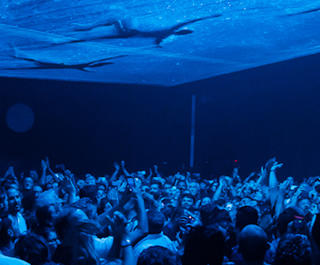 Heading to Vegas? 11 New Las Vegas Attractions Not To Miss
4 March 2019
Las Vegas , much like the revolving doors of the hotels dotted along the strip, is constantly ushering in the new and flushing out the old. 2019
Read Time: 4.7 mins
Entertainment Gold Coast For The Culture Vulture
3 January 2019
Forget the Gold Coast of old; the cheesy chintz and glitter of this beach-holiday mecca has dulled a little, making way for creative hubs and
Read Time: 6.4 mins
The United Kingdom Six of the Best Music Hotspots in Liverpool
9 March 2017
As the birthplace of The Beatles, Liverpool is never shy of showing off its musical prowess. But this year it has even more to shout about, with
Read Time: 2.9 mins
Entertainment

School of Rock and Aladdin – Two Sure-Fire Family Broadway Musicals
1 March 2017
Let some very talented children and adults in Andrew Lloyd Webber's new musical School of Rock , transport you back to your own school days when we
Read Time: 2.4 mins