To Travel Or Not To Travel

To Travel Or Not To Travel

Today marks the death of the great English playwright William Shakespeare, whose works have been a source of creative inspiration over the past four centuries. His original Globe Theatre was painstakingly recreated on the banks of the Thames in London and visitors to the English capital can today enjoy a Shakespearean play in this extraordinary performance venue.  But here at Flight Centre, we think his plays should also be used as inspiration for travel.

Here are our favourite Shakespearean plays that were set in fascinating destinations - perfect for modern exploration. 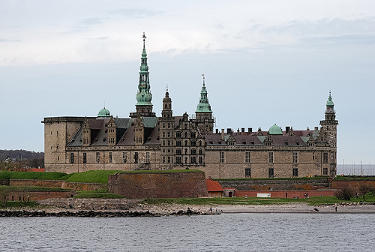 Macbeth, Scotland
Superstition says that you can't mention the name Macbeth in theatres for fear of bad luck - so actors use the words, 'the Scottish play' instead. Macbeth murdered King Duncan in Inverness Castle; an act that led the Scottish thane on a downward spiral. The current castle in Inverness is relatively modern, dating only to the mid-nineteenth century. However Edinburgh Castle is the authentic real deal, dating back 1000 years and is a must-see attraction.

Hamlet, Helsingor
While today the state of Denmark is no longer rotten; Kronborg Castle in Helsingør also known as Elsinore, just north of Copenhagen is the setting for Shakespeare's Hamlet. Today, you can explore Kronborg Castle in Elsinore that dates back to around the 1400's. Aside from the important literary reference, the Renaissance castle is incredible well preserved and well worth taking a tour.

Troilus and Cressida, Troy
Set during the iconic Trojan wars, Troilus and Cressida, follows the relationship of the two lead characters during this important historic event. Archaeologists discovered the ruins of Troy near Canakkale in western Turkey. We recommend exploring the site with a guide who can contextualise the structures - there's even a model Trojan Horse that's perfect for photo opportunities.

Romeo and Juliet, Verona
Made famous by the Baz Luhrmann film starring a very young Leonardo diCaprio, the original star-crossed lovers hailed from Verona in northern Italy. Travellers today can admire a medieval house in Verona that has been preserved and presented as Juliet's abode - and yes there's even a balcony overlooking the street. Nearby is a statue of Juliet that legend says - all who her rub her breast will receive love and luck.

Othello, Venice and Cyprus
At the opening of the play, Othello is a General in the Venetian army. After several scenes set in Venice, the action moves to Cyprus, where Othello is required to defend the island against the Turks. Today, Venice is one of the great destination cities in Europe - the canals and original Renaissance architecture are the big draw cards. The capital of Cyprus, Nicosia, boasts original Venetian walls and various historic buildings that deserve exploration.

Antony and Cleopatra, Egypt and Rome
Shakespeare's homage to ancient Rome and Egypt is a towering love story between two leaders during times of epic conflict. The ruins of both these ancient civilisations are worthy of extra attention. When visiting Rome, admire the structure in the forum area and of course the iconic Colosseum. Egypt is dotted with impressive ruins dating to ancient times including the iconic the Pyramids of Giza and the Sphinx, Karnak and Abu Simbel.