Top 10 Best Cities And Things To Do In Canada

Top 10 Best Cities And Things To Do In Canada

From civilised Toronto to laid-back Montreal, buzzy Vancouver to friendly Ottawa, the pristine Yukon to the mind-boggling Canadian Rockies, these are the 10 best cities and places to visit in Canada. This stunning country boasts skyscraper-strewn cities and staggeringly beautiful natural landscapes, and caters for every traveller's taste. 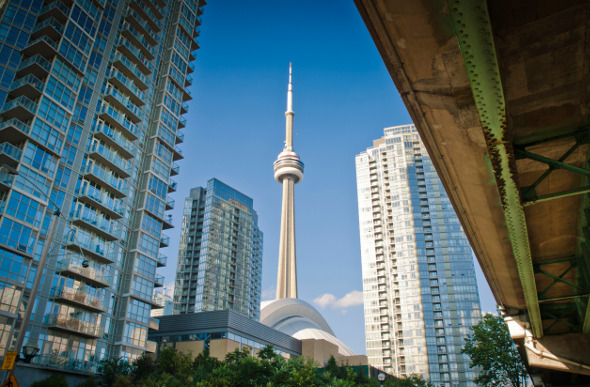 The CN Tower in Toronto used to be the world's tallest. Picture: Getty Images

The largest city in Canada and arguably the best-known, Toronto is not the country's capital (Ottawa is), but it is the Ontarian. Like a more civilised, clean-cut New York, Toronto has its skyscrapers downtown, glitzy shopping in Yorkville and Bohemian districts in Queen Street West. It is also home to the CN Tower, once the world's tallest, at 533 metres.

Straddling the US-Canadian border, Niagara Falls is within reach of Toronto – and well worth it. The three falls combined, the Horseshoe Falls, the American Falls and the Bridal Veil Falls, form the highest flow rate of any waterfall in the world (around 2,400 metres a second). Once you've seen the Falls (take a Maid of the Mist tour), explore the theme park-esque town that lives off the natural wonder's tourist appeal.

Need more info on this vast land? A Practical Guide To Canada's 10 Provinces

Those Canucks know how to party: Celebrate With The Canadians 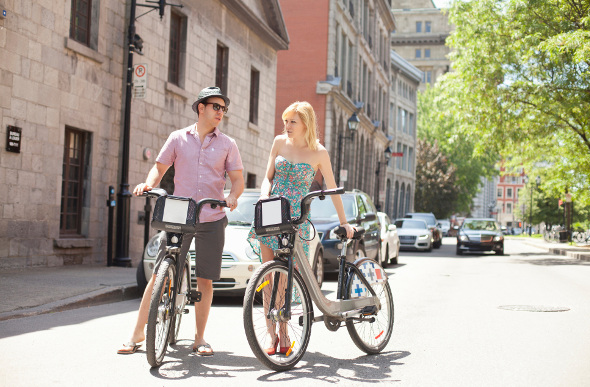 Chic does not come more laid-back than in Montreal. Picture: Getty Images

The second-largest city in Canada, Montreal is France's home away from home. The city's official language is French and spoken by more than half of the population. The French also lend the city its sense of cool, laid-back chic. It is a cultural hub with more than a few international flavours and boasts more than 100 festivals a year.

Vancouver has been named the 'best place to live in the world' more than a few times. The west coast city in British Columbia boasts a buzzy cultural life, a rich platter of ethnically diverse restaurants and a cosmopolitan population. 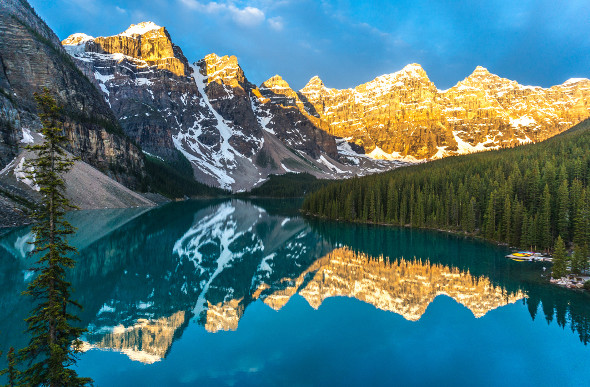 The Canadian Rockies span British Columbia and Alberta and are one of the world's most impressive mountain ranges. Boasting mind-boggling scenery and several of Canada's highest peaks, the region is ideal for explorers. There are also several ski resorts in the mountain range, including Banff.

One of North America's largest and most popular ski resorts hosted the Winter Olympics in 2010 and boasts some 3,237 hectares of pistes and 1,610 metres of vertical. Its ski area across two mountains – Whistler and Blackcomb – enjoys a long season from November to May and an impressive and reliable average snowfall. 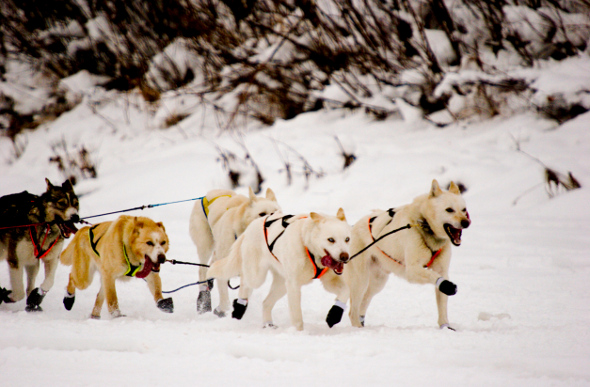 Try dog sledding in the icy wilds of the Yukon. Picture: Getty Images

The north-west corner of Canada is a sparse expanse of peaks, wildlife and adventure. The Yukon is home to the highest mountain in Canada, Mount Logan (5,959 metres) and is a treasure trove of pristine nature. Sports enthusiasts can paddle lakes and rivers in canoes and kayaks, ride or walk trails, ski and snowboard or try ice climbing and dog sledding.

Quebec, the largest province in Canada, and its capital, Quebec City, are on the country's east coast, and play host to some of Canada's most beautiful countryside. Quebec City is one of the oldest settlements in North America, French-speaking and home to the Chateau Frontenac, a 19th Century hotel that dominates the city's skyline. Quebec the province, of which Montreal is a part, has small, picturesque towns, ski resorts and moose. 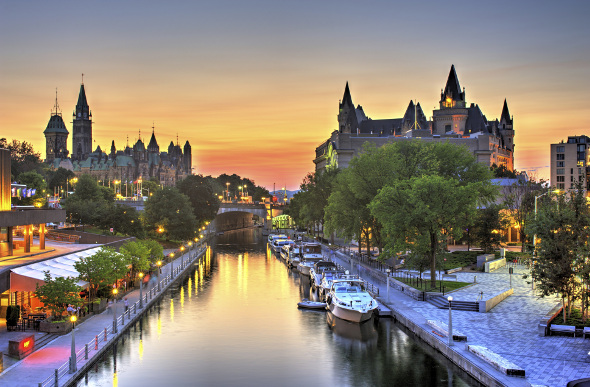 For a capital city, Ottawa is small and friendly and nowhere near the size of counterparts Toronto and Montreal. The city is charming and bike-friendly, peaceful and civilised, and a great base for exploring the Canadian wilderness on its doorstep in Ontario.

Nova Scotia, or New Scotland, is not entirely dissimilar to its etymological cousin – famed for its seafood, nautical heritage and moderate climate. Its capital, Halifax, played a role in rescuing survivors from the Titanic more than a century ago, and before that was the end point for the Royal Mail Ship Britannia's crossing from Liverpool in 1840, arriving at the historic port after only 12 days at sea.

Visit your local Flight Centre store or call 131 600 for more advice and the latest deals on Canada.