The largest city in India, the capital of the Maharashtra state and one of the world's most populous cities, Mumbai - previously known as Bombay - is an eclectic and cosmopolitan port city with a unique creative flair, as evidenced by its film and television industries, fabric markets and art galleries. See ancient tradition and contemporary culture collide in Mumbai's best art galleries, most of which are situated in the downtown art district Colaba. 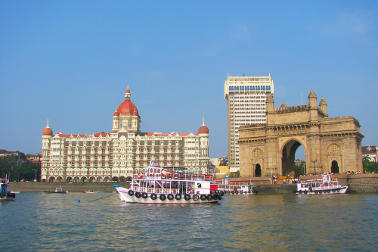 Volte
Mumbai's leading contemporary art gallery, Tushar Jiwarajka's Volte Gallery, is a regeneration of space and ideas, having shown some of India's most important work since 2008, earning a reputation for mounting some of the boldest, most challenging shows. Celebrated artists share the space with the more obscure, including little-known Tibetan artists, including Gade, Tenzing Rigdol, Tsherin Sherpa and Palden Weinreb. Located near Radio Club in the Colaba Art District of Mumbai, find Volte in a spacious Victorian warehouse, which perfectly juxtaposes the old against the new, just as the traditional artists add a modern twist to their work.

Chemould Prescott Road
One of India's oldest established commercial art galleries, Mumbai's Chemould Art Gallery showcases established artists such as contemporary giants Shilpa Gupta, Atul Dodiya and Nalini Malani and M.F. Hussein, a modernist artist who was part of an artists' collective known as the Progressives, and emerging talent including Dhruvi Acharya and Shezad Dawood. Having recently relocated to a vast loft space, the Chemould Prescott Road remains an inspiration to the art world's new generation, including experimental and alternative artists.

Project 88
Project 88, a minimalist-looking gallery space owned since 2006 by Sree Goswami, with exposed beams and iron pillars, boasts big names such as Vogue India fashion photographer, Bharat Sikka, Bharti Kher and Sarnath Banerjee, and the lesser-known experimental Rags Media Collective and The Otolith Group. Specialising in innovative, experimental and ambitious works in all media and modes within a conceptual framework, Project 88 is committed to supporting artists at all stages of their careers. Find Project 88 on the ground floor of the BMP Building in downtown Colaba Arts District.

Gallery Maskara
Mumbai's Gallery Maskara is a spacious former grain storage facility with room enough for massive installations that in over 30 shows held over the past five years, have included some of the most unconventional works seen in the city's art galleries. Installations made from materials including plastic bags, cow dung, taxidermy work, dust, oils, and giant, inflatable dolls and horses have intrigued and shocked gallery visitors. Discover Gallery Maskara in Third Pasta Lane in Colaba.

Chatterjee & Lal
The only really contemporary gallery in Mumbai, in terms of its performance art, and groundbreaking installations and site-specific work, Chatterjee & Lal, located on Arthur Bunder Road in Colaba, has been pushing creative boundaries since 2003. Founded by a fascinating husband and wife team, Mortimer Chatterjee and Tara Lal, the gallery has established itself as a leader in original and experimental art forms from young, emerging Indian artists.

Xanthe's favourite travel destinations are the Greek Islands, Indonesia, Fiji and Vanuatu. With a background in performing arts, fine food, wine and good times, Xanthe enjoys travel that brings her close to the locals and their leisure activities. Being a theatre reviewer means that Xanthe will always do dinner and a show before checking out the late night city scene and still be up early to find the markets and a decent pot of chai.
more articles from this author