Tiger Hill’s roar is far worse than its bite. I’ve been cycling for two hours on the Otago Central Rail Trail and I’ve arrived at the base of its most frighteningly named climb.

I’m anticipating a grind, a flurry of gear changes, as I ascend through its slopes, but within minutes I’m parked at the top of the hill. Resistance has been minimal.

More than 120 kilometres of cycling rolls out ahead of me and I’ve just climbed the trail’s steepest hill – a barely noticeable two per cent gradient. Praise be to the railway builders who knew how to tame tigers like this one. 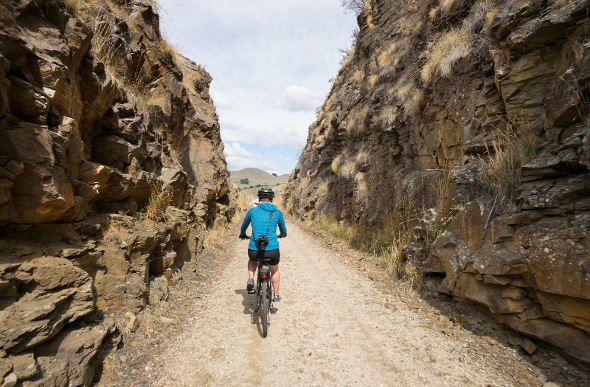 Following the course of a 19th-century railway through long-abandoned goldfields, the 152-kilometre Otago Central Rail Trail has long been the crown in New Zealand’s cycling network.

It’s a kind journey with more pubs than climbs as it horseshoes through valleys between Clyde and Middlemarch, inland from Dunedin. For 75 kilometres the gravel trail gently rises; for the next 75 kilometres it gently descends; quid pro quo. To truly savour it, I’ve broken the ride into three easy days.

From the top of Tiger Hill, the trail opens out into a broad, bucolic valley. Hills rise from the valley’s edges, but the trail stays faithfully flat as I roll into my first night’s stop in tiny Lauder.

Since opening in 2000, the Otago Central Rail Trail has revitalised this once little-visited region. B&Bs have sprouted along its length, and in places such as Lauder – home to a hotel, a school-turned-B&B and little else – pubs have outlasted the towns. There are around a dozen hotels along the trail’s length – a pub on average about every 12 kilometres. 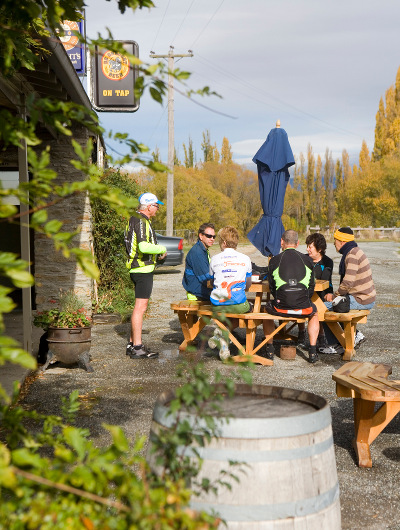 Do it on two wheels. 23 Ways To Get On Yer Bike In New Zealand

A few kilometres out of Lauder the next morning, the trail changes its shape. Turning from the valley, I find myself riding directly for the hills, but once again the trail’s railway origins are my friend.

Instead of rising over the Raggedy Range, the rail trail cuts through the hills, burrowing into Poolburn Gorge, arguably the most spectacular section of the ride.

Through the gorge, the trail holds a flat line, crossing high railway bridges and disappearing into a pair of long tunnels. In the momentary night of the tunnels, the lights on my bike are like shooting stars through the darkness. 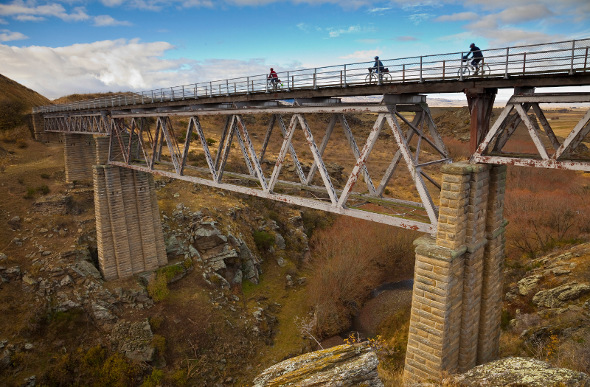 Classically New Zealand rural country – yellow grasslands that sway in the breeze, large flocks of sheep – rolls out beyond the gorge as the trail climbs to its highest point and descends the next morning into the second of its gorges.

The dramatic rock walls of the Upper Taieri Gorge frame the high reaches of New Zealand’s fourth-longest river, and once again I find myself tunnelling through cliffs and riding over railway bridges (the trail crosses more than 70 bridges).

Below me, willow trees and poplars line the banks of the Taieri River. On this autumn day, with the sun piercing into the gorge, the trees glow seems as golden as the region’s history. It’s a rich ride indeed.

Cycling is the freest form of travel that Andrew knows. He's cycled on five continents, including around Australia's entirety, and towed his children across the European Alps.
more articles from this author