A cyclone may have struck a few months ago, but a boost to tourism is well and truly back on the agenda in Vanuatu.

Head of Flight Centre Australia Tom Walley says now is a great time to head to Vanuatu with all but five of its contracted hotels back up and running.

"Vanuatu is back in business! Recovery efforts are moving very quickly with 85 per cent of hotels and resorts open and welcoming guests, and more than 90 per cent of the tours and activities operating as normal," Mr Walley advised. 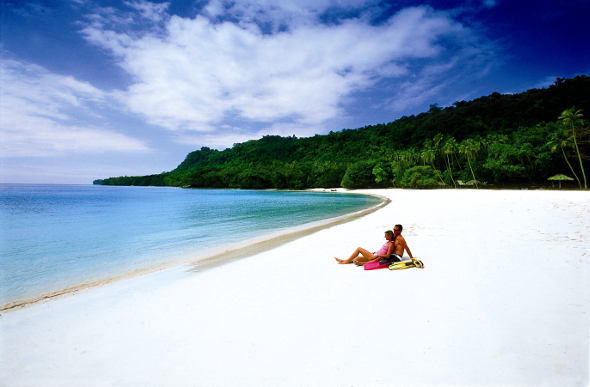 Not even a cyclone could ruin Vanuatu's gorgeous beaches

Craving some adventure? Taking The Wheel On A Vanuatu Jungle Safari

Bring the fam. It's All Smiles On A Family Holiday In Vanuatu

Travellers can purchase flights over the next few months starting at approx $608 return departing Sydney and $525 return from Brisbane.*

"These prices aren’t necessarily the cheapest we’ve seen over the past year or so, but they’re still sale fares, which will be out for a little while longer so travellers have time to plan ahead," Mr Walley said.

In terms of accommodation, Espiritu Santo, Vanuatu's second-most popular island, was not even affected by the Cyclone, so its pristine white beaches, crystal-clear water and great dive sites are ready and waiting for you.

In the main tourist hub of Port Villa, key resorts such as Breakas, Warwick Le Lagon and Mangoes are all back to normal.

"If you were in town you wouldn't even know a category five cyclone had been through just a few months earlier.

"There are still some hotels closed but most will re-open before the end of the year and only two have been closed permanently," Mr Walley said. 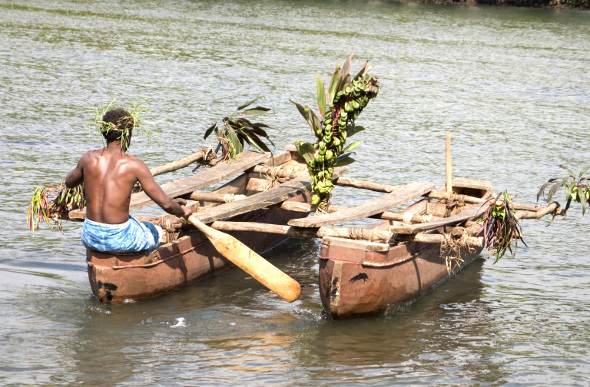 The locals can't wait to show off their island paradise

"Ultimately, we want to help boost tourism back into Vanuatu after the cycle and we know Aussies love to chase the sun during winter, so now is the perfect time to travel," he said.

"We were seeing a really steady growth in bookings to Vanuatu up until the cyclone hit so we're pretty confident that with the efforts the locals have made, booking numbers will be up better than ever very soon."

Visit your local Flight Centre store or call 131 600 for more advice and the latest deals on travelling to Vanuatu.

*Included prices are correct at time of publication.