Christmas Markets - And Other Vienna Freebies

Christmas Markets - And Other Vienna Freebies

The Blue Danube is grayish-brown, and no, Viennese do not wear lederhosen. But beyond the cliches surrounding the Austrian capital, there are plenty of sights and experiences to enjoy in this city which — if it didn't coin the word gemuetlichkeit (coziness), certainly lives it.

[embed]http://youtu.be/nUi07Lp2mgo?list=PLwDMDSWDd4n9r3iQ452umMraymmTkZXW8[/embed]
And when the seasons turn, Christmas markets transform Vienna into a winter wonderland. Winter or summer, the air is clean — and oh that architecture! Attractions by the hundreds range from castle tours, to watching the world go by from a sidewalk cafe, to a night at one of the city's three opera houses.

And plenty of what makes Vienna wonderful is free.

Nothing will put you more in the mood for the festive season than the Christmas markets big and small dotting the city.

Choices range from the more than 150 wooden huts set up in front of the neo-Gothic City hall, to markets often no bigger than a few booths. Among the hundreds of goods on offer are tree lights, candles, ornaments and musical Christmas toys.

Much of it is mass-produced but some are little treasures, created by local artisans. The smell of bratwurst, thick goulash soup,  mulled wine and other comfort food and drink mingles with the crisp winter air and provides a hard-to-resist olfactory backdrop. 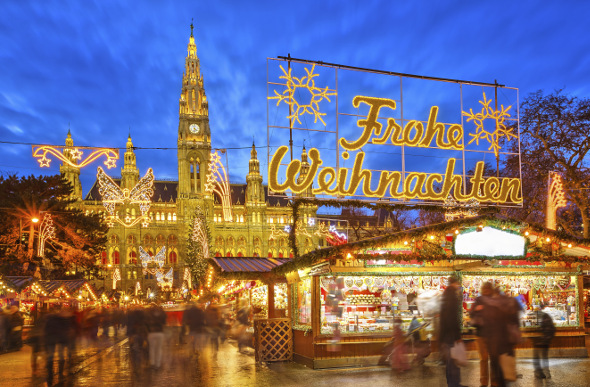 For families, the City Hall venue, complete with a huge Christmas tree, the surrounding park festooned with lights, and children's workshops inside for cookie baking and ornament making, is a must.

More intimate markets include the Christmas Village between the museums of fine arts and natural history and the traditional market at Freyung Square, which goes back to the 18th Century. For party-minded young adults, the market on the grounds of the Old General Hospital in the ninth district is an annual favourite.

All roads lead to Karlsplatz. Hitting A Different Note In Vienna

The Silvesterpfad tour through the inner city on New Year's Eve attracts hundreds of thousands.

Revellers winding through a marked route through central Vienna can groove to rock, pop, Latino soul, funk and disco, jazz and classical music at 12 stages or spend time at another dozen attractions set up along the way for the occasion.

There's food galore, along with alcohol, but while the evening gets loud it is seldom rowdy — at least until midnight.

Visitors ending up at St Stephen's Square, be forewarned: Thousands of firecrackers transform the square into a near war-zone as they explode under your feet and fireworks light up the night sky with booms of their own. Lots of broken glass too.

The Viennese don't seem to mind, with many of them on the square waltzing to The Blue Danube at midnight. But definitely not the place for small children or dogs.

A tip for those looking for something different: Viennese are said to have a morbid fascination with death. They coined the phrase "a schoene Leich" — or "a beautiful corpse", reflecting their preference for an open coffin at wakes with the departed dressed in his or her best. 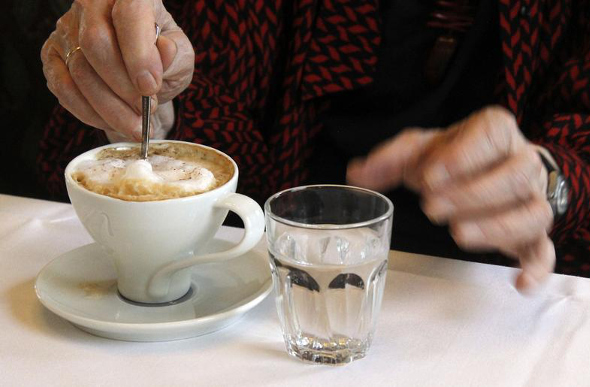 The world's purest tap water comes free with every coffee

There's no better time and place to get a taste of Vienna's melancholy love affair with death than a winter visit to the sprawling Central Cemetery in the 11th district.

Getting there will cost you a tram ticket (streetcar lines 6 or 71 from the city centre), but you can spend hours touring ornate headstones and mausoleums, some hundreds of years old, for free.

Particularly interesting for music lovers: Brahms and Beethoven are buried here, along with the Strauss dynasty, famous for the Vienna waltz.

Vienna's best-known vantage points both offer fantastic views of Vienna and on clear days beyond, to the pastures, vineyards and forests surrounding the city.

For the strong of foot, an upward hike from the city's 19th district takes you to Kahlenberg with its viewing platform overlooking the panorama below. The Cobenzl, with its own vineyard, is situated on a hill neighbouring the Kahlenberg and can also be reached on foot — or for the less ambitious with the 38A bus.

The Viennese take it for granted but elsewhere it is rapidly becoming a rare commodity: crystal-clear water drunk straight from the tap. Vienna gets its water supply from alpine springs, some fed by glaciers, transported for over 160 kilometres without the aid of pumps or other mechanical means.

It's a taste treat better than any bottled water, and hundreds of fountains provide it free in the summer. In the cold season, a glass of free Vienna water comes without asking with your cup of Viennese coffee, at least in most establishments.

Visit your local Flight Centre or call 131 600 for more advice and the latest deals on travelling to Vienna.

Copyright (2014) Associated Press. All rights reserved. This material may not be published, broadcast, rewritten, or redistributed.

This article was written by George Jahn from The Associated Press and was legally licensed through the NewsCred publisher network.