Modern life in Vanuatu is a world apart from today's Western society, which is exactly what attracts visitors to the time-honoured Ni-Vanuatu villages.

Vanuatu's rich diversity across the islands is one of its greatest attractions – there are more than 100 languages, countless dialects and four main cultural areas distinct in their ceremonies, celebrations and customs.

The village is a place of complex rituals of kinship and tradition, where you can watch mesmerising dances, ancient battle re-enactments and learn the sacredness of the local land. 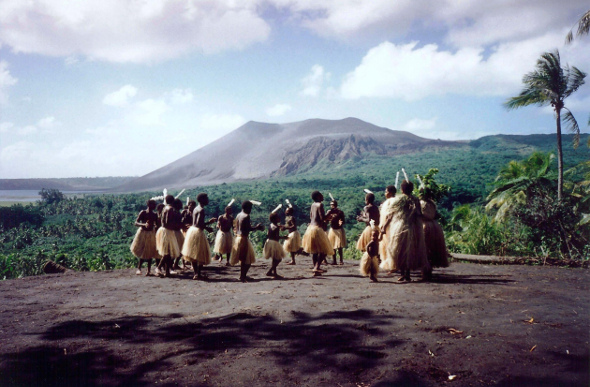 The main islands of Efate, home to Port Vila, and Espiritu Santo offer a wide range of cultural experiences but one of the most iconic village rituals is nagol on Pentecost Island. Land diving, as it's commonly known, is a fertility rite for young men, taking place every weekend between April and June.

Touted as the original bungee jump, nagol sees village men scale forest-built towers up to 30 metres high and plummet towards the ground with only a vine attached to their legs for safety. It has to be seen to be believed!

Bring the kids! All Smiles On A Family Holiday In Vanuatu

Another renowned celebration is the Toka Festival on Tanna Island, where hundreds of Vanuatuans vie to outdo each other with generous gifts, energetic dancing and colourful makeup. Lasting three days, Toka signifies an alliance between different tribal groups, celebrated with the consumption of kava (a customary drink made from the root of a pepper plant) and a feast of pig. 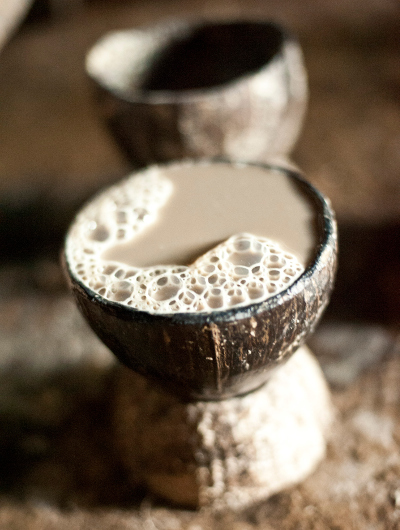 Kava is a traditional drink for celebrations. Picture: Getty Images

More than just hearty fare, pigs are a sign of prestige and play an important role in the village dynamic.

Many Vanuatu tours offer the chance to get hands-on with basket weaving, kava preparation and more.

After being welcomed into the village by chiefs and warriors, get ready for a true insight into island life in this charming and primal part of the South Pacific.

Visit your local Flight Centre store or call 131 600 for more advice and the latest deals on Legend of the Seas.