Wales is as varied as any country before or after it. The locals are blessed with an array of outdoor experiences, rich culture, and delicious food and drink.

When visiting, you'll quickly realise the opportunities are more vast than the breathless countryside. The only question you have to answer is: What will you do? 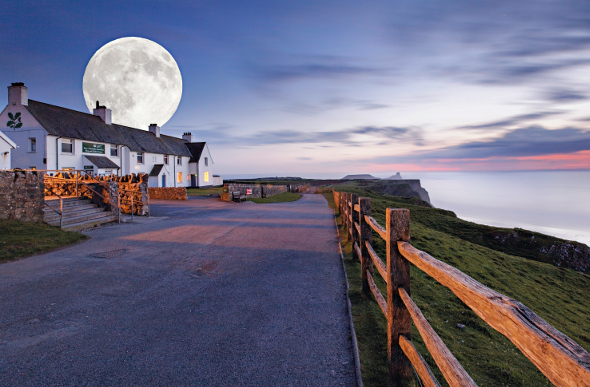 A peaceful rural setting in Wales

Wales is the first country in the world to have an uninterrupted walking route around its entire coastline. The Wales Coast Path stretches for 1,400 kilometres and if you add Offa’s Dyke – the inland path along the Anglo-Welsh border – you can circumnavigate the whole country.

You don’t have to do the whole thing at once, though – dip in anywhere you like. The Pembrokeshire section in West Wales is consistently ranked among the best walking paths in the world, with beautiful beaches, seal and dolphin spotting, and a cluster of islands to pop over to by boat.

In  North Wales, the Llyn Peninsula is about zero crowds and maximum beauty; find hidden coves, dramatic cliff tops and flex your swing at the stunningly sited Nefyn Golf Course, which boasts ‘a view of the sea from every tee’.

Down south, pound the paths around the Gower Peninsula, the UK’s first designated ‘Area of Outstanding Natural Beauty’. From there, it’s a fun scramble across a rocky causeway to Worm’s Head at low tide. Avoid the mistake Dylan Thomas made – the poet was marooned on the island when the tide came in. 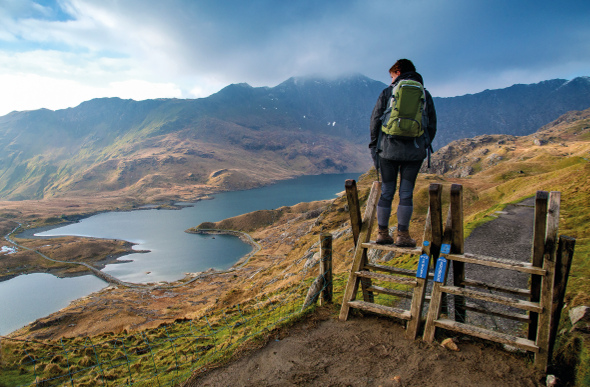 The Brecon Beacons National Park is the perfect place to immerse yourself in the natural environment – here, sheep outnumber people 30 to one. As delightful as it is by day, at night it attracts romantics and the cosmically curious; in 2013, the park was named an International Dark Sky Reserve, only the fifth place in the world to hold that title. The lack of light pollution means clear and bewitching views of the heavens.

Captivating stargazing settings include Llanthony Priory in the eastern part of the National Park, and over in the west, the country’s most romantic castle, Carreg Cennen, where the cliff-top location thrusts you even closer to the celestial spectacle.

The National Park Visitor Centre organises regular stargazing events, with astronomy experts on hand to explain what you’re looking at. Between January and March, you can clearly make out the Plough and from there find Polaris – the North Star.

In August, see the Perseid meteor shower, while the Christmas Star, Orion, the seven sisters, Taurus the Bull and the mighty Jupiter can all be spotted in early winter. 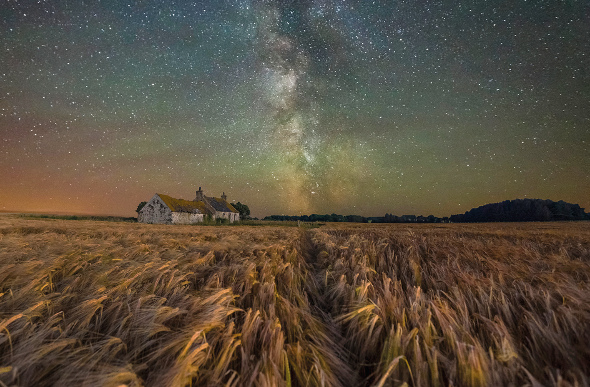 Starry night at a farm by the coast

The southern fringe of the Brecon Beacons National Park is known as Waterfall Country. Head out on the nine-kilometre Four Falls Walk that winds through Celtic rainforest and takes you up close to – and at points, right behind – a series of spectacular waterfalls.

Majestic Sgwd Clun-Gwyn’s roar can be heard far in advance, while 27-metre-high Henrhyd Falls will be familiar to Caped Crusader fans: it played the role of the entrance to the Bat Cave in The Dark Knight Rises. The waterfalls are especially exciting following a heavy downpour of rain, so if you get caught in inclement weather, make the most of it.

After feeling the falls’ force – and possibly getting a little sprayed – warm up with a Welsh wysgi. Twenty kilometres from ‘the Bat Cave’ is Penderyn Distillery, the country’s first commercial whisky distiller.

It produces several varieties of single malt, as well as other award-winning spirits and drinks, including the crisp and delicious Brecon Gin. Sample them all and see how they’re made on a distillery tour or book a masterclass, for in-depth nosings, swirlings and tastings. 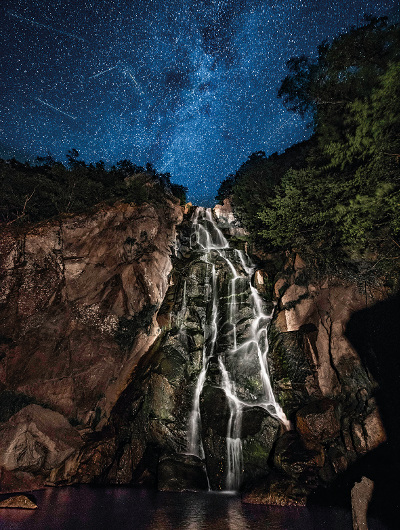 A waterfall under the Northern Lights