Everyone knows Buenos Aires is famous for red meat, red wine and the tango. But it’s also famous for leather, so wearing out your shoes exploring the city that’s made for strolling is fine, too.

Buenos Aires has 48 districts ('barrios') and there’s no better place to start than San Nicolas and Monserrat, which together make up Microcentro. Make your way to the Obelisco, a 67-metre-tall white needle erected in 1936 to celebrate the 400th anniversary of the city’s foundation.

It sits in the middle of Avenida 9 de Julio (Avenue 9 July), a hectic 12-lane road lined with parks. If it looks familiar, it’s because it was modelled on the Champs-Elysees, a deliberate doffing of the hat to its 'Paris of South America' tag. Just bigger. 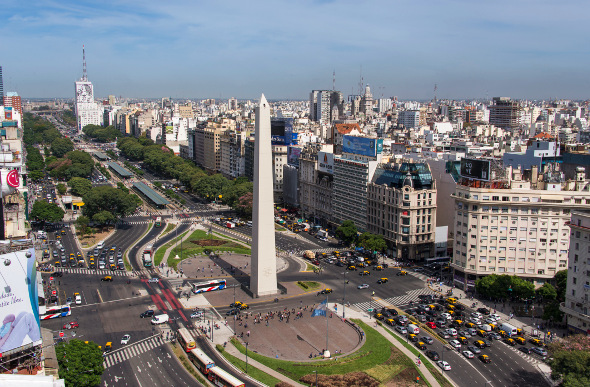 Portenos, as the city’s residents are known, come here to stage political protests, adding to the noise and bustle of this grand boulevard.

Walk north and you’ll see some of Buenos Aires’ beautiful architecture including the eclectic Teatro Colon, considered one of the world’s finest opera houses.

Take a left turn – anywhere – as you head for Recoleta. The big drawcard is the cemetery, but the back streets offer much to see. Weave through the smaller alleyways, admiring the architecture, stopping in shops and savouring the relative peace after the chaos of the Avenida.

Cementerio de la Recoleta is a true city of the dead. Many will grab a map and make their way straight to Eva Peron’s crypt, but the streets of this necropolis also hold the decorative and fascinating tombs of presidents, revolutionaries, Nobel prize winners and writers.

And cats. Lots of cats – live ones, soaking up the sun.

So You Think You Can Tango?

Discover the resting sites of many famous Argentinians (Image: Getty)

Take one of the free English language tours and you’ll hear tales of the dead,those possibly buried alive, local superstitions and the theory that the cats are drawn to the spirits.

Or perhaps it’s the food locals leave out for them.

Beyond Recoleta is Palermo, home to the city’s biggest park, Parque Tres de Febrero (Park 3rd February). Hire a bike and explore this green space so loved by the Portenos, or make your way to the Galileo Galilee Planetarium and take in one of the regular shows while resting your feet.

If shopping’s your go-to, return to Microcentro along the paved, car-free Calle Florida (Florida Street), making sure you stop at the famous Beaux-Arts building, Galerias Pacifico, along the way.

Drop down on the grass in the Plaza de Mayo and just try to stop excerpts from Evita going through your head as you gaze at the Casa Rosada and consider your night ahead. Buenos Aires is a start-late-finish-late city, so you won’t find much in the way of dinner before 9pm. The proper nightlife kicks off much later. 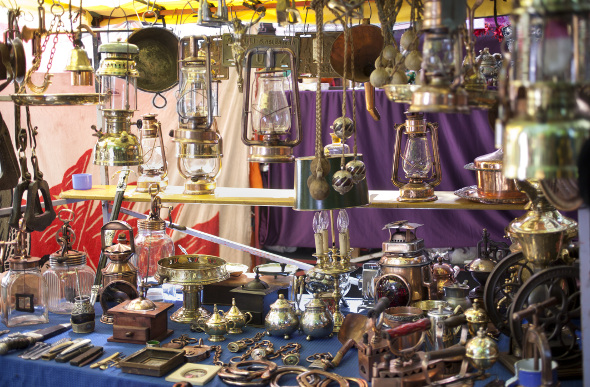 On Sunday you’ll be off to San Telmo for the flea markets. Chat to local artists, revel in the tango and possibly think about taking lessons when you get home.

You’ll visit La Boca to photograph the colourful houses, you’ll go to Puerto Madero for lunch, but the lasting memory will be walking into that cafe with locals shouting at a football match on a tiny television, or befriending that shopkeeper while buying new leather shoes.

Sure, the public transport and taxis in Buenos Aires are reliable and easy to use, but this is a city best appreciated on foot. Take your time, make wrong turns and use every sense in getting lost and delighted by the charismatic surrounds.

Sydney-based writer Carolyn Swindell has a fear of heights and a love of wine. She has explored both on all seven continents and thinks the internet was invented purely to help make travel plans. By many trials and many errors, she is learning how travelling with small children can be fun. Find her at @puffycee
more articles from this author