Get Your Drink On: Weird Bars Of The World

Get Your Drink On: Weird Bars Of The World

Wining, dining, meeting and greeting – bars are an integral part of the social stratosphere. Languages and cultural differences aside, travellers and locals alike unite under the banner of booze in bars across the world. From speakeasys to dive bars, these next seven drinking venues are anything but ordinary. 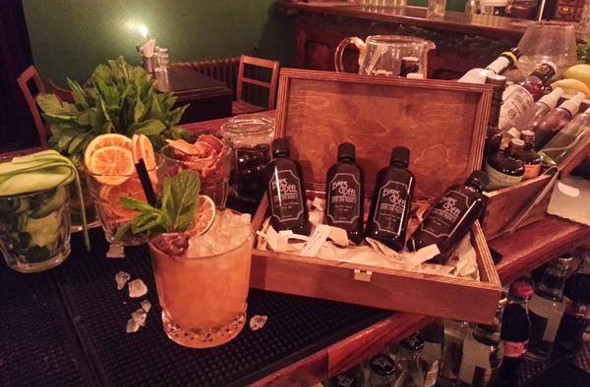 Evans and Peel Detective Agency takes the Prohibition-era, speakeasy gimmick to a whole new level. Never fear – these private dicks are on the case.

Appointments at this Earl's Court basement 'office' are necessary for 'consultations' at least a week in advance, though the 'agency' does leave a few tables open for drop-in 'appointments'. How far you take the shtick is up to you, but you'll at the very least have to play along when 'The Detective' questions your 'case'.

Once you've made it past the 'consultation', normalcy kicks in (to an extent) and you're free to enjoy the dimly lit cavern space and its seasonal cocktails, tap-beer (fashioned out of a radiator) and brown paper bag-clad bottles of 'illegal liquor' – you know, so as not to arouse suspicion with the local authorities. 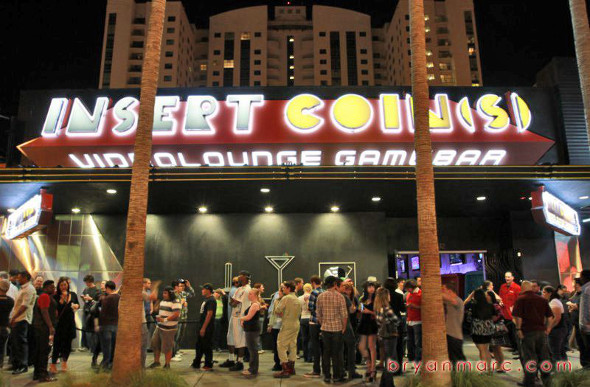 Insert Coin(s) gives gaming in Vegas a whole new meaning.  Who said nerds and nightclubs don't mix? Grab your nearest and dearest and book a VIP suite with not only bottle service, but games and consoles of your choice, too.

Nerd it out in typical Las Vegas fashion amongst a line-up of vintage arcade games. The venue also hosts a bunch of big-name and up-and-coming artists including legends De La Soul and Australian-born DJ, Anna Lunoe.

Whether you're a dabbler or hardcore gamer, partygoers come together for a trip down memory lane – Ms Pac Man and Street Fighter are two perennial favourites – before hitting the d-floor. Sin City? More like Sim City... 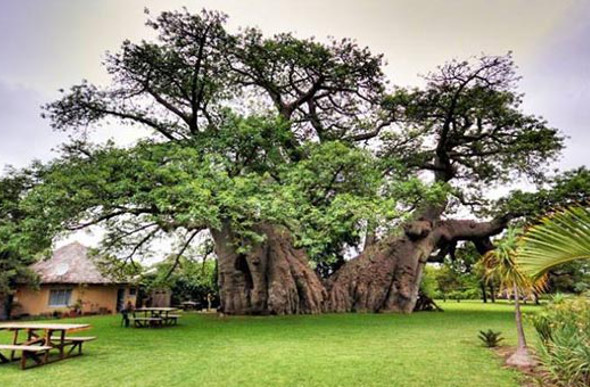 60 people can fit inside that tree (credit: Baobab Bar)

On their 1000th (or so) birthdays, something magical happens to the Baobab trees. They begin to hollow out, creating spaces and caves within the trunk. Rather than leaving an open cavern, in the case of Sunland's Big Baobab tree in Modjadjiskloof, a bar was fashioned inside this gigantic natural wonder.

With a crown diameter of 30.2 metres and trunk circumference of 33.4 metres, enormous doesn't even begin to describe just how big this baobab is. In its hollowed trunk you'll find a wine cellar and cosy bar that can seat up to 60 people!

Check out the world's highest restaurants: Pie In The Sky

From weird bars to weird hotels, take a peek at these 11 hotel rooms 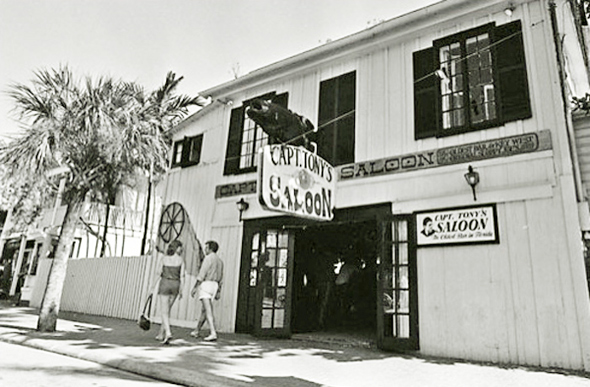 Would you like a side of spirits with your, er, spirits? By the way, it's not the ice-cold cocktail that's sending shivers down your spine, it's the ghoulish presence in this legendary dive.

Once an icehouse that doubled as a morgue, Captain Tony's Saloon has a colourful history. There's a tree that juts through the roof, where men were once hanged for piracy crimes (the looting, rum-swigging kind, not illegally downloading movies), as well as one woman, the Lady in Blue, for butchering her family.

These days she wanders the halls and gets into a bit of mischief in the women's bathroom, locking cubicle doors and whatnot. Ladies, we recommend venturing to the loo in pairs.

The bar has also had a slew of literary, rock and political legends through its doors, including Ernest Hemingway, Truman Capote and even JFK himself, though you won't come across any of their ghosts here. 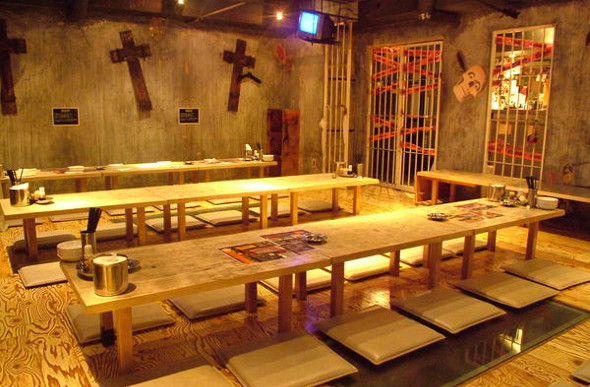 You'll share some cells with other patients (credit: Alcatraz ER)

Though Alcatraz ER is technically more a restaurant than a bar, it's really only worthwhile visiting for the drinks – and blood-splattered entertainment.

Alcatraz ER takes its mental hospital theme very seriously; it's not uncommon for the nurses-slash-waitresses to handcuff you to the bars of your cell, leaving you with only a metal bar to bang to get their attention.

Cocktails come in test tubes and plastic severed heads, while meals are served in surgical steel kidney dishes. Each evening, a 'crazed patient' storms the building and if you're unlucky, you'll be pulled in to take part in the madness, or at the very least, be subject to some battering over the head with the psychopath's (soft) rubber axe. 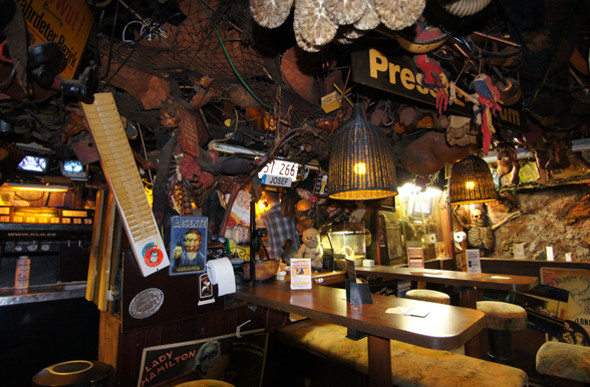 Perhaps the wackiest addition on this list, Klo is a dungeon-like lair decked out in an absolute mish-mash of random and loo-themed paraphernalia. Nothing here makes sense and that's part of its charm. As well as plenty of lavatorial humour.

Expect to sit on toilet seats (and coffins) and have your meals and drinks served in bed pans and hospital 'specimen' bottles. Let's just hope everything was washed out properly first.

Your senses are going to take a battering; you'll be squirted in the face with water, bar stools will rotate unexpectedly, tables will jerk up and down, sirens will go off while you're in the actual loo and bartenders will prank, harrass and yell at you (all in good fun of course). Oh and stay vigilant of avalanches and booby traps.

We won't give too much away, though. You'll just have to visit and experience it for yourself.

Perhaps you've had a bad day in the office or at home and it's taking all your willpower to not let rip on the next poor, unsuspecting soul that crosses your path. What if there was a place you could release your frustrations AND be rewarded with a free beer and plate of food in the process?

Casa Pocho is a bar in Cullera, a Spanish resort town near Valencia, where you can try your luck hurling your best insults at the bar staff in return for some tapas and cerveza.

They've heard it all before so you're going to have to get creative – and by creative, we don't mean using language that would upset your mother. Leave the curse words at home because at Casa Pocho, it's all about a sharp tongue and quick wit.

So, where's the weirdest place you've had a drink?