Wine and waves; if there was ever a better alliterative enticement for a surfer of a certain age, this one has never heard it. I refer, of course, to the Margaret River region of Western Australia, a ruggedly beautiful and wave-rich coast 2.5 hours south of Perth. The confluence of the liquid arts – drinking quality wine, riding quality waves – is not unique to the place fondly known to surfers as ‘Margies’. The Landes coast of France is adjacent to the Bordeaux region, the Mundaka coast of Spain is an hour’s drive from the Rioja, and it takes even less time from the Santa Ynez Valley to some of California’s best point breaks. 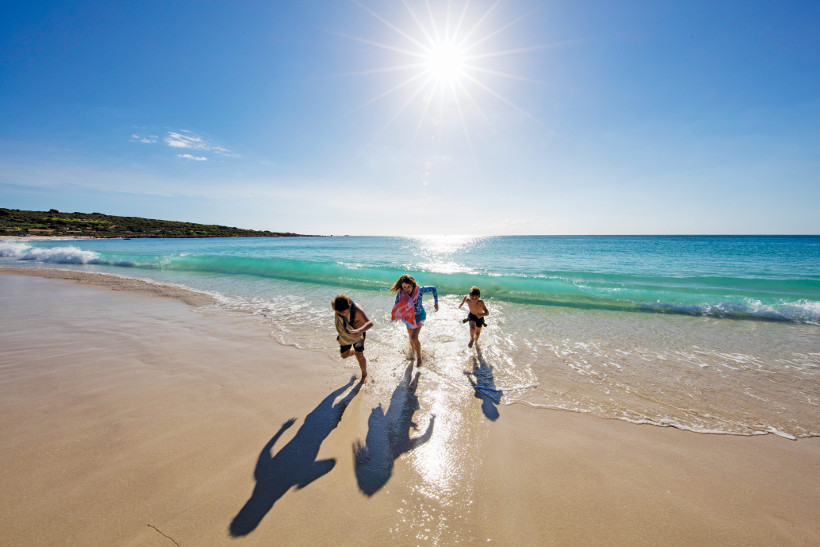 Smith's Beach in Yallingup is popular for all ages.

But as a surfer who has wined and waved – and possibly weaved – through all of them, I’ll let you in on a secret: nothing compares to Margies. Not for the irresistible combination of rural beauty, quaint villages, city-style accommodation and restaurants, dozens of wineries and craft breweries to visit, and, underlying all of this, powerful Indian Ocean swells wrapping onto a series of welcoming reefs practically year round. It's also the only wine region in Australia that features swimming and surfing beaches, tall-timber forests and caves. 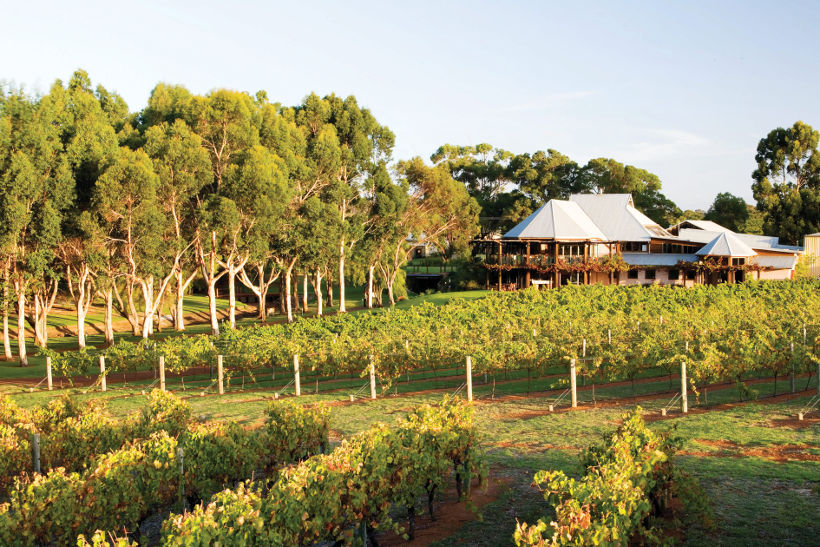 Vasse-Felix is the vineyard where the first modern Margaret River vines were planted in 1967.

Considering the worldwide fame that Margaret River now enjoys, it is ironic that it was famous as a surf coast before the vignerons discovered it. Cardiologist Dr Tom Cullity planted the first modern Margaret River vines in 1967, naming his property ‘Vasse Felix’, the name the muchextended vineyard still bears today. But the rocky 135km of coast between Cape Leeuwin and Cape Naturaliste was already home to a small but growing surfing community, clustered in the tiny towns of Yallingup, Gracetown and the folksy village built on the banks of the Margaret River, which flowed down to the coast and opened into the region’s most magnificent bay, with a quality left-hand reef break on one side and a hair-raising ‘slab’ righthander on the other. 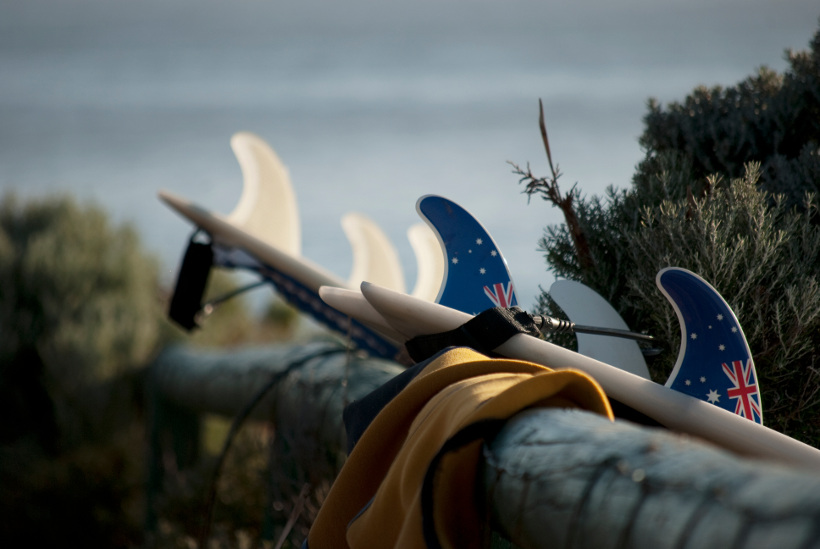 All lined up while their owners are at the winery?

Tom Cullity’s grapes had barely ripened when Margaret River hosted the Australian national surfing championships in 1969 and wine was still an underground cottage industry in the area when the titles came back in 1973. When I first visited Margies a year or two later, I was blown away by the wildness of the whole experience, from the big, powerful and relatively empty waves to the tall limestone cliffs and eucalyptus forests, and the rough-head locals you met in the pub.

The area soon became the actual or spiritual home to leading surfers of the day such as Sydney’s Robert Conneeley and pro-surfing pioneer Ian Cairns, who grew up surfing the power of Margies’ waves, which made him such a force in Hawaii’s big waves. Retired pro surfer Taj Burrow also earned his surfing stripes there. 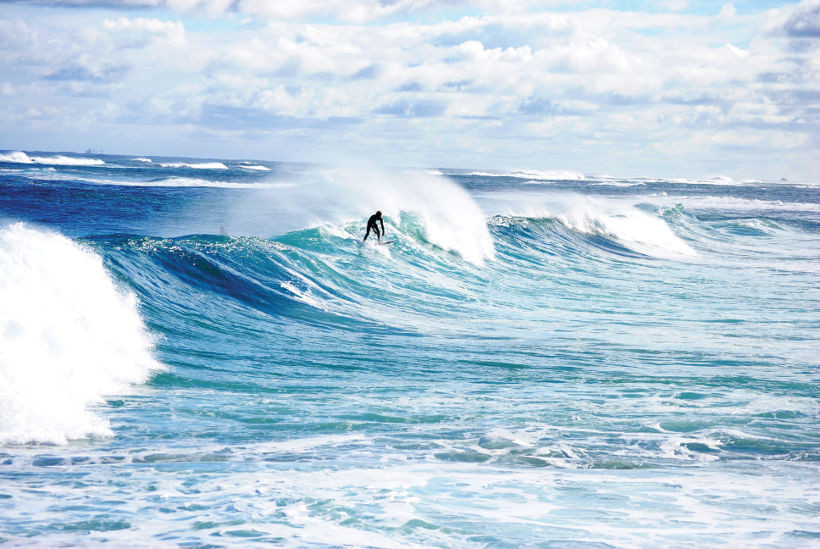 Uncrowded breaks are still a thing in Margaret River.

Today the Margaret River region, host to World Surf League’s Margaret River Pro, is very much on the surf travel radar, and during the peak season, from February to June, it can get crowded. But it is still wild, and part of its enduring attraction is that you can still take a rough track to the coast and discover an empty A-frame break.

Just a few kilometres from Margaret’s main break, Surfers Point, is Cape Mentelle Estate, one of my favourite wineries, picturesque and user-friendly. And if you’re really there just to surf, but wouldn’t mind a wee taste of the local drop, visit the Settlers Tavern in Margaret River, an average-looking pub with an astounding local wine list that also brews its own beer. Surf trip to Margaret River? Wine not!

Phil Jarratt is a renowned surfing journo and author of several books on the subject. He's been named among Australia's 50 most influential surfers and won Surfing Australia's culture award three times. A life-long surfer, he founded, and still runs, the Noosa Festival of Surfing, the world's largest by entry numbers.