Have A Whale of a Time on the Fraser Coast

Have A Whale of a Time on the Fraser Coast

Two words: Baby whales. If there’s anything more magical than seeing these creatures of the deep, surely it is seeing them with a calf in tow. And if you head to Hervey Bay or Fraser Island in Queensland, they’re not just passing by on their southern migration, but hanging around to rest, play and prepare their babies for the long trek back to Antarctic waters. 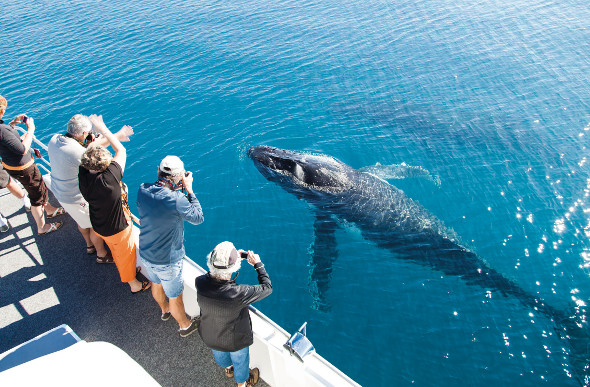 The whales in question are humpback whales, which grow up to 15 metres long and are considered among the most acrobatic of cetaceans. And their annual stopover in Hervey Bay’s protected waters – the only genuine stopover during their 5,000 kilometre trek back down the coast from their Tropical North Queensland holiday – has contributed to the Fraser Coast town’s reputation as the Humpback Whalewatching Capital of Australia.

They arrive from August to October, and a popular place to spot them is at Platypus Bay on Fraser Island’s western side, just across the Great Sandy Strait from Hervey Bay. Up to 7,000 humpbacks will migrate past in that time, with hundreds spending from two days to two weeks here at any one time, which means sightings are practically guaranteed.

You could also take a tour from Hervey Bay’s Urangan Harbour to see the whales’ fascinating behaviour, including tail slaps, breaching and tummy flashes. Depending on the tour, you can listen to their whalesong on the on-board hydrophones, or watch them frolic on the underwater viewing camera. Some tours even offer the chance to swim with the whales. 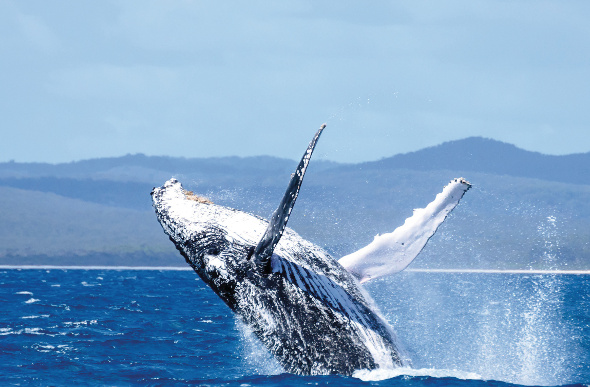 A breaching beauty in the waters of Hervey Bay. Picture: Jewels Lynch/TEQ

Humpback whales are amazing creatures. Did you know...

Next-level whale watching: Swim With the Humpbacks at Hervey Bay

Simply magic: Fraser Island is a Fun Ride for Families

Keep an eye out for some of these performances. 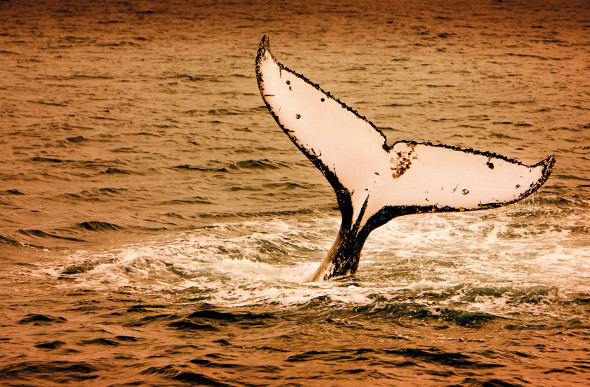 This tail shot is no fluke. Picture: TEQ

Humpbacks aren’t the only whales to visit Hervey Bay, with pods of orcas seen in recent years. There are also dugongs, dolphins, sharks and green sea turtles to be seen. On land, you can see dingoes and more than 300 bird species on pristine Fraser Island.

If you’re staying in Hervey Bay, take your pick from some great accommodation, such as Mantra Hervey Bay and BreakFree Great Sandy Straits, which are both right on the harbour, or Oceans Resort, which is on the Esplanade near the gorgeous Urangan pier.

Make sure you stroll the esplanade at sunset, or even take a sunset Champagne cruise, as all the waters and sky around you glow orange. And take the kids to the Fraser Coast Discovery Sphere, to learn all about the Great Sandy Biosphere and the traditions of the indigenous Butchulla people.

If you’re feeling peckish, check out Coast Restaurant & Bar for cool breezes and water views, or try beachfront cafe Enzo’s on the Beach for breakfast. 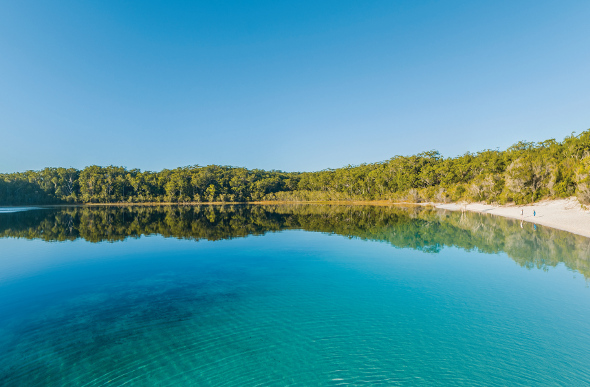 Lake McKenzie on Fraser Island is a stunner. Picture: TEQ

If you’re staying on Fraser Island, you can’t go past the Kingfisher Bay Resort and its Seabelle Restaurant, with menus inspired by Aussie bush tucker and the Butchulla people. While you’re there, there are endless opportunities for camping, fishing, four-wheel-driving (75 Mile Beach is a must), bushwalking, swimming in freshwater lakes (Lake McKenzie will amaze), and more. It is World Heritage listed, after all.