When Strangers Become Friends On The Road

When Strangers Become Friends On The Road

A crisis and the kindness of strangers have turned into a lasting friendship for one-time Canadian backpacker Margaret Campbell, 33, and Sydney-sider Taffy Millington, 70.

Ten years ago, Margaret found herself broke in Sydney, in the middle of a break-up, and unable to get a flight home for two weeks. Luckily, she had struck up a friendship with Taffy, as they travelled to work each day on the bus.

“We would be the only two on the bus for the first part of the ride,” Margaret says. “We started chatting each day and became bus friends for a few months.”

After a trip 3,000 kilometres up the coast to Cairns, Margaret ran out of money and found herself tapping on Taffy’s door. “To my surprise, Taffy said I could stay as long as I needed.”

Ten years later, Margaret has been back to visit Taffy, and last month he flew to Nova Scotia to visit her in the port city of Halifax, as well as taking a four-day trip around the famous Cabot Trail in Cape Breton. 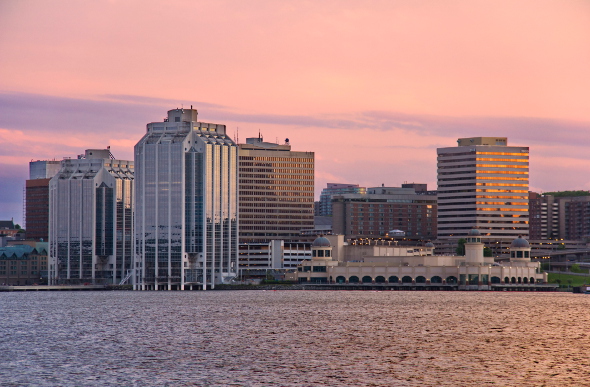 Taffy and Margaret were reunited in Halifax. Picture: Getty Images

“My favourite place to visit with together has been the time here in Halifax exploring the city that I live in and getting to see it through Taffy’s eyes,” Margaret says. “We had such laughs with my friends and family in traditional Irish pubs, Maritime kitchen parties (such an important part of our Eastern Canadian culture), backyard barbecues, roasting marshmallows around a campfire (complete with Taffy’s patented mozzie dance and his first s’more) and so many more little things.”

Taffy, who travels about every two years and is off to the UK next year, says he kept in touch with Margaret because of her “kind and happy approach to life”.

He says he always makes new friends when he travels because it “makes your holiday more enjoyable”. 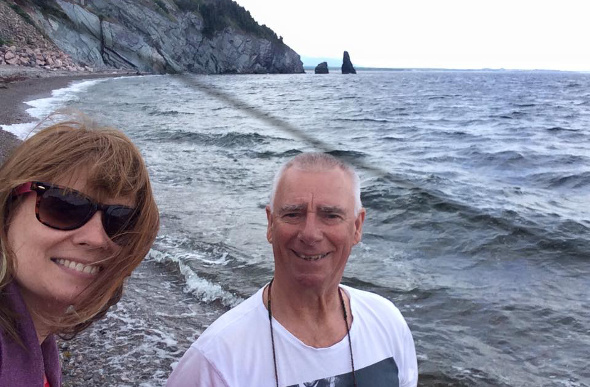 Margaret – who these days travels monthly within the Canadian Maritimes, yearly within Canada and occasionally to the Caribbean – kept in touch with Taffy because of his kindness.

“As a backpacker it is necessary to be resourceful and independent but also to rely on the kindness of strangers,” she says.

Strangers can quickly become friends while travelling, especially when they’re thrown together on a tour or working as volunteers, says another seasoned traveller, Brisbaneite Dale Spinks, 43.

She travels about every two years and has visited the UK, Europe, South-East Asia, North America, as well as Central and South America. She is heading off to the Kimberley in Western Australia this month.

She volunteered at a school in Peru in 2012 with other travellers from around the world. Dale bonds with the locals on a volunteer trip to Peru.

“You’re all there for a common cause, and in that particular instance, you’re all living together – it cements the friendship,” she says.

Dale has done her share of travelling solo but finds more friends on tours, especially if there is a language barrier. “I went to Mexico - I was by myself coming back from Cuba – and I did some sightseeing. A man spoke vast volumes to me in the cathedral in Mexico City but I had no idea what he said.”

She tends to keep in touch with her tour-mates - swapping travel tips with her tour guides and fellow travellers - via social media.

Hit your mates up for travel tips: All my friends went to Japan

A tour can be your best friend: See more South American In 2016 With Globus

So what does it take to make and keep a friend while travelling?

Take in a traveller

Make like Taffy and help a traveller out – it may even be reciprocated. Says Margaret: “I am thrilled to have Taffy visit my boyfriend and I for these last three weeks here in Halifax and have a chance to offer him the same hospitality.”

Hostels are a great breeding ground for friendship but what if they’re not quite your thing? Dale is still planning her WA trip: “I’m going to Broome for a couple of days and then Darwin. Do I book myself into a hotel or resort, where I may not speak to anyone but staff, or should I do a B&B because then I get to talk to somebody at breakfast?”

“Take your headphones out and don’t be afraid to talk to people around you,” says Margaret. Taffy agrees: “Enjoy all those around you with a happy conversation.”

Tours and volunteering are a good way to meet likeminded people. Dale says: “It used to be adventure tourism was all the rage – there are such niche groups now, like 16th Century religious pilgrimages – if you’re going to be with like-minded people straight off the bat, you would think that would lend itself to friendship.” 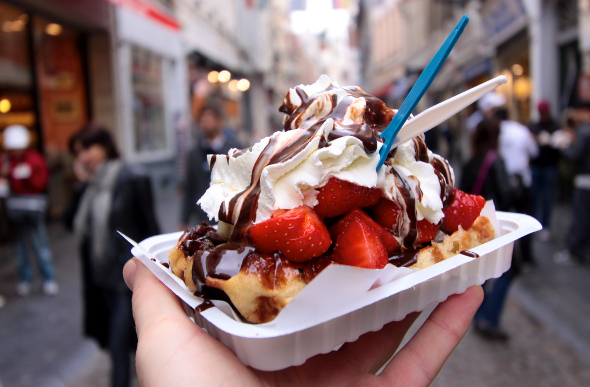 A waffle is sure to win you friends in Brussels. Picture: Getty Images

Food is a great uniter, whether it’s bonding over a Belgian waffle or chowing down on chillies in Chile. Cooking, too, can fire up a friendship. Says Margaret: “I have a little laugh every time Taffy questions our over-processed orange cheese and the different ways he tried to prepare bologna (think round, flat Spam) to make it more edible.”

Be open to random encounters

A stranger is just a friend you haven’t met yet, said Will Rogers – or Yeats, in more poetic fashion. “I rarely leave a hostel, day trip or road trip without making new friends to keep in touch with,” says Margaret. “There are countless memories of my travels where the most random of encounters turn into lasting friendships and new travel destinations for visits.” And be a little adventurous. “When someone asks you to tag along to an activity you have never tried or something you already love, say yes (within reason and safety restraints).”

Yes, we all have short attention spans these days but being a friend takes effort. “Postcards, letters, emails and Facebook messages can be a great way to check in monthly or yearly and share photos,” says Margaret. “When a friend checks in after not being in touch for a while, don’t reply with ‘oh everything is normal, same old, same old, no news etc’. Take five minutes to fill the person in on your work, your family, your plans, and they will usually take the time to write back and do the same.”