Where To Next? Around The World In October

Where To Next? Around The World In October

It’s springtime down under and cooling off in the northern hemisphere, but there are still plenty of places that are hot on the travel to-do list this month. Here is a roundup of where to go and what to do in October.

Let’s start with one of the most obvious, but necessary bucket list items for October– Oktoberfest. While it technically starts in September, it’s worth a mention as one of the world’s most famous festivals. What started out as a relatively small celebration of Bavarian beer in Munich in 1810, today hosts over 6 million people each year where more than 7 million litres of beer is served. It’s not just any beer though, only beer from Munich’s 6 select breweries is sold. 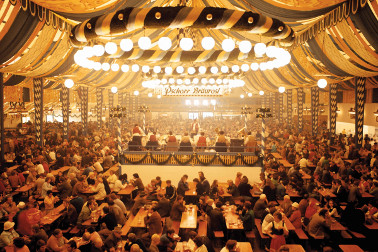 If you love the fashion and festivities of Halloween then celebrating with Disney is an absolute must-do. At Disneyland in California the park is dressed up to the nines in Halloween decorations and hosts Mickey’s Halloween Party. The main attraction not to be missed here however, is the Haunted House Holiday. This is where Disneyland’s Haunted House is transformed into an attraction inspired by Tim Burton’s The Nightmare Before Christmas. Celebrating Halloween at Walt Disney World in Florida has much of the same festivities, including the renowned Mickey’s Not So Scary Halloween Party. 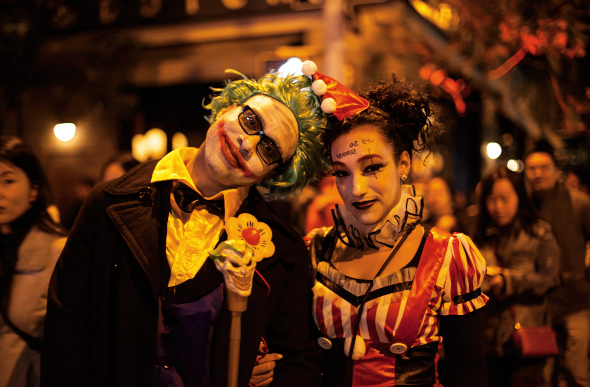 Summer might be well and truly over in most of Europe, but the southern island of Cyprus, perched south of Turkey in the Mediterranean Sea is still balmy and beautiful. Ideal for an October escape, Cyprus is famous for its aqua blue beaches and wine regions. If you’re looking for a hit of history and culture, ancient mythology tells us that Aphrodite, the Greek Goddess of love and fertility was born off the coast of Cyprus and found her way to shore. Remnants of her reign remain today, including ruins of palaces, tombs and villas with incredible mosaics. Flight Centre has deals on accommodation from family-friendly resorts to traditional village houses and romantic luxury resorts. Contact 131 600 or visit your local Flight Centre store today. 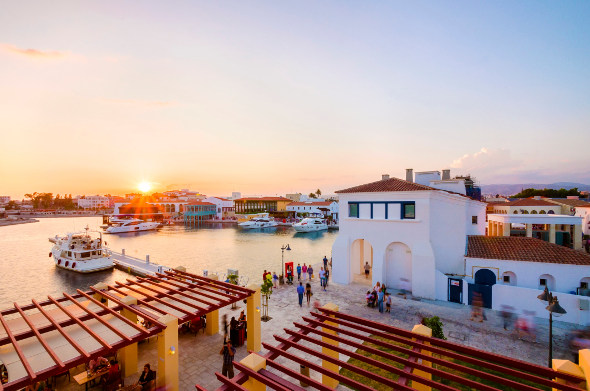 The world’s biggest dare devils will be assembled in Dubai this October for the competition finale of the Red Bull Cliff Diving Championships. After touring the world, hurtling themselves into the ocean from precariously high platforms, the divers will plunge one last time before a champion is crowned. Pier 7 in the Dubai Marina is where to go to catch the action, with 360-degree views and seven signature restaurants, one on each floor. October is also a great time to visit Dubai as the humidity isn’t too high and the temperature is warm, but pleasant, hovering around the mid thirties. 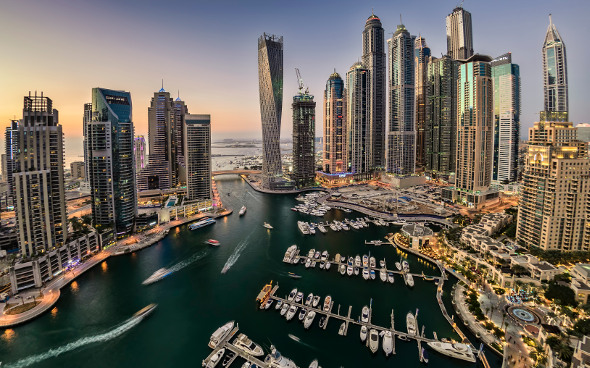 For the finale, Red Bull Cliff Divers will fly from buildings in Dubai. (Image: Getty)

Art And Entertainment In Melbourne

Slightly closer to home, Melbourne hosts a bunch of arts and culture highlights starting in October. The Melbourne Festival runs from October 6 to 23rd, showcasing events in visual arts, theatre, circus, dance, music and multimedia. Spend a day exploring installation art from international artists, feast at one of Melbourne’s participating restaurants then head to the theatre for an evening of incredible poetry, dance or musical performances. While you’re in town, be sure to also check out the Art of Banksy exhibition opening on the 7th October in Federation Square. More than 80 works by the artist explore his works around the world, and of course a roster of delicious food trucks will be along to keep you fed with a side of summer cocktails at the exhibition’s own Circle Bar. 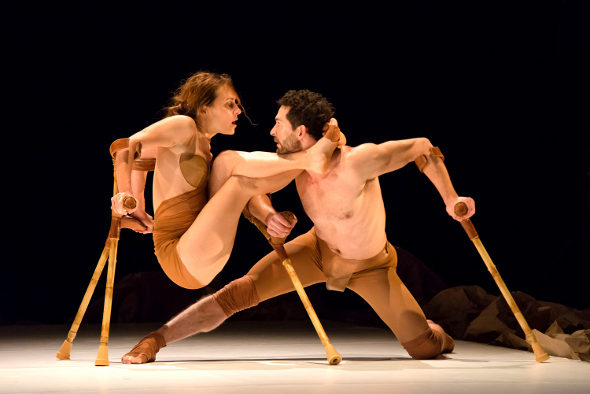