No matter how many photographs you've seen, little can prepare you for the soul-stirring sensation of basking in the glow of Aurora Borealis for the first time. This celestial ballet of pastel light beams dancing across the night sky is nature at its purest and most brilliant. Few natural experiences have the power to beguile and transfix witnesses quite like the Northern Lights.

A true pilgrimage destination for intrepid travellers, patience is a virtue when chasing Aurora Borealis. She appears without coercion and often with little warning, though sightings are most common in the Northern Hemisphere's late autumn and winter to early spring – freezing cold, dry conditions are ideal. 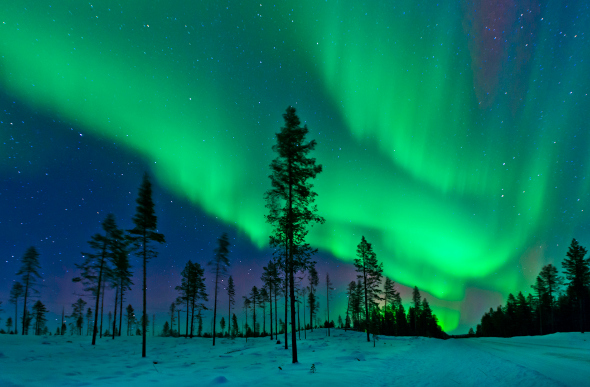 The ethereal glow over the Swedish wilderness (image: Getty)

When darkness descends from September to late March, you'll have your best chance of spotting this otherworldly phenomenon.

So how does it occur? Put simply, the vivid blues, greens and purples that spread like ink across the night sky arise when storms on the sun launch solar charged particles into space. When the particles collide with the earth's atmosphere, they react with nitrogen and oxygen atoms, causing the colours.

By far, the best displays of this magical light show are seen in the upper reaches of the earth away from any urban glow. Namely, the Arctic Circle.

In North America, remote Canadian territories such as the Yukon are primed for the nocturnal light beams. Venture out into the wild and pull up a chair in a custom-built cabin for a front-row seat to nature's high-definition cinema screen. 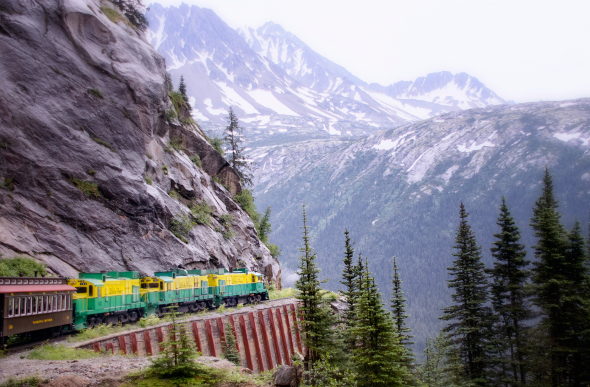 It's certainly not all evening fun in the Yukon. By day, there are myriad adventure pursuits to enjoy. Base yourself in Whitehorse or Dawson City and you could ride the White Pass and Yukon Route Railway; cuddle up to huskies on a hiking or sledding trip; delve into Klondike Gold Rush history; or savour in the cosy comforts of a luxury wilderness lodge.

Find out why life's a little different in the Yukon

Scandinavia, however, promises your best chance of witnessing a sky ablaze in ethereal curtains of colour.

For something truly unique, Jukkasjärvi in Sweden is home to the country's first ice hotel, an unforgettable base worthy of an unforgettable experience. For a unique perspective of the Northern Lights, a flight with Spaceport Sweden offer a bird's-eye view of Aurora Borealis.

But it is Norway who claims the home of the Northern Lights. This vast geographical area has many unique places to stay and ways to keep you busy away from the lights. The Aurora Borelias belt cuts through Northern Norway, and continues along the coast to North Cape and beyond. 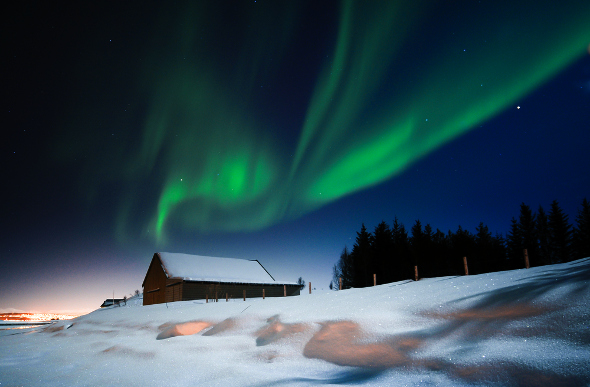 Some would argue that the Lofoten Islands are one of the best places to witness the Northern Lights, though the lively hub of Tromsø, 500 kilometres, offers the same views, just from a different angle.

Whether you venture to the Arctic archipelago of Svalbard; embark on an Arctic cruise; or venture to secluded township of Karasjok, there are vast and varied places in Norway to witness this magical natural wonder. And if this vivid, graceful light dance proves difficult to find, spend time exploring Norway's snowy lands by snowmobile or dog sled.

Leave The iPhones Behind... 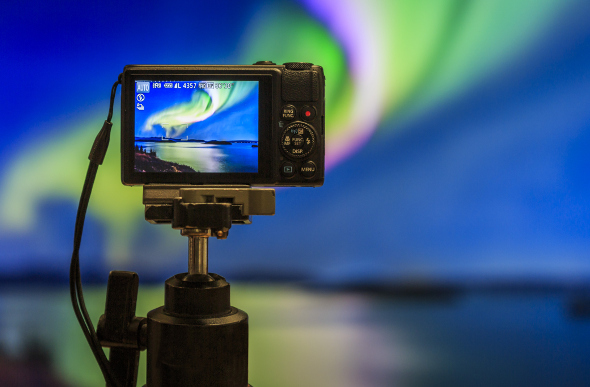 Camera at the ready! (image: Getty)

It almost goes without saying that you'll need your best camera gear at the ready, and that smartphone isn't going to cut it. You don't need the skills of a professional to get the most out of your Aurora Borealis experience, but there are a few ways you can ensure you snap some quality photos. You'll need: a tripod, camera (preferably with interchangeable lenses), a wide-angle lens with manual focus adjustment and a spare battery. Nothing drains a spare battery like cold weather, so keep it close to your body until needed.