Why Iceland Continues To WOW

Why Iceland Continues To WOW

It seems that everyone is talking about Iceland right now, and have been for a while. So what is it about this tiny nation in the middle of the arctic that keeps everyone so enthralled? From its ancient moss-covered canyons and giant glacier lagoons to the howling wind and mythical horses, there are so many reasons why you need to visit Iceland in 2018. If the volcanic beaches, the largest glacier in Europe, and the dancing Northern Lights aren't enough to convince you, continue reading. Below is a treasure treat of images that will show you why Iceland continues to WOW.

For more places that will make you go WOW, head to the Travel Ideas WOW list here. 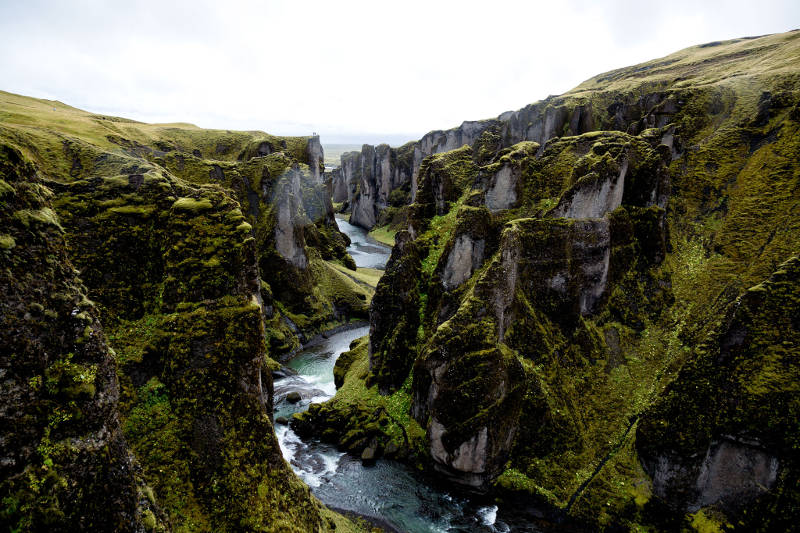 The Fjaorargljufur canyon, about two million years old, is one of many magical sites peppered along Iceland’s southern coastline. I had never been somewhere that made me question my view of the world quite like this before. In fact, I never truly understood the power of the Earth until I looked down into its crevices. The words ‘amazing’, ‘awesome’ and ‘breathtaking’ are used all the time, yet on a drive through fertile farmland, across moon-like landscapes, past colossal waterfalls to imposing glaciers, and all in one day, these words actually carry meaning, because that’s how you’d describe every bend in the road. 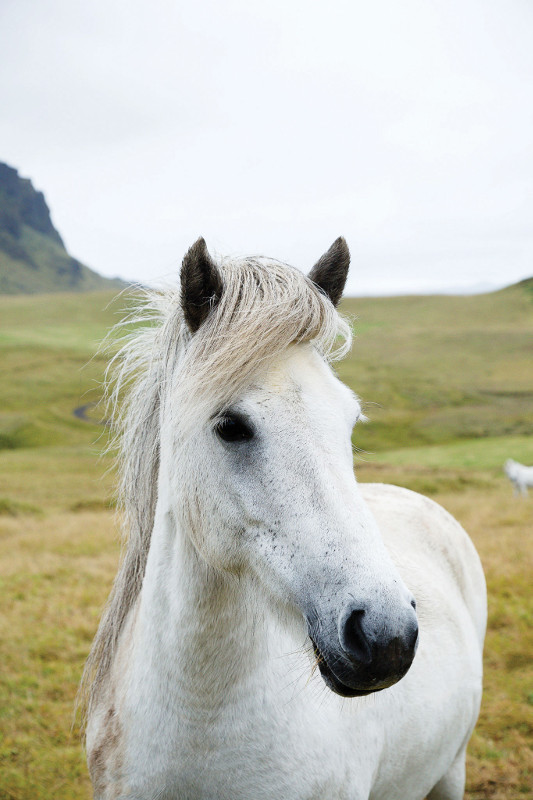 A strong and spirited breed, these horses were brought to Iceland millennia ago by Viking settlers and have since become one of the only reliable ways to navigate the unforgiving terrain. The horses have garnered as much attention as Iceland’s waterfalls and you’ll see just as many of them while driving through the countryside. If you’re lucky, you might even see them tolt or use ‘flying pace’, two gaits unique to the breed. More likely, you’ll see them up close, keen for a chat and looking for a snack. 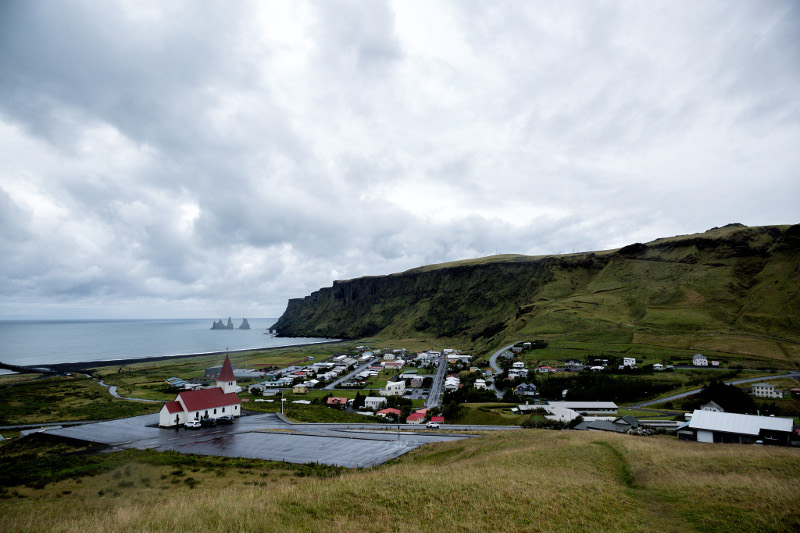 Vik on Iceland’s south coast is a town with less than 600 locals yet 4,000 hotel rooms, a testament to the world’s fascination with Iceland. Perched below one of the country’s largest and most active volcanoes, and close to popular tourist sites, such as the volcanic shores of Reynisfjara Beach and the towering Skogafoss waterfall, Vik is a quaint seaside destination amid fertile farmland as well as a gateway to some of the world’s most wild and astounding landscapes. 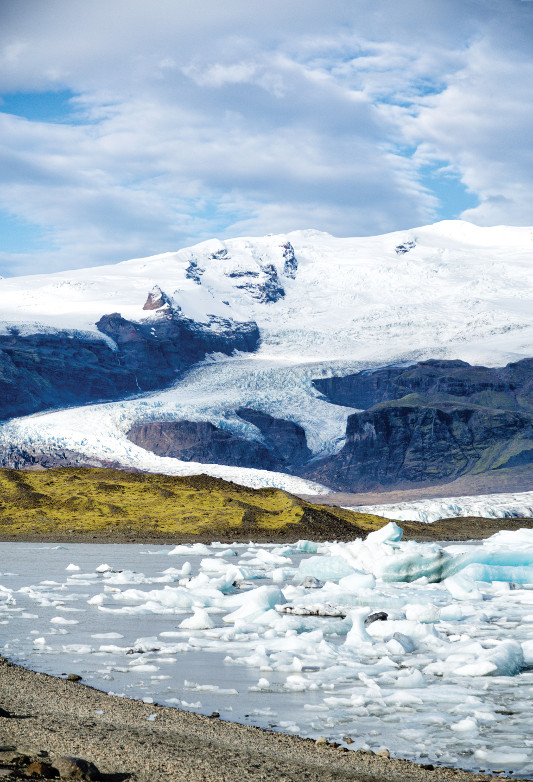 I drove under a blanket of darkness, with no idea of what I was passing, nor of the icy mass towering above the road on one side with the windswept sea on the other. Glimpsing it in the middle of the night as the northern lights danced across the sky, giant icebergs and the outline of jagged mountains hinted at what would greet me in the morning. I slept the few remaining hours by the famed Jokulsarlon glacier lagoon, leaving as the sun rose high in the sky and the last of the summer tourists arrived for Zodiac boat rides to snap photos of the resident seals. Further down the road, Fjallsarlon was like being let in on an Icelandic secret. The wind swept off the glacier, the icebergs danced around the lagoon and I stood there, alone, for what seemed like hours in complete awe of this constantly moving and mighty force of nature. 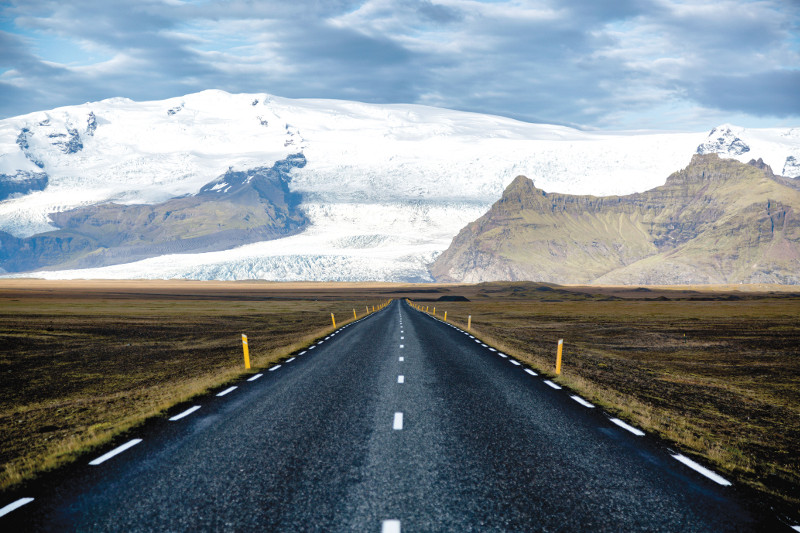 Vatnajokull is one of the largest ice caps in the world, covering no less than eight per cent of Iceland’s total landmass. Disguising three of Iceland’s most active volcanoes (and more), and stretching a kilometre at its thickest, the glacier forms part of a constantly changing landscape. While visitors like to hike here in summer and explore ice caves in winter, I still think the best way to appreciate its scale is cruising down the ring road with Vatnajokull rising steeply out in front. 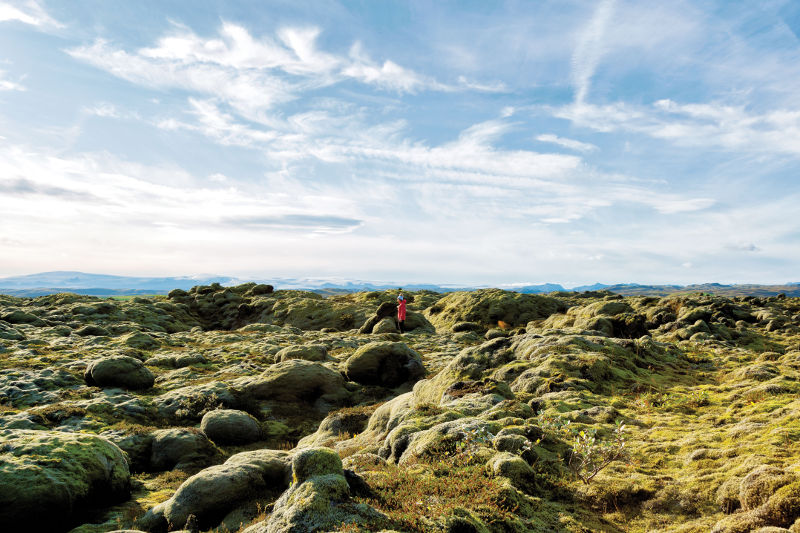 Driving along flat, somewhat nondescript coastline far from anywhere, the road ahead suddenly seemed to disappear. As I got closer, the low-lying obstruction looked like a mossy forest, again more fairytale than planet Earth. The lava flow formed in 1783 by what is believed to be one of the largest lava flows from a single eruption in recorded history. Covering almost 60,000ha, for as far as the eye can see, it is today coated in a fuzzy green grass, difficult to navigate on foot and even more so in the mind. 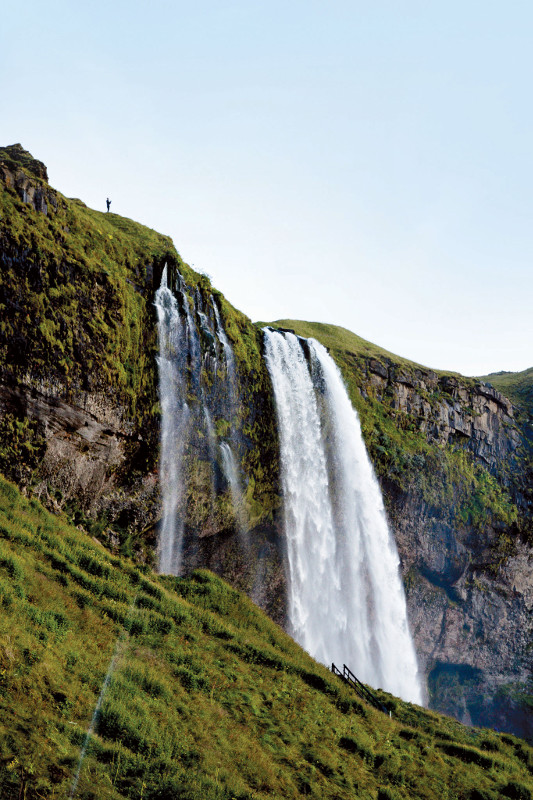 Everything in Iceland is huge. The power of the Earth here is overwhelming and I found myself constantly reminded of how small I was. That’s the only way to describe how Iceland feels. This waterfall, which is fed by meltwater from the glacier-capped Eyjafjallajokull volcano, is in fact one of the smallest. Yet the energy here was different. It was the definition of awesome. 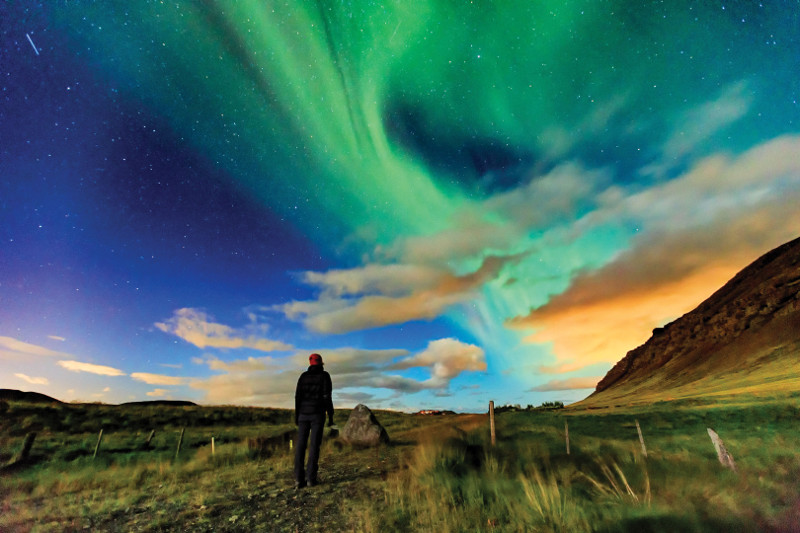 It’s no wonder the northern lights feature heavily in mythology around the world – seeing colourful beams flit across the night sky from one horizon to the other is positively fanciful. I spent each day in Iceland chasing clear skies for a chance to see the aurora. Napping in the campervan, waking in the dead of night and climbing into the cold, it paid off on four out of five nights. Dark skies and physics may make it happen, but a good alarm clock and luck is how you see it.