Japan – One Of The World's Great Ski Destinations

Japan – One Of The World's Great Ski Destinations

With its northern fringes lying closer to Siberia than Sydney, it's no surprise that Japan is one of the world's top ski destinations.

From Nagano to Niseko and plenty of ski fields in between, The Land of the Rising Sun could well be called The Land of the Falling Snow when the winter winds begin to howl down off the hills.

I know all about winter in Japan, having lived for three years in the seaside town of Shimizu. And while sunny Shizuoka enjoys a reputation as one of Japan's warmest regions, it's still a chilly place to be when the January snowstorms dust the Akaishi Mountains and an icy wind blows in off Suruga Bay.

That said, I have actually spent some time on the ski fields of Nagano. And though I became more of an expert in sipping sake under a kotatsu than an off-piste exhibitionist, I saw enough of Japan's ski culture to understand why thousands of ski and snowboard enthusiasts head to this fascinating country each year to get their powdery fix. 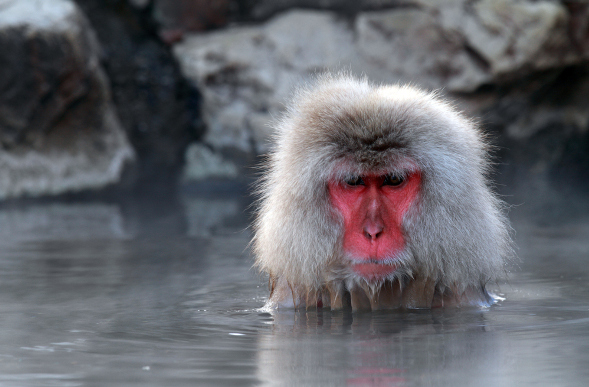 A Japanese Macaque takes a dip at Jigokudani

All Roads Lead To Nagano

Like thousands of Australians, I too have caught the Shinkansen from Tokyo to Nagano, then hopped on an express bus to a nearby ski resort.

In my case I headed to the Ryuoo Ski Park in the small town of Yamanouchi, which caters mainly to local tourists and boasts incredible views from its peak - best reached via the dizzyingly efficient Ryuoo Ropeway.

What Yamanouchi and its surrounding Shiga Highlands are perhaps best known for, however, are the colonies of adorable Japanese Macaques which inhabit the nearby Jigokudani Monkey Park.

These cute little critters are famous for spending the cold winter days splashing about in the hot springs, warming themselves daily in these natural outdoor onsens - to the evident delight of curious onlookers. 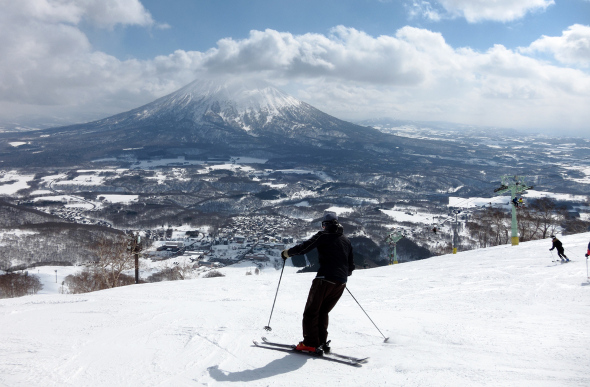 Hokkaido is a popular ski destination

While Hakuba is arguably Nagano's most popular - and foreign-friendly - ski resort, in recent years Australian snow hounds have preferred to make Niseko their home away from home.

In fact, there are now so many Australians hitting the slopes of this Hokkaido holiday hot-spot, you could be forgiven for overlooking the fact that you're actually in Japan!

If you're after a bit more local culture, spend some time in Hokkaido's charming capital Sapporo. Home to the historic Sapporo Brewery - a fantastic place to enjoy a beer-fuelled all-you-can-eat lamb extravaganza - Sapporo is also home to the famous Sapporo Snow Festival.

Held every year in February, this week-long festival is famous for the fabulous snow sculptures carved out of solid ice which spring up in locations all around town. 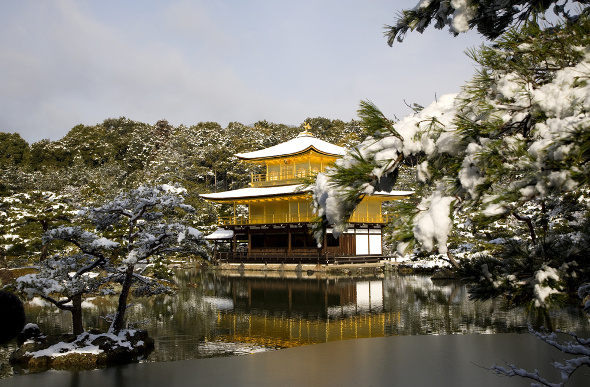 Snowy Kyoto is a spectacular sight

I once spent a freezing New Year on the shores of Lake Biwa, and as the snow tumbled steadily from metallic grey clouds, I couldn't help but think I'd have been better off in nearby Kyoto.

Fortunately I've spent time in Japan's old imperial capital during winter as well, and when the snowflakes fall on the spectacular 'Golden Temple', there could hardly be a more atmospheric winter setting.

As a bonus for snow lovers, there are several ski resorts in the vicinity of Kyoto, including the popular Oeyama Ski Resort. But even if you're not overly keen to hit the slopes, Japan still boasts plenty of wintertime highlights - from its ice festivals to its onsens and the unabashed joy of watching blankets of snow coat the streets of some of the country's most beloved ski towns.