Reclining in hammocks strung between tilted palm trees, the fishermen shake with laughter. Exchanging jokes as they swig on Singha beers, they are relishing the rest after a long day of hauling their catch out of the azure waters off Phuket’s South-East coast.

The oldest of the men yells to a group of boys who are cleaning their docked boats - multi-coloured wooden vessels, almost identical to those used by previous generations of fishermen. Dozens of the boats are moored up along the shoreline, embellishing what already is a colourful setting. 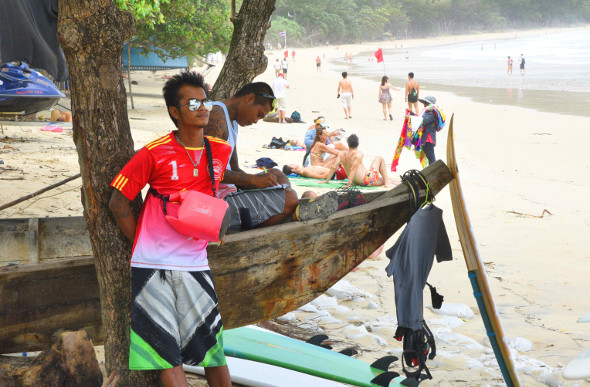 Across the road from the beach, the spoils of the fishermen’s labour are being converted into cash. A makeshift market has been set up beneath a canopy of Casuarina trees, with local women dressed in bright sarong skirts scaling and gutting fish of varied species and sizes.

The weighing devices they use are weather beaten, prices are decided by animated haggling with customers and purchased fish are wrapped in newspaper. It is seaside commerce of a simple and charming type which shows life on Phuket still follows the gentle rhythms of bygone eras.

This Thai island has become a heavyweight of international tourism thanks largely to the luxury resorts, exciting nightlife and cosmopolitan atmosphere of its traveller enclaves in its South-West. The tourist precincts of Patong and Karon beach almost are as Western as they are Thai. 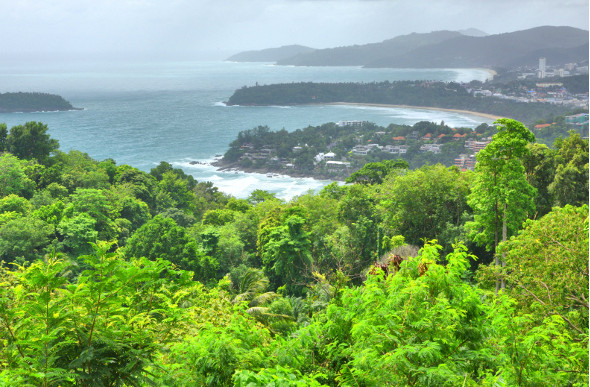 Yet these areas represent only a sliver of Thailand’s largest island, which holds myriad surprises for those who venture beyond the tourist zones. Travel companies in Patong and Phuket offer trips to the “real” Phuket, promising visits to traditional villages and encounters with charming locals.

These outings can be great, although to get a truly authentic experience of Phuket, there is no better tour guide than yourself. With an international driver’s licence, easily obtained in your home country, you can hire a car for as little as AUS$40 a day including insurance. As petrol costs only $1.10 per litre it is an easy and economical way to explore Phuket.

The more adventurous option is to rent a scooter motorbike from just $15 a day with insurance. With a car or scooter at your disposal, simply head off in any direction. Phuket is so ceaselessly beautiful that there is no such thing as a wrong turn. 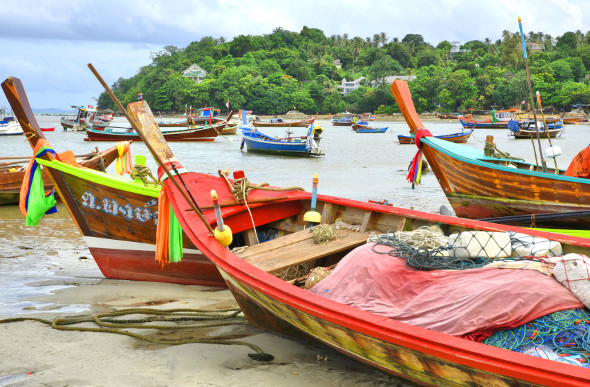 Fishing continues to be a way of life for many Phuket residents.(Image: Ronan O'Connell)

Turn down a side road and chances are it will lead through dense jungle teeming with wildlife and deposit you at an enchanting location free of tourists. You’ll find yourself at empty, isolated stretches of sand like the petite Laem Ka beach in Phuket’s South East or the very long and quiet Mai Khao beach just north of the airport on the West coast.

As uncrowded as these beaches are they still have the basic infrastructure and services you need. All over Phuket, local restaurants rarely are more than a short walk away. Pull up a plastic chair and eat Thai dishes like noodle soup or fried rice from $1.50 each. Many restaurants advertise international food and even at those which don’t, a smile and a polite request should get you basic off-menu Western dishes.

In the more remote sections of Phuket there are no petrol stations. However, streetside vendors sell one-litre bottles of gasoline which will tide you over until you come across a Shell or Caltex.

While Phuket is large enough to boast many swathes which are off the beaten path, it remains compact enough to make it hard to ever really get lost or find yourself stranded. By car you can explore even its furthest reaches on a day trip before returning at night to your Patong or Karon resort. 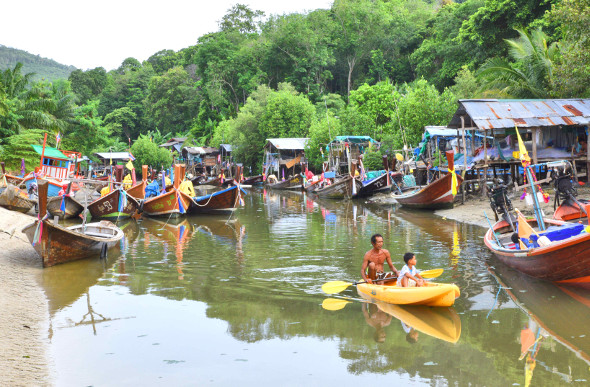 Choosing accommodation in the less populated parts of Phuket can be very rewarding too. Its northern half is particularly pristine and boasts the waterfalls and wilderness of Khao Phra Thaeo National Park, gorgeous temples Wat Phra Thong and Wat Phra Nang Sang, and access to the unique sea caves of Phang Nga.

Outside of Phuket’s tourist zones, the hotels and resorts are even better value, with four-star accommodation costing as little as $60 a night. You also will have the benefit of immersing yourself in the more understated and traditional ways of Phuket life. Combined with time amid the hubbub and glamour of Patong and Karon, exploring Phuket’s lesser known regions will leave you with a fuller understanding of this stunning island.