Although the temptation during one of our coldest winters is to stay indoors, curl up under a blanket and dream of a warm beach, this is actually an ideal time of year to get outside for a walk.

Crisp air, lack of humidity and relatively quiet tracks make the experience much more enjoyable in winter than struggling through summer’s heat.

While winter finds a way to hang around, take a look at these five quality walking tracks, which are great for discovering our country's beautiful outdoors.

One of Australia’s most celebrated walks, the near-vertical descent down the plunging cliff side to the bottom of the magnificent, three-tiered Wentworth Falls is an undoubted highlight.

The Grand Stairway’s steps were painstakingly hewn with picks, shovels and dynamite in the early 1900s and this epic undertaking is detailed in a series of interpretive boards along the route. 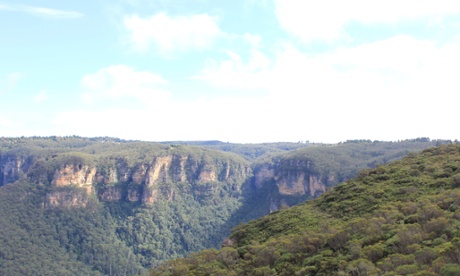 The Blue Mountains, a handy day trip from Sydney, boast some of Australia’s best walks.

The National Pass, built into the face of sandstone escarpment, takes in awesome views of the Blue Mountains, the trademark tobacco-smoke hues of which are actually created by short-wave rays of blue light being scattered by dust particles and droplets of eucalyptus oil from the lush gorge forest.

Allow a good three hours to complete the whole 5.4 kilometre walk. The drier winter months are a great time to tackle the trek with less chance of getting rained on, although you might get splashed walking under the cascade of one of the route’s waterfalls.

Noosa’s must-do walk can be overrun in the summer and long weekends, but take a walk in winter and you’ll have more breathing room to enjoy the fresh air – plus it’s the season to spot migrating whales.

Starting at the main beach boardwalk in Noosa Heads, this ramble represents the longest uninterrupted stretch of rocky coast in south-east Queensland.

Leading first through fragrant eucalyptus forest, in which you can spot koalas, the trail then weaves through paperbark woods dotted with the endangered swamp orchid, which flowers from August to October. 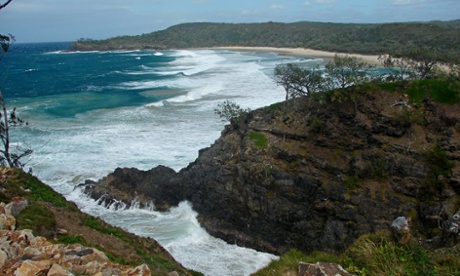 Continue on to the Boiling Point lookout, where locals throw lines into the water and you can watch surfers catch the famous breaks down at Tea Tree bay.

Birdlife abounds along the track, which is wheelchair accessible up to Dolphin Point (about 2 kilometres from the beach), so take a picnic and stop for lunch at the appropriately named Picnic Point and watch as pied cormorants and magnificent ospreys pepper the brine, plunging through the waves to emerge with a meal of their own.

Make sure you push on to the trail’s highlight, Hell’s Gates.

On these towering bluffs, an invigorating bluster buffets you from every direction, which is both refreshing after the uphill push to get here, and thrilling as you take in the panoramic views from the brink.

The Dandenong ranges is a mere hour’s drive from Melbourne.

The most accessible track (you can also get there from Melbourne using public transport) is the eastern Sherbrooke walking trail, taking in lovely fern-filled gullies and pretty picnic spots.

Most of this two-hour trek through tree fern glades and over creek crossings is manageable for anyone with a reasonable degree of fitness, although there are steep sections along Paddy Road and Welch Track which may be slippery when wet. 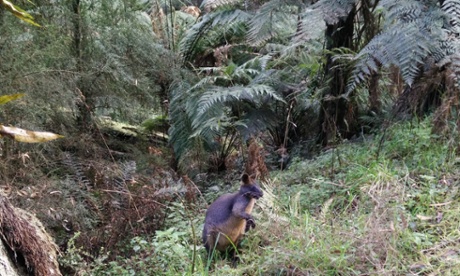 The Mountain Ash forests surrounding the 7.1-kilometre track provide the perfect habitat for the superb lyrebird, and June to August is the best time to find them because it’s peak mating season, when lyrebirds sing with the most intensity for up to four hours a day.

Look out also for treecreepers – small birds that cling to trunks, foraging for insects – and, if you’re lucky, the elusive blue-winged parrot.

Sydneysiders are blessed with a network of local walking tracks, but Manly to Spit Bridge, or vice versa, is arguably the most scenic – and it has penguins.

Taking in iconic harbour views, verdant bushland and pristine beaches, this 10 kilometre walk is well sign-posted from both ends, and there are several entry points along the route, allowing you to dip in and out as ability or time allows.

It takes three to four hours to complete the whole hike.

Combining modern waterfront development with ancient indigenous sites, this track jumps forwards and back through the ages like a time machine with a busted flux capacitor. 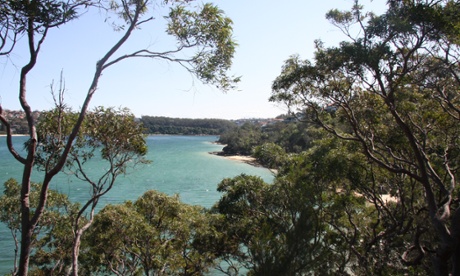 One of Sydney’s best walks – the Spit to Manly. You’d scarcely believe you are in Australia’s biggest city. Photograph: Christopher Eden/flickr

Starting at Spit Bridge, the trail winds through subtropical rainforest around Fisher Bay, past sandy swathes and the wave-shaped rock at Duke of Edinburgh reserve, to the century-old Grotto Point lighthouse.

Take a 20-metre detour from the track here to see indigenous engravings of boomerangs, fish and wallabies.

From May to November you can spot migrating whales here or at Arabanoo lookout, which offers stunning views over north and south head and the Pacific Ocean.

Between July and February, try to time your stroll to end at Manly wharf as the sun goes down, when the only mainland breeding colony of little penguins in NSW comes in to nest.

If you have neither the means nor time to get out of the city, it doesn’t mean you’ll have to spend your weekends wandering shopping malls: this 260 hectare park is in Kew, just four kilometres from the CBD.

Adjoining the park is the Collingwood children’s farm and community garden, where your kids can pet goats, and the Abbotsford convent, where you can lunch at the social enterprise chain Lentil As Anything.

Unlike many national parks where pets are not allowed, most areas of Yarra Bend are open to dog walkers.

This article was written by James Draven from The Guardian and was legally licensed through the NewsCred publisher network.

James Draven is a travel editor and writer with extensive experience in travel, lifestyle and entertainment.
more articles from this author