Run Your Way Around The World

Run Your Way Around The World

Great running experiences are being held all around the world at various times of the year. If you love feeling the 'runner's high' and can't wait to explore this diverse globe of ours, striding out along one of these running trails might be your dream holiday.

It's time to trade in the usual houses and street signs you see on your morning run and replace them with some of the most stunning scenery on earth. 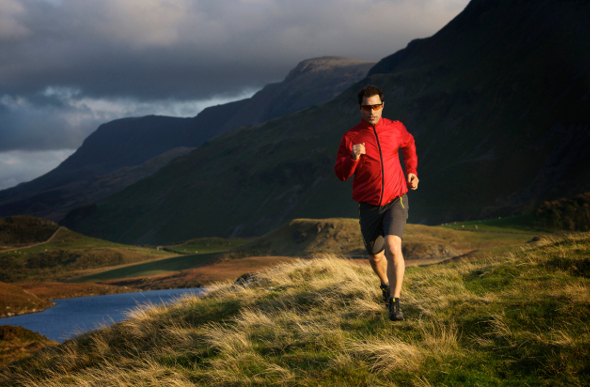 Let your legs take you to some of the world's most beautiful locations and biggest events (image: Getty)

Linosa, one of the most remote islands in the Mediterranean (it lies between Sicily and Tunisia), offers five square kilometres of colourful landscapes. The road that circuits the coast – a track with almost no cars – has provided many breathtaking runs.

Run at dawn or at dusk to see the red sunrises and sunsets. For those who fancy more, there are three volcanic craters offering more staggering views.

Plan to stay in Barcelona in February around the Barcelona Half Marathon. Never will 21 kilometres flow by so quickly – you'll be transfixed by the city and captivated by every landmark you pass. 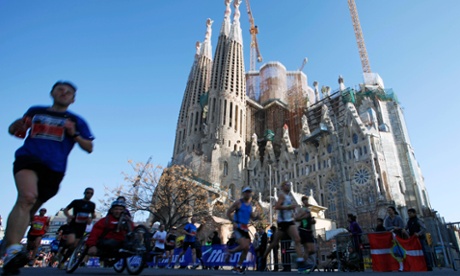 On the run in Barcelona. Photograph: Alamy

From La Rambla to the Sagrada Família, savour every kilometre of the race, not knowing where the next bend could take you in this spectacular city.

After the race, you can stand proudly under the Arc de Triomf with your medal. It's an amazing experience, a unique way to tour a city and an inspiration for future races.

For fans of architecture there’s no better run than along Chicago’s lakefront.

Start at Oak Street beach just off of North Michigan Avenue and work your way south along the lakefront trail for two miles until you reach Grant Park and Buckingham Fountain where you’ll get a good look at the entire skyline. 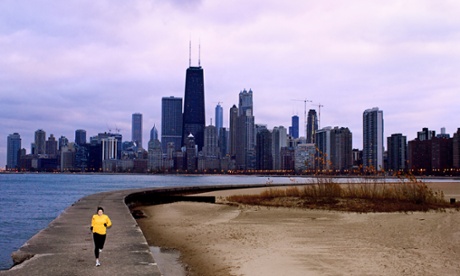 One of the joys of the St Davids and Solva area is the coastal path along which you encounter some wonderful scenery and wildlife, even the odd seal if you’re very lucky.

The terrain is great for running, especially if you like “the soft stuff” rather than the road. 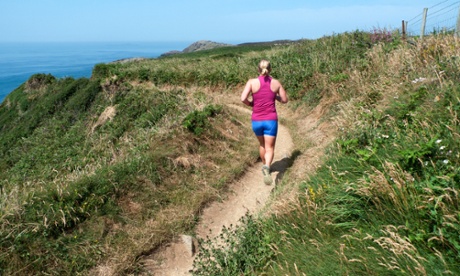 Ski in the morning and run in the evening in the town of Puy St Vincent in the French Alps. There’s not much for the advanced skier but for a runner it has other qualities.

When running on pisted snow you see the mountain in a completely different way. 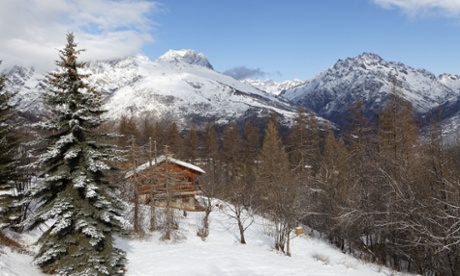 See the mountain in a different view. Photograph: Image Broker/Rex

Maybe there’s a corner on a tricky red that always catches you out? Run up there and take a good look at the best line. Take it slowly, and enjoy the ride.

Get an early ferry from Zadar to Sali and run through Telascica. It is the most beautiful run in and out of pine scented shade.

You might want to take short stops to snatch sweet figs from trees and take dips in the cooling water of bays and inlets that suddenly reveal themselves through gaps in the trees. 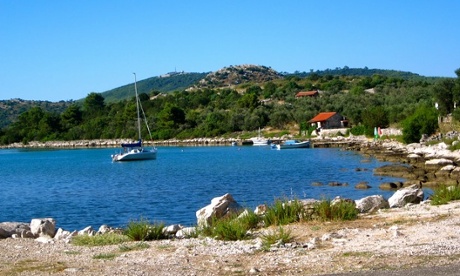 You can reach Mir Salt Lake before the sweltering touristy rush at midday and have it all to yourself, dreamily floating beneath the sun while giving tired limbs a good soak.

Running in San Sebastian is an incredible experience: wedged between two beach coves which are separated by 123-metre “Monte” Urgull; it’s the perfect five- or 10-kilometre run to clear your head. 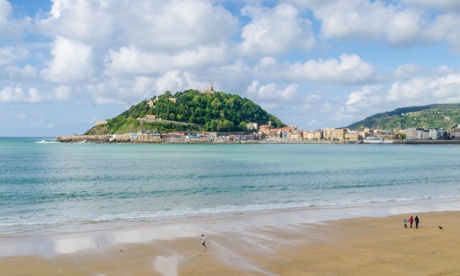 Enjoy panoramic beach views with the Pyrenees in the backdrop. The small but steep hill offers a testing uphill workout but 360-degree views from the top will leave you speechless. Ocean views, fresh air and foot/bike paths along the esplanades means you’ll never get lost.

The run starts with a lung-bursting climb from the beach to the top of the cliffs before the coastal path flattens out. The first few hundred metres are not for the faint-hearted. 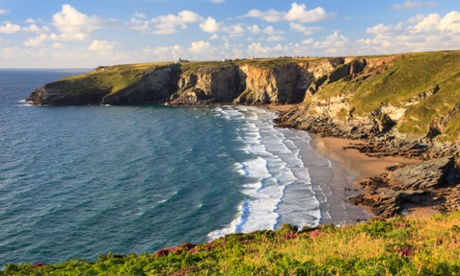 The three-mile trail has sufficient ups and downs to provide a decent workout and the scenery is spectacular, finishing with a grandstand view of Tintagel Castle. Depending on enthusiasm you can run back to Trebarwith through some of the small villages that litter this part of Cornwall, or call it a day and have a cream tea in Tintagel.

For keen tourists who love a long run, doing it through the streets, parks and coastline of San Francisco, traversing the Golden Gate bridge, is pretty hard to beat.

Start with the infamous Nob Hill, pass the Market Street cable cars, snake down Lombard Street, the windiest road in the world, and end at the coast with a view to Alcatraz. 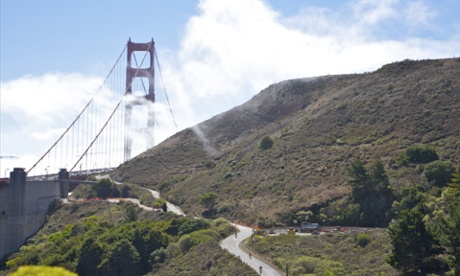 At 19 kilometres in total, only a keen runner will get there and back without their cheeks being redder than the bridge.

An early jog through the slumbering backstreets of Stoupa takes you down an olive tree-lined track on to the coastal path that links the town to the neighbouring fishing town of Agios Nikolaos.

Traffic-free, rugged and richly fragrant, the majestic Taygetos mountains loom on one side, while the Mediterranean shimmers on the other. 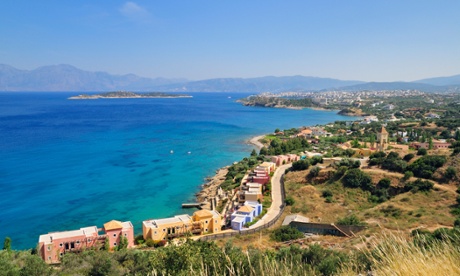 The jog can be extended through other beautiful villages, before the meandering pathway returns to Stoupa. A choice of tavernas serves Greek breakfast among the cicadas and other sensual pleasures of the unspoilt Mani peninsula.

Get ready for New York. Breathe In Deep For New York’s Annual Marathon

Or if triathlon's more your thing. What It’s Like To Prepare For Your First Triathlon

Whenever you run you will not be alone in the city that is home to the world’s greatest marathon.

Along the north side of the river (in Cambridge) you will have the Boston cityscape in view across Back Bay. On the south side you will see MIT and Harvard over the river. 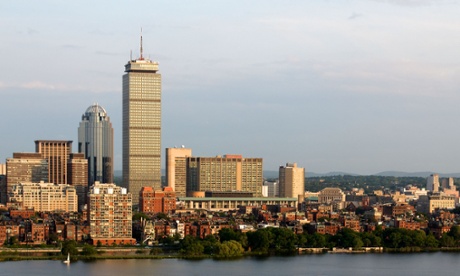 Runners have the Boston cityscape in view. Photograph: Alamy

There are plenty of bridges across the river so you can vary the length of your run.

While in Boston, go to the finish line of the marathon in Copley Square by the iconic Boston Public Library, buy a T-shirt that helps to raise funds for the victims of the bombing, or enter the marathon itself!

In Sydney, a run in the heat of the day should start and end with a dip. Cool off in the Iceberg pool above Bondi beach before donning your trainers and warming up on a run along the coast.

The Bondi to Coogee coastal walk/run is only six kilometres, but takes in stunning beaches along the way, including Tamarama, Bronte, and Clovelly. 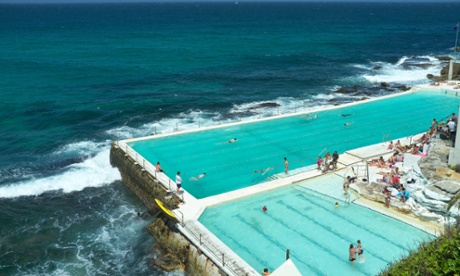 You can stop for a dip, or run the whole thing there and back to earn oysters and champagne afterwards at the Bondi Icebergs Club.

Instead, a dawn run can take you into the near wilderness of ravines, trees and streams of Rock Creek Park. The scenery is good enough, until you run through the open gates into the (free) Washington Zoo. 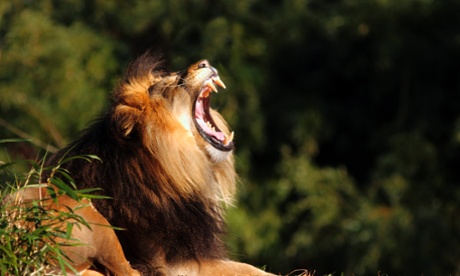 Seconds later you'll be jogging on the spot, enthralled by the sight of a lioness and her frolicking cubs. It gets even better as you run on past a gorilla, elephants, wolves and – pure enchantment – a giant panda munching its breakfast bamboo.

Keep striding out and look up to discover an orangutan 15m above your head, swinging effortlessly along a high-wire walkway.

It’s hard to beat a run along the stunning coast of Northumberland.

Set off north from Craster along bouncy turf with the dramatic ruins of Dunstanburgh Castle ahead, pick up a lovely path snaking through dunes next to a golf course and drop down to the wide sands of Embleton Bay, dodging the wash of the tide. 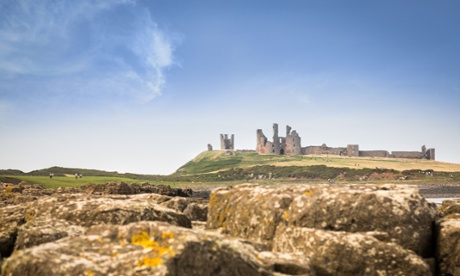 Lovely as an out-and-back; or make it a loop back via Dunstan Steads. Post-run crab sandwich and a beer at the Jolly Fisherman, anyone?

This article was written by Guardian readers from The Guardian and was legally licensed through the NewsCred publisher network.