From ice caves, sea caves and glow worm caves to jellyfish lakes, sacred wells and maelstroms, the world is a wondrous place thanks to Mother Nature. Here are some natural wonders you've probably never heard of, but that is part of their charm. Head into the wilderness to discover such surprises as chocolate hills and liquid rainbows – you won't regret it.

Imagine standing in a natural, glassy dome illuminated by eerie blue light … A visit to Mendenhall ice caves is a rare chance to step into the heart of a glacier.

The 19-kilometre-long stretch of ice (it is getting shorter every day, because of global warming) near Juneau in south-east Alaska in the US, is surrounded by pristine countryside that includes hiking trails through a landscape populated by bears, porcupines and eagles.

Glacier treks (eight-hour trip $A300), explore the caverns and crevasses of the ancient ice feature. 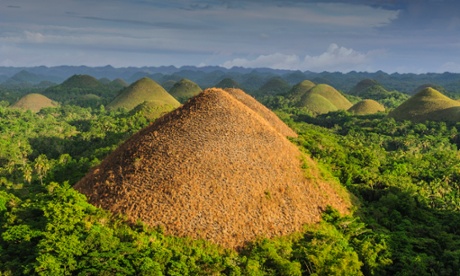 Like something out of Super Mario Land, the Chocolate Hills are a bizarre geological formation. The perfect, grass-covered, mole-hill-like mounds are scattered through a large forest; there are estimated to be up to 1,776 in the 50-square-kilometre area.

The oddity picked up the name because during the dry season the grass turns brown, and some have compared the hills to Hershey Kisses. They are on Bohol Island in The Philippines and visitors can take tour of the hills from the small town of Carmen. 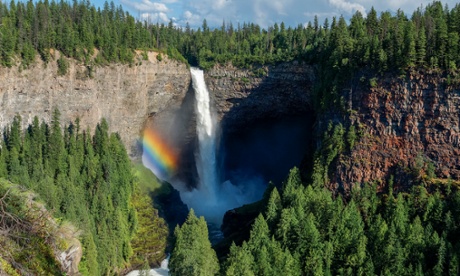 Wells Gray provincial park is a stunning area of natural beauty with several breathtaking waterfalls within its pine forested wilderness. Helmcken Falls is perhaps the most spectacular: one of the reasons the park was created was to protect this natural wonder.

The 141-metre waterfall (the fourth-highest in Canada) tumbles off a cliff edge into a vast stone bowl surrounded by pine trees. An ice-cone that forms at its base in winter can reach up to 50 metres.

There are more than a dozen campsites to pitch up at, as well as cosy B&Bs such as Clearwater Springs Ranch, a good choice for anyone who likes home comforts while exploring the wilds. 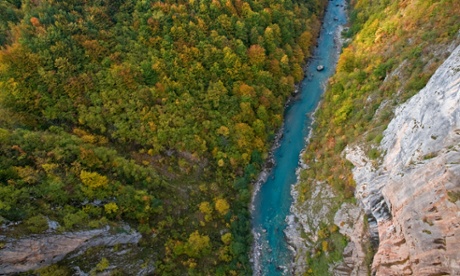 With a maximum depth of 1,300 metres, Europe’s deepest river canyon is a vertigo-inducing sight. To get an idea of how impressive that is, the US’s Grand Canyon has an average depth of 1,600 metres, so it’s really not far off.

The 82-kilometre canyon runs through Durmitor national park, with the Tara river rushing through its bottom. The best way to explore the canyon is by boat; the last stretch of the river has over 20 rapids that can be tackled on a white-water rafting tour. 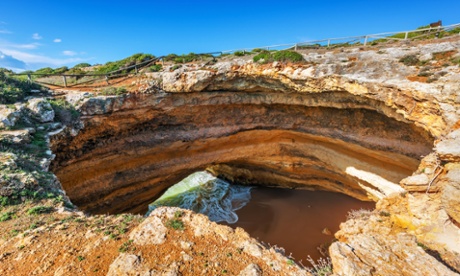 There’s an otherworldly feel to this unusual rock formation in the Algarve region of Portugal, which sweeps overhead to create a series of natural stone arches. The cave is one of several cut into the cliffs near the fishing village of Benagil, and visitors can take boat trips to them and other, isolated beaches along the Lagoa coast.

The Benagil cave is 150 metres from the village’s main beach, but can only be reached by the water. If the sea is calm, it is possible to swim there. Another option is a paddleboard adventure through them, a great way to navigate the tranquil environment at a slower pace. 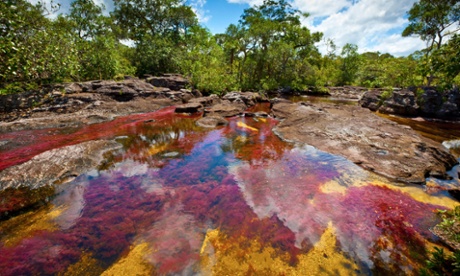 It takes only one look at the Cano Cristales to see how it earned its name – the liquid rainbow. For a few weeks every year, between September and November, the conditions cause the river to explode in colour, when the sunlight triggers a plant that lines the riverbed – the the Macarenia clavigera – to turn bright red.

The streaks of crimson mix with dashes of yellow, brown shades of sand and water that shimmers in blue and green, creating a Technicolor mix unlike any other. The river is near La Macarena in Meta province, deep in the grasslands of Colombia. Once an area associated with cocaine production, it has only recently become a safe tourist destination, and several companies offer tours from Bogota. 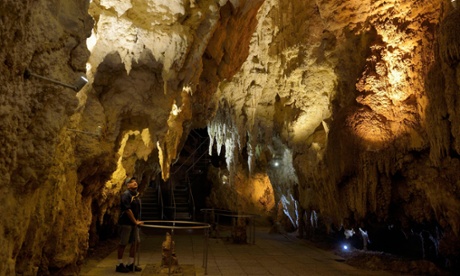 Lining the ceiling like fluorescent space stickers found in a kid’s bedroom, the glowworms of Waitomo’s caves in New Zealand were discovered more than 120 years ago and create a magical spectacle. In 1887, local Maori chief Tane Tinorau and British surveyor Fred Mace floated into the cave on a raft, and eventually found an accessible land entry point, which is still used by visitors today.

The cave has been a tourist attraction since 1889, when Tinorau and his wife would give guided tours for a small fee. Even today their descendants work as staff at the caves. A walk through the limestone caverns concludes with a bug-illuminated boat ride. 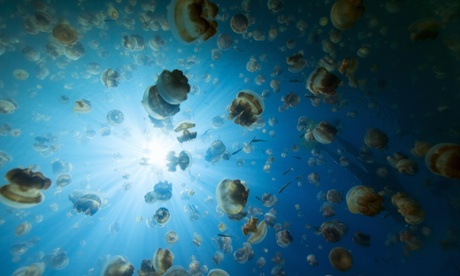 If they were poisonous, this lake would be a lot less fun. Fortunately, the two species of jellyfish in this unusual environment are harmless to humans (technically they do have sting cells, but it’s unlikely you’d notice them).

The marine lake is the only one open to tourists in Palau and is on Eil Malk, part of the wild Rock Islands. Millions of jellyfish drift from one end of the lake to the other each day to feed.

The lake is reached by a 45-minute boat ride from Koror; the creatures float in the water like luminous lanterns and are best viewed by snorkelling among them. 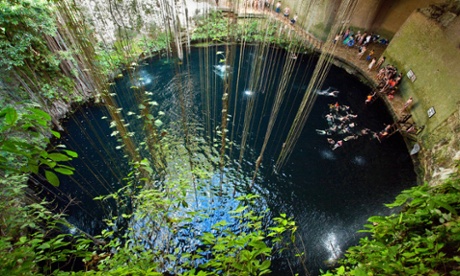 Cenote comes from a Mayan word meaning 'well' and is used to describe naturally formed pits or sinkholes, usually caused after the collapse of a cave. The Ik Kil cenote is a magnificent one – considered to be sacred and found en route to the ancient city of Chichen Itza in Mexico.

A 26-metre-high circular rock shaft surrounds a turquoise pool of water, with jungle vines draped over the edge. About 40 metres deep, the pool is perfect for diving, and ledges have been carved into the limestone rock for this purpose.

Ik Kil has been a venue for the Red Bull cliff diving world series – with some of the world’s best divers hurling themselves into its depths. 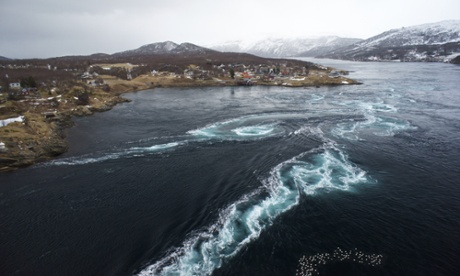 Saltstraumen is not a good place to visit if you’re prone to seasickness – this we know from personal experience. Every day, at a narrow strait near the town of Bodo in Norway, the strongest tidal current in the world gathers its strength, creating a frothing mess of choppy white water full of whirlpools up to 10 metres in diameter.

Caused by 400 million cubic metres of water rushing through the 150 metre-wide sound when the tide changes, the Saltstraumen is a pretty dangerous water feature. Powerful RIB boats take visitors through the sound, and when they cut the engine it feels as if the boat is being pulled down by the whirlpools.