Mention Barcelona and one name comes up time and again: Gaudi. That's Antoni Gaudi, the master Modernista architect who, in the late 19th and early 20th centuries, adorned the Catalan capital with a bewildering array of jaw-dropping buildings, including La Sagrada Familia (a surreal spired cathedral that won't be completed until at least 2026). Beyond Gaudi's gems, and all the tourist queues they attract, there's a whole city to explore, and as you soak up Barcelona's diverse attractions, other breath-taking pieces of architecture (that Gaudi didn't design) are sure to grab your attention. 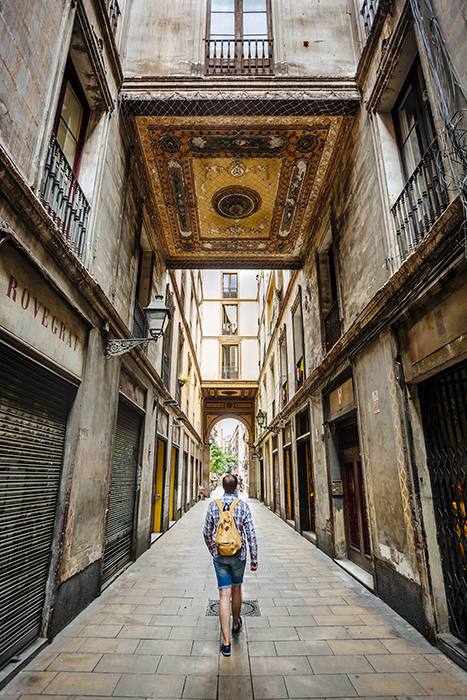 The roots of Barcelona's modern metropolis were planted in this atmospheric district - Barri Gotic in Catalan - in Roman times. It expanded during the Middle Ages and its labyrinth of narrow winding streets and squares, fringed by churches, palaces, tapas bars and boutiques, are a treat to amble around. As well as the relics of Roman walls and temples, you should admire the soaring cloisters of the city's Gothic cathedral, which was built over the remains of a Roman-era basilica. When you fancy a break from the sightseeing, pop to Satan's Coffee Corner, a funky new joint that claims to serve hellishly good coffee. 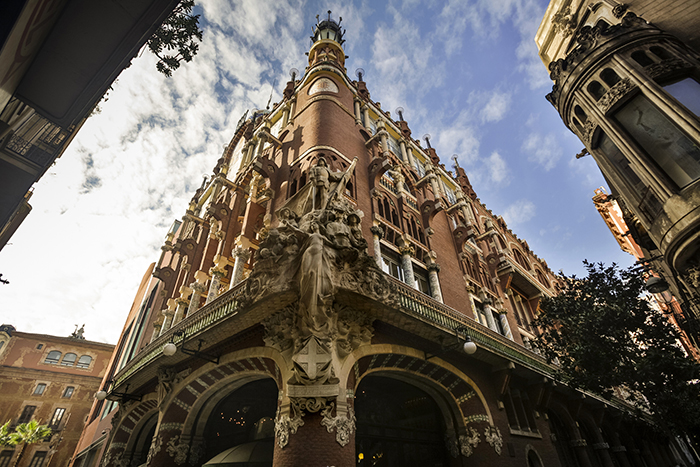 Just to the east of Barri Gotic is this picturesque enclave, another walkable maze of streets, punctuated with cafe-edged squares and dazzling landmarks like the Palau de la Musica Catalana. This UNESCO World Heritage-listed concert hall was designed by Lluis Domenech i Montaner, who was both a contemporary and teacher of Gaudi. Take a seat beneath its glorious stained-glass skylight and enjoy a range of musical performances, from jazz to Catalan folk. Also in La Ribera, you'll be wowed by Santa Caterina Market. Teeming with fresh produce, the market dates back to 1845, but its extraordinary, curving brightly-tiled roof is a 21st century creation by Enric Miralles and Benedetta Tagliabue.

Another Barcelona institution sporting a striking facelift is Encants Vells. First established in the 14th century, the location of this flea market has changed numerous times, but it's now set up shop in Poblenou - a rapidly-changing district north-east of La Ribera. On Mondays, Wednesdays, Fridays and Saturdays, from 9am-8pm, around 500 vendors sell second-hand and vintage goods and new arts and crafts beneath the market's glossy mirrored canopy. Also sure to catch your eye in Poblenou is Torre Glories, which is dubbed the "Cucumber" and looks a bit like London's Gherkin. Brightly lit up after dark, it's the brainchild of ace French architect Jean Nouvel. Next door is the Museu del Disseny, a building that resembles a Transformer and showcases design exhibitions. 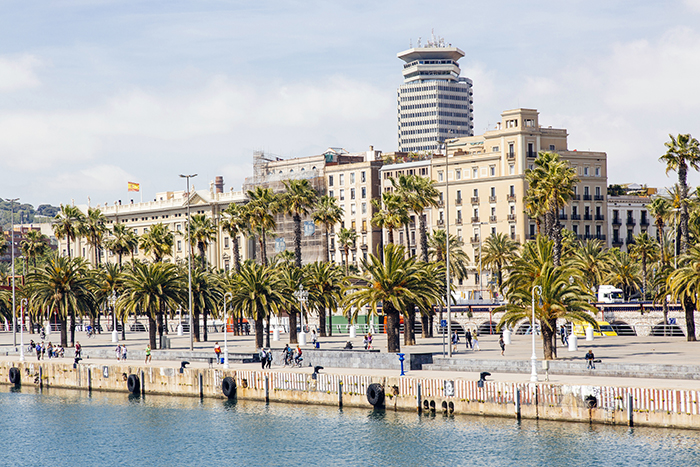 One of the most alluring aspects of Barcelona is its Mediterranean setting. While container ships and cruise liners hog swathes of the shoreline, there are still five kilometres of beaches and some wonderful promenades on which you can stroll, run, cycle and rollerblade (and pull over for ice-cool beers, glasses of cava and plates of paella and fresh seafood at beach-side bars and restaurants). In the Port Olimpic district, you'll find an attractive yacht-peppered marina and, usually glimmering in the sun, El Peix, a huge fish sculpture by Frank Gehry. It was unveiled for the 1992 Barcelona Olympics - an event that helped spark the city's reinvention as a tourist destination. 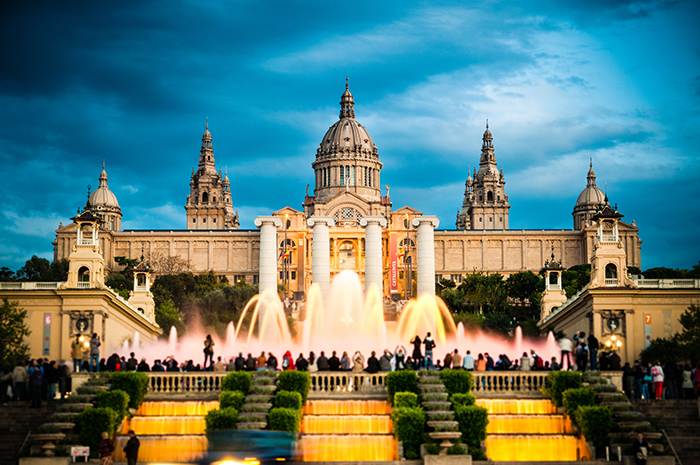 The Olympic stadium is one of the draws of Montjuic, a prominent hill overlooking the city and sea. It's now mainly used as a concert venue, with Beyonce and U2 having appeared here in recent years. Blessed with a network of parks and green spaces, and connected to the city's seafront via a gondola lift and an aerial tramway, Montjuic is also home to a medieval castle, which was a military prison during General Franco's reign. Also in the district is Fundacio Joan Miro, which displays the Surrealist works of this revered artist, who was born in Barcelona in 1893. 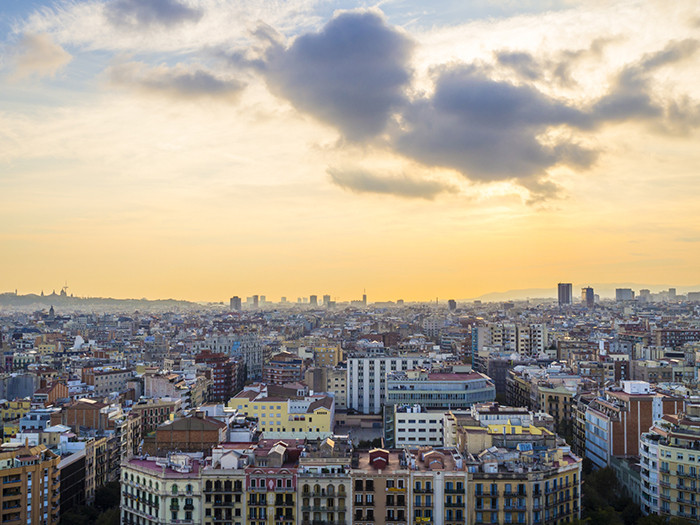 From Montjuic's palatial Museu Nacional d'Art de Catalunya, you can take the steps down into Eixample - a sprawling region of central Barcelona. One of the first buildings to catch your eye will be Arenas de Barcelona, a modern mall set in a former bullring converted by iconic British architect Sir Richard Rogers. Behind it is Joan Miro Park, which was built over an old slaughterhouse and sports one of Miro's colourful sculptures. About 1.5km north-east of here, you'll arrive at Camp Nou, home of Barcelona Football Club. When Lionel Messi and co aren't working their magic here on the pitch, you can do behind-the-scenes stadium tours.