Where In Europe Should You Head According To The Time Of Year?

Where In Europe Should You Head According To The Time Of Year?

Let's be honest though, some cities do tend to shine a little brighter and offer up some unique activities during certain seasons, playing to their cultural and culinary strengths. We’ve rounded up our favourite European cities according to season:

From the crystal clear waters of the Mediterannean Sea to the endless stream of Aperol Spritz and tapas, Italy, Greece and Spain are top picks for the summer months.

Conquer all the most delicious pizza dishes and world heritage sites with the sun shining at your back.

Wander the ruins of this ancient city before taking advantage of the Greek Islands gateway port.

All it takes is one glass of sangria in a sun dappled square overlooking a colossal Gothic church to make sure you’re never coming home.

Anytime of the year

As we said before, Europe is a good idea just about anytime and the following cities are a testament to that because after all, it doesn’t matter what the weather when having a pint in a pub in Dublin or soaking up the glory of standing beneath the behemoth that is the Eiffel Tower.

Taking a ride on a gondola is romantic both under a cozy blanket or basking in the sunshine.

As mentioned, it’s always a good time to head to the pub in Dublin.

Is always a good idea.

Nothing beats the magical quality of Scandinavia in the blissful winter wonderland that is Scandinavia. See the Northern Lights from Denmark’s Faroe Islands, Norway’s Loften Islands or Sweden’s Abisko after stopping in each country’s better known cities of Copenhagen, Oslo and Stockholm. Then there’s the famous Christmas markets of Munich that is an absolute must not miss experience.

There’s nothing quite like tucking into a warm...well they’re not called ‘danishes’ in Denmark but rather Viennese or ‘wienerbrød’...on a Danish winter’s day.

Stockholm is like something from a fairytale during winter, from the indoor and outdoor Christmas markets to the nearby top notch skiing, the food halls and numerous museums.

Think crackling fires, ice skating rinks and toboggan runs in the heart of the city. Then of course there’s the massive Oslo Winter Park with 18 slopes, 11 lifts and it’s just 30mins from the city centre.

Try your hand at curling on the Nymphenburg Palace canal, stroll the world famous Christmas markets with a mulled wine in hand or hop aboard the inner city Christmas tram.

A post shared by Brett James Photography (@b_travels_the_world) on

Get yourself to Europe today with these flight deals! 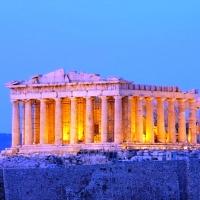 Athens is the pre-eminent city of Greece and the main arrival destination. No city mixes history and a chaotic energy better than Athens. Walking through Athens is like walking through history. They say time travel is impossible, but Athens seems to suggest otherwise. 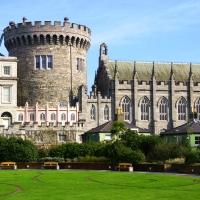 Dublin is home to some of the most lively and popular pubs in the world, where Guinness beer is always flowing. In Dublin why not visit one of the many castles, museums, take a river cruise, or see some spectacular Irish dancers

Athens is the pre-eminent city of Greece and the main arrival destination. No city mixes history and a chaotic energy better than Athens. Walking through Athens is like walking through history. They say time travel is impossible, but Athens seems to suggest otherwise.

Sam Aldenton is a Flight Centre travel writer/video producer and former retail and youth trend forecaster. When she's not off discovering the world’s best pizza (an obsession picked up from her 4-years in New York), she makes her home in Brisbane, Australia. Follow her on Twitter or Instagram at @samaaldenton.