A Luxury Guide To New York

A Luxury Guide To New York

There are few cities in the world that can rival the reputation of The Big Apple. New York is known as many things, all of which call to travellers looking to explore the reaches of its five famous boroughs. It doesn't matter if you're looking for food or fashion, culture or architecture, history or adventure, this city flaunts it with unforgettable style. 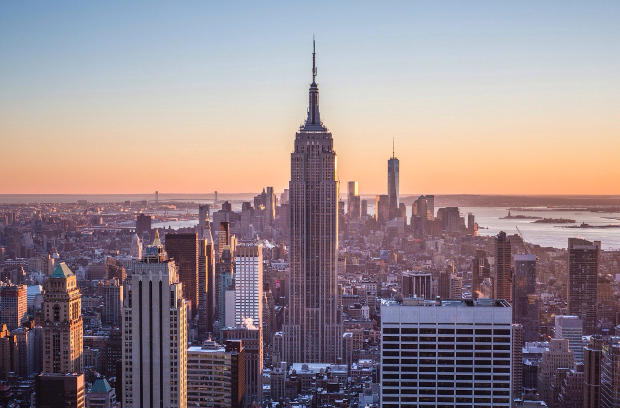 When it comes to visiting the City that Never Sleeps, Manhattan is most likely what many travellers picture. Occupying a finger of land across the Hudson River from New Jersey, Manhattan is jam packed with the city's most iconic sights. From the Empire State Building to Central Park, this thriving epicentre is where all the action is at.

You'll definitely want to hit all of the big landmarks while staying in the city, but make sure you take some time to delve a little deeper. The Lower East Side is all about the arts with the Met, MoMA and the Guggenheim offering some of the world's most famous collections. Walk the High Line for incredible views over the city and head below ground to the Whispering Gallery in Grand Central Terminal. There are surprises around every corner. You just have to take the time to look.

For a 5-star stay in the city, the likes of the Ritz-Carlton and The Plaza can't be beat. Known the world over for their extravagant style, these hotels have perfected the art of pampering guests and come complete with beautiful views over Central Park. If you're a little more conscious of your travel budget, 4-star stays such as the Carlton Hotel and Hilton Times Square are also exceptional choices. 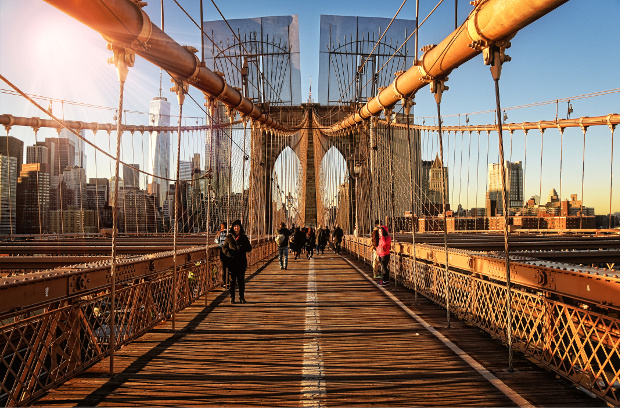 While the majority of travellers focus their attentions on New York City (see above), Brooklyn calls to those that want to venture a little further off the beaten path. It's known as New York's second borough and happens to be the second largest city in the US.

Brooklyn's offerings are diverse to say the least, playing home to a thriving music scene, historic brownstones along Windsor Terrace, punk style in Bushwick and, of course, that famous Brooklyn Bridge. Plan your time wisely to get a taste of everything this city has to offer lest you miss such highlights as Coney Island and Luna Park, Williamsburg or a Brooklyn Nets or New York Islanders game.

It's entirely possible to stay within the city and travel to Brooklyn thanks to the comprehensive transportation system in New York. But, you definitely won't regret trying out some of the boutique hotels in Brooklyn. The Wythe Hotel charms with its historic facade, or take a dip in the famous rooftop pool of the McCarren Hotel.

Looking for a place to stay in New York? Top 10: The Best Hotels Near Central Park, New York

How about a hotel with a conscience? Luxury New York Hotels To Go Green In 2016 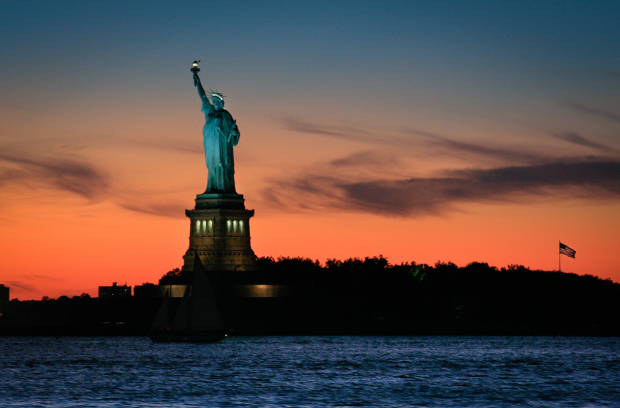 The Statue of Liberty and Ellis Island

Any trip to the big smoke wouldn't be complete without a view of Lady Liberty. Standing tall on Liberty Island, holding her torch high to guide the tired masses to the shores of New York, she's not just a staple of New York but an American icon.

There are several ways to view the Statue of Liberty, each offering a unique experience. Board the Staten Island Ferry for incredible panoramas of the statue from afar with Manhattan standing tall behind her. Board a helicopter for a bird's eye view of her and the incredible city skyline, or board a Statue Cruises boat for the trip across New York Harbour to Liberty Island. This way you'll get to stand at her feet, visit the pedestal designed by Richard Morris Hunt or make the climb to the crown. Just remember that reservations are required, so plan accordingly.

Don't forget to hit Ellis Island while you're marvelling at the statue. Once the entry point to the US for immigrants around the world, this little island is home to the National Museum of Immigration.