February 14 is the day of love. The day we all come together on a global scale to celebrate our devotion to ... books?

Yep, this year, the 14th marks Library Lover's Day and we're celebrating by counting down some of the world's most beautiful libraries. Ultra modern or steeped in tradition, each one is a celebration of art, architecture and the written word, proving that the library isn't just for  bookworms. 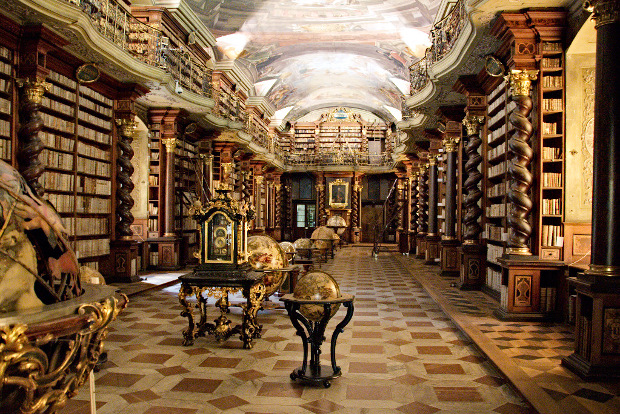 Built in the 11th century in honour of Saint Clement, this Baroque beauty has served as a copyright library since 1782. Aside from a diverse collection of Czech literature, other notable materials include a collection of Mozart's personal effects. 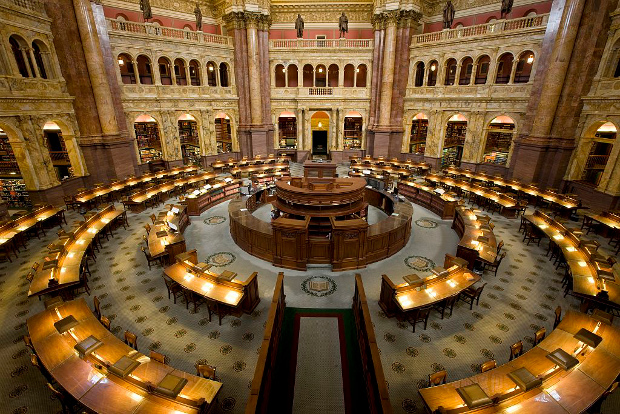 The largest library in the world, The Library of Congress is home to 37 million books and other print materials in 470 different languages. It also happens to be a stunning representation of architecture with sculptures and paintings from the American Renaissance period. 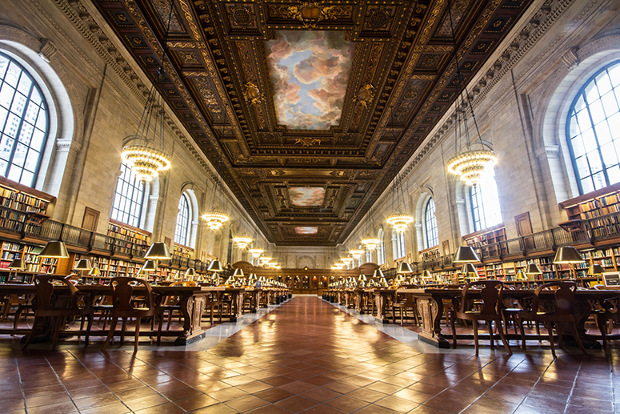 You may know its two marble lions (Patience and Fortitude) guarding the entrance, but inside, this library stuns with frescoed ceilings and beautiful arched windows. It opened in 1911 and is recognised as a National Historical Landmark. It has also appeared on the silver screen, with scenes from Ghostbusters, Breakfast At Tiffany's and Quiz Show just some of the films featuring its interiors and exteriors. 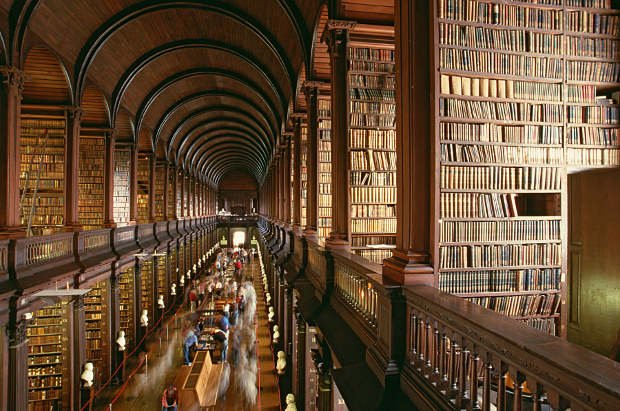 Completed in 1733 by Irish architect and engineer Thomas Burgh, this 213-foot chamber is home to 200,000 of the library's oldest books. This includes the Book of Kells, a beautifully embellished Gospel volume dating back to the 9th century. Among the dark wooden shelves, you'll also find marble busts of notable writers and philosophers. 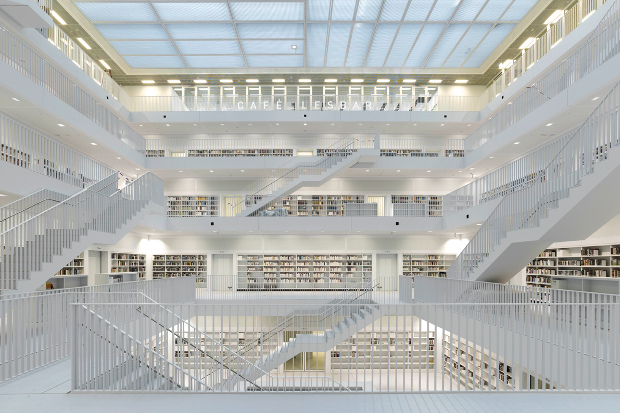 Different from other libraries on this list, this German rendition is an exercise in modern minimalism. It was created by Yi Architects and opened in 2011, showcasing pristine white surfaces offset by rows and rows of books. It's multi-level cubic design is connected by a series of staircases, while frosted glass ceilings offer soft natural light throughout. 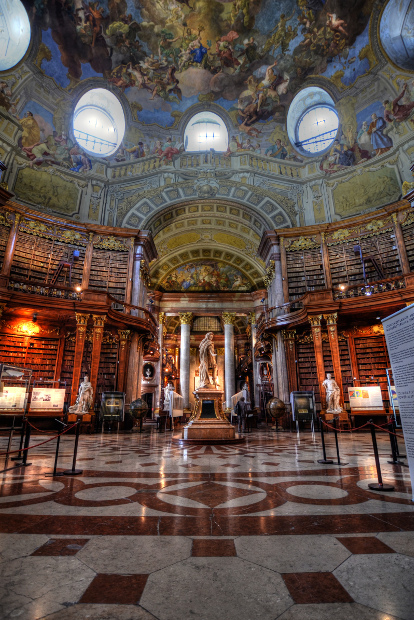 Once the residence of kings and emperors, Austria's largest library is as much a home of artwork as it is a home of books. It was completed in 1723 and houses sculptures and frescos by Lorenzo Mattielli, Peter Strudel and Daniel Gran. It also holds more than 7.4 million items in its extensive collection. 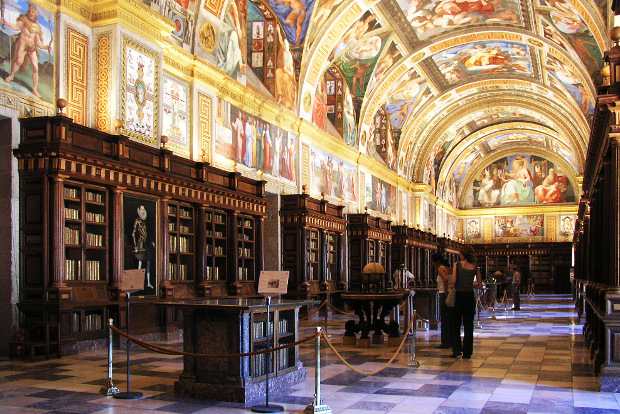 The Library of El Escorial, Spain

Another former residence of royalty, this library was once home to the king of Spain who was responsible for adding the library and most of the books in the original collection. It is now a World Heritage site with more than 40,000 books. One of the most notable features is the vaulted ceiling with frescos that represent the seven liberal arts. 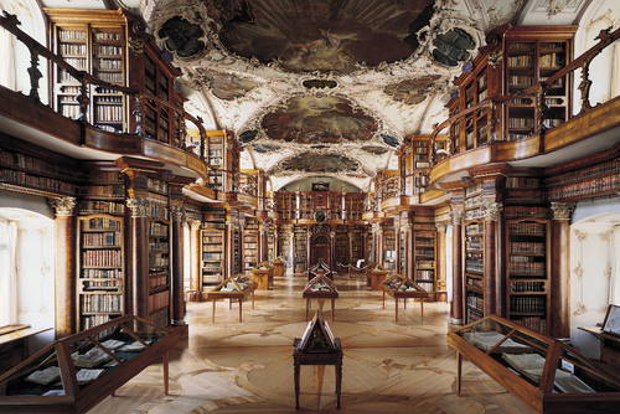 There is no doubt this historic library is beautiful with its Rococo-style interiors, but it also happens to be one of the world's oldest. Select works within its 160,000+ collection date all the way back to the 8th century. It is now recognised as a World Heritage Site and is considered to be 'a perfect example of a great Carolingian monastery'.

Created by Priceline.com founder Jay Walker, many count this unique library among the best in the world. The multi-level maze-like design captures the imagination with illuminated panels of etched glass and shelf after shelf of rare books and manuscripts. It's also home to an original Russian Sputnik, chandelier from Die Another Day and one of only two known Anastatic facsimiles of the original Declaration of Independence. 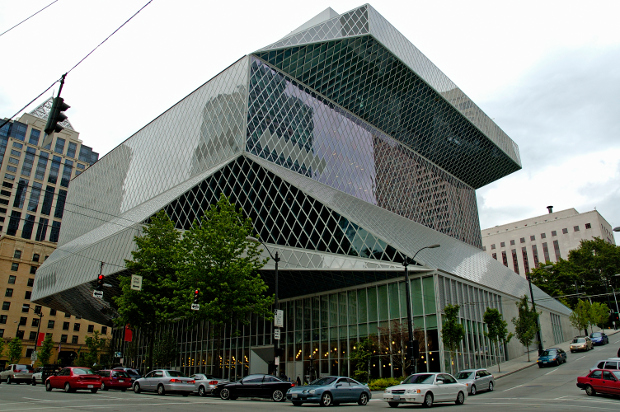 Architects Rem Koolhaas and Joshua Prince-Ramus took a different approach when conceiving this library, letting the interior dictate the exterior's design. The result is an unique and modern public space that dazzles visitors with light-filled rooms featuring soaring voids, a gently inclined spiral floor that goes up four storeys and more than 1.45 million books and other items. 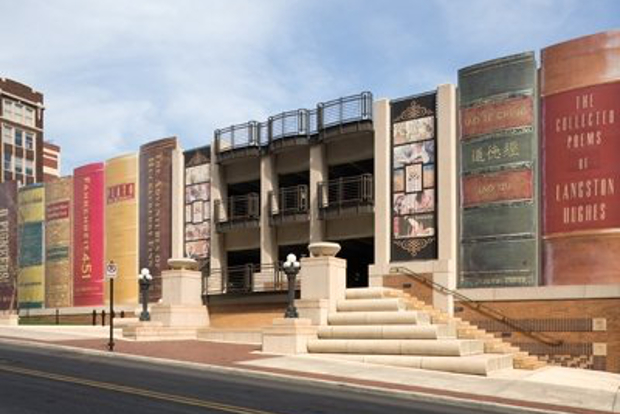 Named the Community Bookshelf, this branch of the Kansas City Library is exactly that. A bookshelf.  National design firm 360 Architecture created this unique library, designing it to look like an oversized line of books. It stands 25 feet tall and was completed in 2004. Further bringing the community together, the 22 titles that make up its facade were nominated by the local population.