Cruising Venice in Style with Uniworld

Cruising Venice in Style with Uniworld

Some cities demand to be admired from the water, and none more so than Venice. Famously—and fabulously—built over the islands of the Venetian Lagoon, Venice grew opulent on sea trade and has become one of the world’s favourite cities. Its palaces are lapped by tides, its piazzas knitted together by bridges, and church domes are afloat on canals.

We’re just settling down to dinner on Uniworld’s River Countess when the engines rumble to life and we glide off along Giudecca Canal. I’ve been to Venice before and remember tourist crowds and narrow alleyways. This is different. The sun is setting beyond spires and rooftops, and the marble of the Doge’s Palace is reflected in pink water. On the other side of the ship, the Church of San Giorgio Maggiore is a golden backdrop to my meal of spaghetti alla vongole, studded with clams hauled from the lagoon. 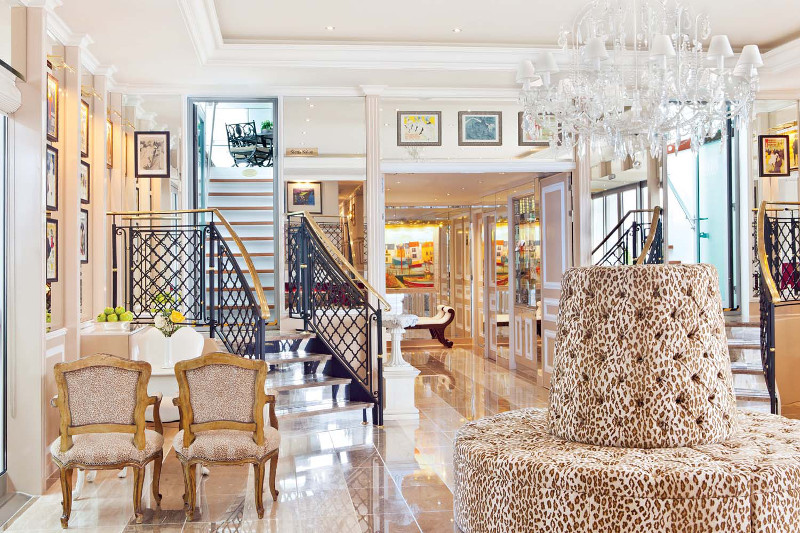 This is the great advantage of a river cruise from Venice. It doesn’t just offer all the convenience of cruising, but provides the best angles on the city, not to mention a cabin with a view you’d never get from a hotel. We moor at Riva Sette Martiri, and the next day it’s a 10-minute stroll along one of the world’s most spectacular promenades to St Mark’s Square.

On the following morning, River Countess sails out of a misty Venice, past baroque buildings and navigation poles on which herons preen. The island of Pallestrina is pretty with orange and red houses and, by lunchtime, we’re docked at Chiogga for an excursion to nearby Padua on a coach that winds across marshes and past cornfields. The ancient university town is lively with cycling students and market shoppers, while pilgrim visitors head to the art-abundant basilica and its tomb of St Anthony. 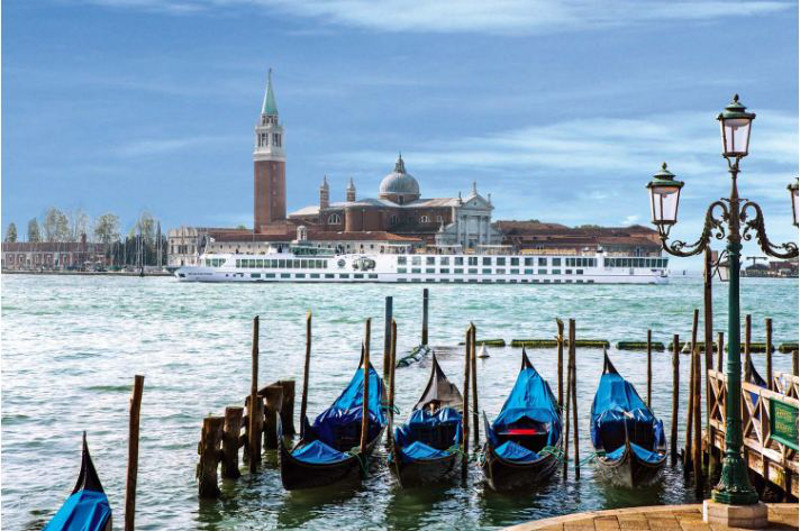 A stunning glimpse of Venice.

This river cruise doesn’t travel any great distance, crossing the Venetian Lagoon and sailing roughly 60 kilometres inland up the shallow, unpredictable Po River as far as Polesella. However, distance isn’t everything, as shore excursions offer memorable experiences in beautiful and cultured cities. Next day we’re heading for Bologna, a city of grand red-tinted Gothic buildings and terrific market streets crammed with the cold meats, cheese and deli nibbles for which the city is renowned. The old town is a tangle of medieval streets and Renaissance piazzas lively with cafés. In a local cantina we’re given a demonstration of authentic pasta making, the chef pulling ribbons of angel-hair and fettucine from dough like a magician.

Most of all, the cruise is a wonderful chance to admire the seascapes of the Venetian Lagoon from the open decks of our elegant Uniworld ship. We sail back past colourful Pallestrina to Burano, equally flamboyant with gaudy houses in clashing hues that line its canals. The island is known for lacemaking, while a visit to neighbouring Mazzorbo offers the chance to taste wine made from golden-skinned Dorona grapes that have been grown here for centuries. 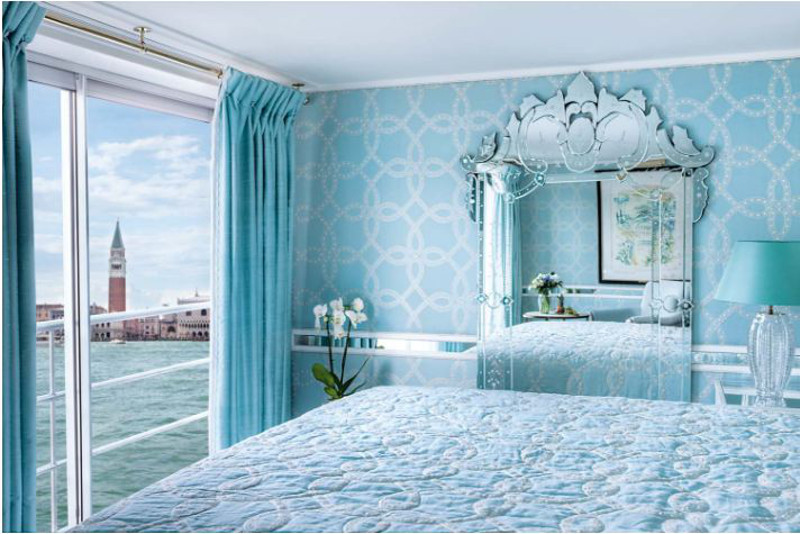 A suite inside the River Countess.

Though the river ship only ever makes short runs compared to cruises on the Rhine or Danube, every journey is spectacular. As we sail back towards Venice, we see it the way sailors must have seen it over the centuries, slowly emerging from the lagoon in a fantasy of turrets and spires. Soon we’ve disembarked, and are heading into the heart of the city on a guided shore excursion that takes in Rialto Market by the Grand Canal. Back on board, later that evening, we’re dining on fresh squid and octopus as we gaze at the lights twinkling on the canal. We finish with an Italian cheese plate of taleggio and gorgonzola—the perfect end to a thoroughly enjoyable river cruise.