Luxury can be found in many different guises. From creamy hotel linen to the indulgence of a crème brulee, the feeling of being pampered can stem from a multitude of experiences. Whistler is famous for treating its guests to magnificent terrain and reliable powder snow, but luxurious moments are also easy to find in locales other than her celebrated slopes. 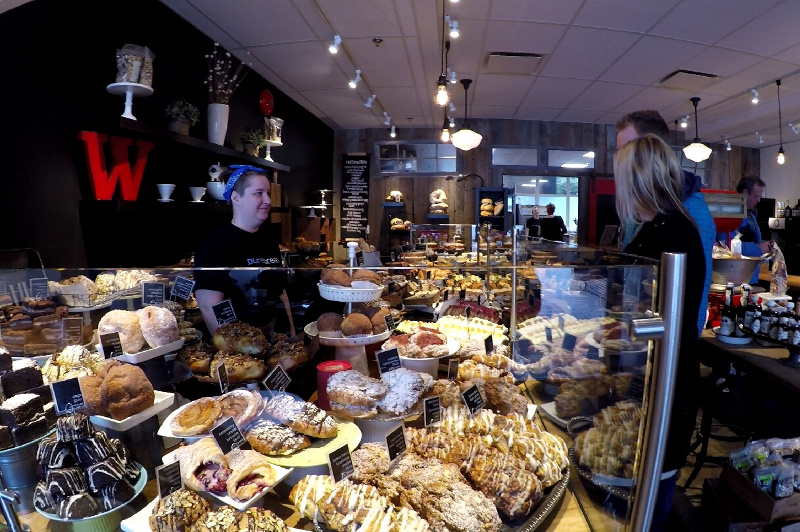 Ask a Whistler local for a top tip and chances are high that they’ll send you to Purebread, a bakery located in Olympic Plaza. When you walk in the door and are met by an ocean of baked goods and aromas that wouldn’t be out of place in heaven, you’ll understand the hype. A variety of gluten free and savoury options means that there’s treat to suit all tastes - think cheddar and jalapeño scones, salted caramel fudge brownies, buttermilk coconut loaf and giant, cream-filled cinnamon doughnut balls. 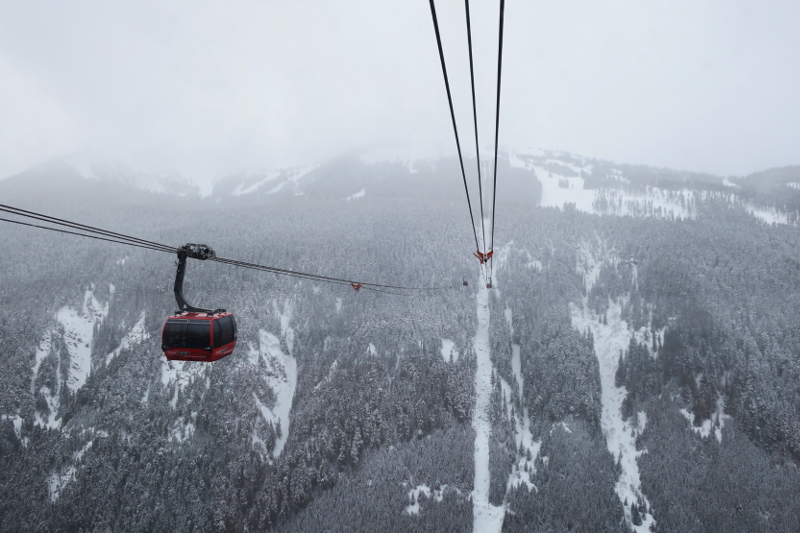 The PEAK 2 PEAK broke three world records, including 'the longest continuous lift system in the world'

It’s a fairly simple concept; a gondola that travels between the peaks of Whistler and Blackcomb mountains. Step into these large, slowly moving cabins and you’ll soon realise that the PEAK 2 PEAK is about much more than just transportation. You’ll be craning your neck to take in as much of the magical 360 degree view as possible, and although the journey lasts for almost 20 minutes, it doesn’t feel like enough time to drink in views of the sheer mountain valley, majestic trees and lofty horizon that surrounds you. 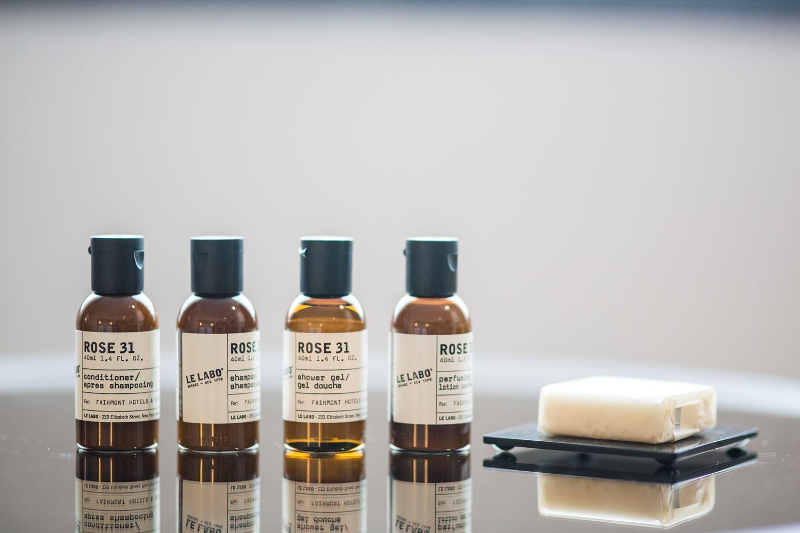 The 31 refers to the number of olfactory notes used to compose the scent. Photo courtesy of Fairmont Resorts

If you aren’t one of those people who like to keep hotel amenities, then the offerings at Fairmont Chateau Whistler may well convert you. Forget your run-of-the-mill soaps and shampoos; this stunning hotel boasts a signature scent from iconic New York perfumery Le Labo. The subtle rose and wood scents of Rose 31 will have you smelling divine from breakfast at the exceptional Wildflower Buffet right through to night caps at The Mallard Lounge, Whistler’s most exclusive cocktail venue. 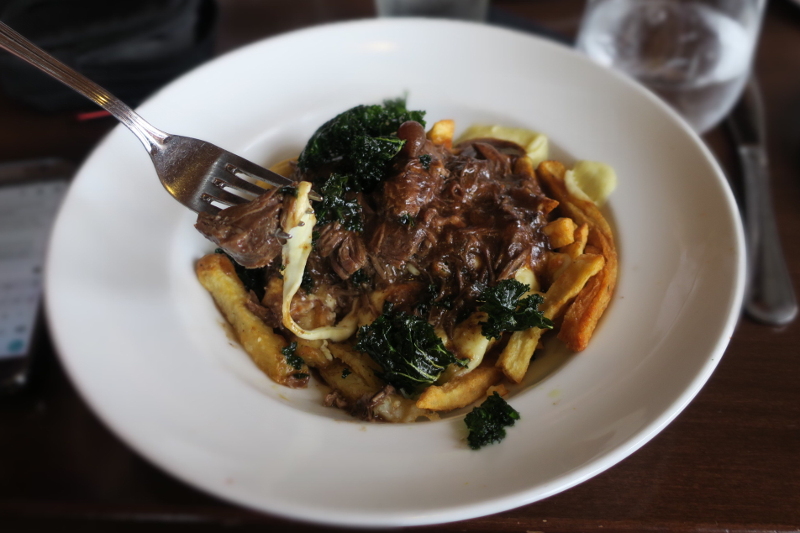 Take advantage of on-mountain waiter service at The Steeps.

It’s so easy to find good poutine in Canada that it can be hard to pick one that stands out, but Steeps Grill & Wine Bar on Whistler Mountain takes it to a whole new level. Their Prime Rib Poutine is layered with slow-cooked beef, squeaky cheese curds and crispy kale; a steaming dish of delight that is the ultimate ski-hill lunch. 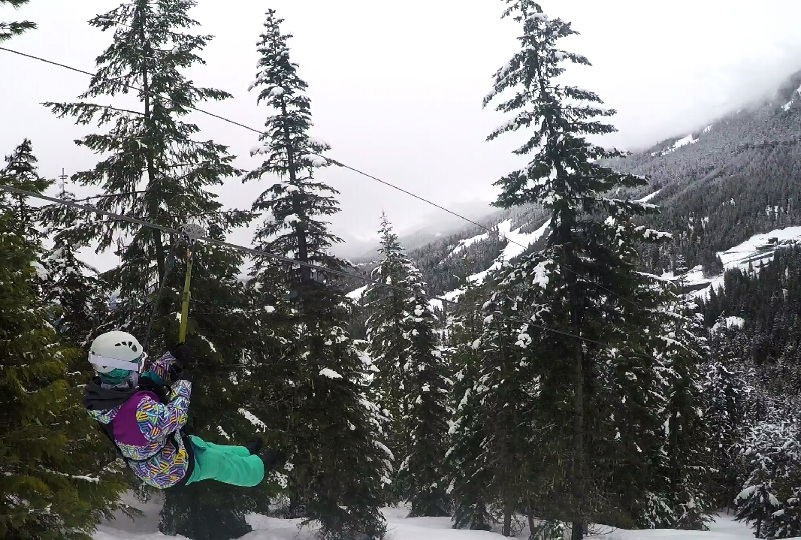 Ziptrek's Eagle Tour launches from Whistler Mountain at a height of 1,000 meters

Zipping through the snowy tree tops of Whistler Blackcomb is bound to be exhilarating, but add a 30-story drop into the equation and a feeling of elation is almost guaranteed. This is a thrill that may not be considered a luxury by everyone, but the stunning views of the Fitzsimmons Valley and the wild freedom of being suspended only by a harness bring out the ‘whoop’ in almost everyone.

Après at Cinnamon Bear, The Hilton Whistler Resort and Spa

Après at the Cinnamon Bear Bar started when three seasonal Swedes missed the rowdier post ski parties of their homeland, and sought to replicate the atmosphere through music. A few wacky tunes, some rousing Swedish songs, and a hoard of fans dedicated to partying ensured that a local tradition was born. Every winter Wednesday between 2pm - 7pm you can enjoy Swedish glögg, meatballs and a Swedish DJ spinning beats in honour of the original trio; Swedish Afterski Mafia.

Counting on your rental gear being top-of-the-line is a luxury that is becoming increasingly common, and it’s a guaranteed experience at the Burton Test Ride Centre in Whistler’s Showcase store. The latest Burton snowboard models are yours to ride, and if you’re interested to know more, local snowboard guru Jay is more than up to the challenge. Tell Jay your wish list and strap in for a ride on some of the most advanced snowboard technology on the planet. 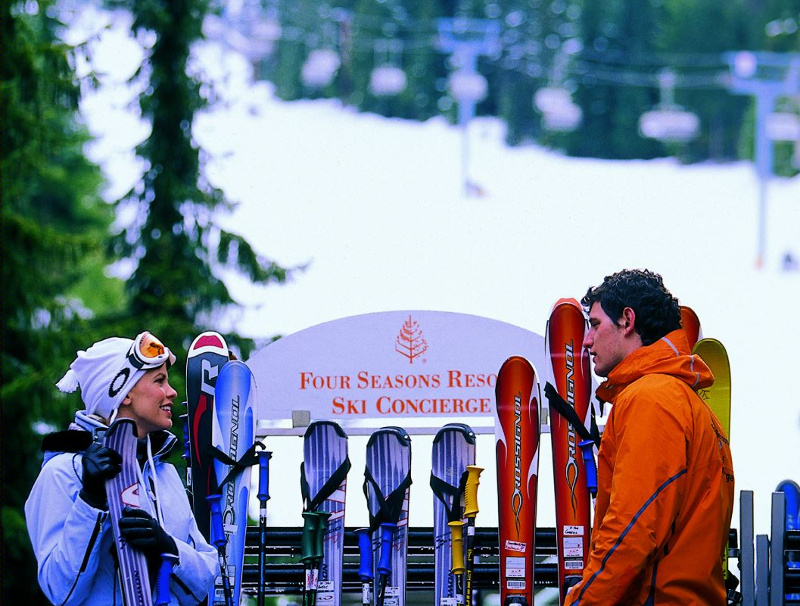 Ski Concierge at The Four Seasons Resort and Residences

The Four Seasons is the only five-diamond, five-star resort in Whistler, and the service is everything you would expect from such a decorated hotel. Anyone who has carried skis and poles for more than five minutes will appreciate the convenience of ski concierge service - a simple request, and your equipment is carried to the base of the mountain. At the end of the day, just drop off your skis with the Four Seasons’ valet at the base of the mountain before heading to après. This service is offered by many high-end suppliers, but The Four Seasons really pushes the boat out; you’ll be greeted by name thanks to a nifty photo system, and your skis can be taken and returned from your choice of Whistler or Blackcomb.

Breakfast at Grill & Vine, The Westin Resort and Spa, Whistler

Eggs Benedict is one of those dishes that is best prepared by a pro, and the pros at Grill & Vine cook it before your eyes, to your specifications. Choose from an array of toppings and a variety of hollandaise sauce, and don’t worry if you’re stumped for choice - it’s all part of the gourmet breakfast buffet and you can return for seconds, thirds or fourths.