Loosen Your Belts for a Slow Food Tour in Italy

Loosen Your Belts for a Slow Food Tour in Italy

Culinary tourism is on the rise and everyone wants in. Typically a delightful fusion of sightseeing, eating and drinking, food tours offer an insight into a country like no other. After all, you can learn a lot about people by studying their culinary practises.

Although food is the focus, gastronomic experiences are not the only activity; important sights, historical highlights and natural marvels can all be part of the mix.

Enter Back-Roads Touring Slow Food Tour of Puglia, one of the best epicurean journeys in the market, with six days of good food, quality accommodation and memorable stops. 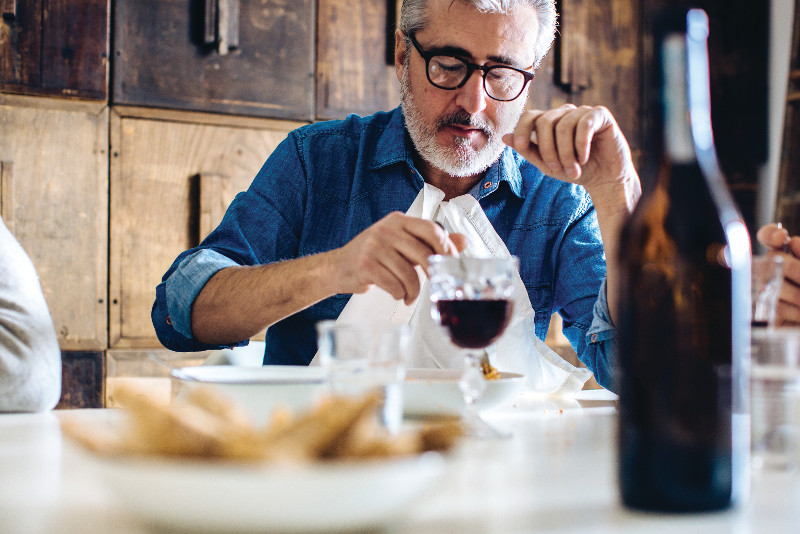 In Italy, eating is a social event.

The notion of slow food was born in Italy in the 1980s, and in 1986 it gained quite a bit of attention, thanks in part to Italian journalist Carlo Petrini. When it was publicised that Italy’s first McDonald’s would be built adjacent to the Spanish Steps, Carlo, along with a group of like-minded protesters, gathered at the steps. Together the group shared a meal of penne together while chanting: “We don’t want fast food. We want slow food!”

In 1989 the movement was officially established and the slow-food manifesto was sanctioned.

Fast-forward to today and it’s a mass ideology representing a global movement uniting millions of people across more than 160 countries.

So what is slow food? It’s a simple concept that came naturally to our ancestors: food should be grown, produced and prepared ethically; food should be seasonal, organic and free of pesticides, and, of course, food should be enjoyed.

Although the movement officially began in the region of Piedmont, there are Slow Food Presidia-labelled products (identifying premium artisan foods made using slow-food preparation methods) all over Italy – and in other parts of the world, too.

A large portion of these sustainably created slow foods are found in Puglia, a region flanked by two azure seas and often referred to as the heel of Italy’s boot.

In Puglia, the days are sundrenched, the climate is temperate, the soil is fertile and the vistas are spectacular. To top it off, Puglia is home to plenty of fascinating historic marvels – and it’s not overcrowded with tourists… yet.

Here, three Puglia foodie highlights you should sink your teeth into.

Essentially burrata is made of velvety curds enclosed in a stretchy mozzarella ball that’s shaped like a moneybag. The creamy curds spill out of the firm mozzarella casing when popped. 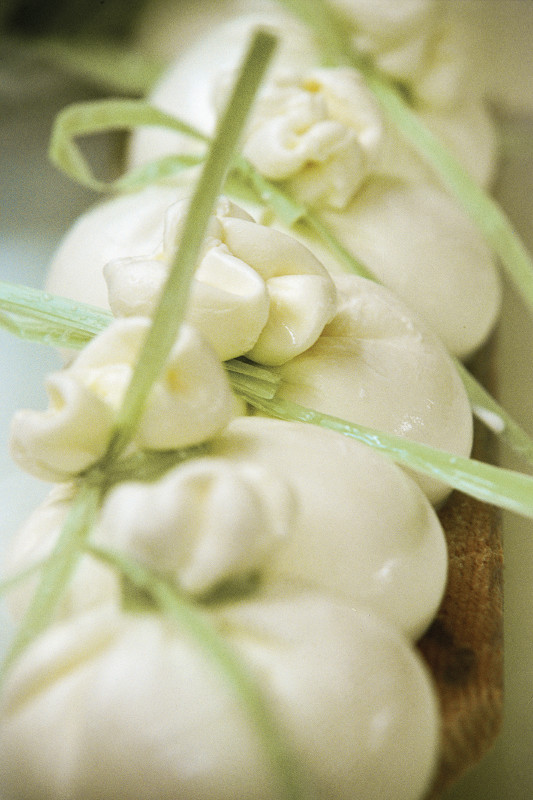 Beautifully presented burrata makes its way to almost every table.

On the Back-Roads Touring expedition, guests are lucky enough to sample burrata several times, but the highlight is visiting Caseificio Olanda, a cheese factory located in the pretty agricultural town of Andria.

Upon arrival, guests are treated to a tour of the property before a decadent cheese-centric lunch, then it’s time for the burrata-making demonstration.

They brothers knead the buffalo curd swiftly, immersing the mixture and their bare hands in hot water to uniformly dispense the heat. Then they do it again and again, softening and stretching the cheese to form a malleable curd. The trickiest bit is filling the thin, pliable patch of mozzarella with the creamy stracciatella cheese (fresh cream and tiny shreds of mozzarella prepared separately) and binding the top in a knot. It’s traditionally served as an antipasti with fresh tomatoes, aromatic basil and olive oil, and once you’ve tasted it there’s no going back.

- Burrata means ‘buttery’, however there is no actual butter in the cheese; the term refers to the creaminess of the centre. When you cut into the cheese, the creamy filling oozes out.

- Interestingly, burrata was created to minimise curd waste. Cheese-makers didn’t want to discard unused curd, so they created the cheese to make use of the leftover scraps.

- Cheesemakers in Puglia create shapes with mozzarella. At Christmastime they even make Christmas-themed shapes and present these cheesy gifts to each other.

Orecchiette is distinguishable because it looks like little ears. Customarily handcrafted out of durum-wheat semolina flour, it’s Puglia’s go-to pasta, and you’d be hard-pressed not to find it on any menu.

Nowadays the pasta is still typically crafted by hand and it’s not uncommon to see local women skillfully shaping orecchiette in their courtyards – or together in the streets. 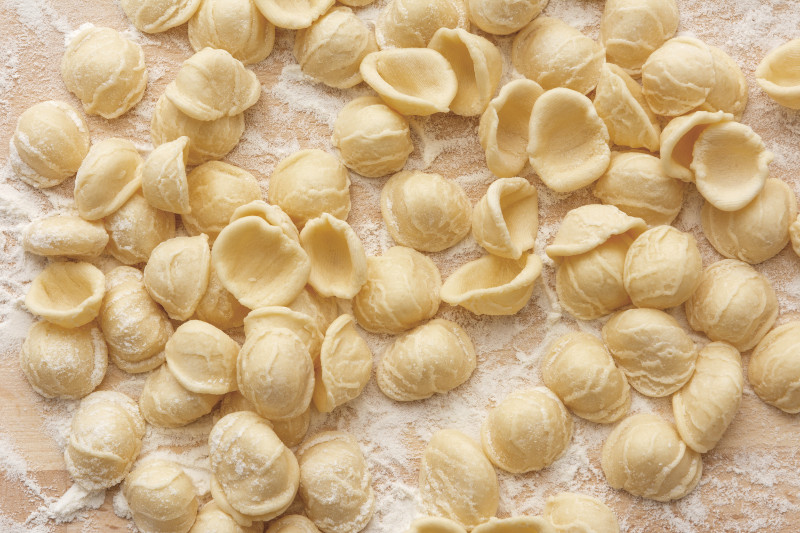 Orecchiette taste better when it's been left to dry for a few days.

The pasta is for all sorts of sauces, the hollow shapes serving as tiny bowls (tomato and ricotta sauce and broccoli rabe are both popular options in Puglia).

The Back-Roads Touring experience involves plenty of opportunities to sample this local dish, as well as the chance to learn from a master. Rosa Lella manages Masseria Ferri, a charming farmhouse located close to the charming whitewashed city of Ostuni. Visitors come to eat her delicious food, to holiday in the trulli guesthouses, and to learn how to cook.

The cooking lesson is hands-on. First Rosa demonstrates how to shape the pasta, then everyone attempts to make it too, usually resulting in plenty of odd-shaped pasta bits and laughter.

- Orecchiette was once known as peasant food in Puglia.

- Locals also use orecchiette pasta in soup. They cook the pasta with potatoes and water and garnish the concoction with garlic, chilli and olive oil.

- Although orecchiette can be eaten fresh, most Italians agree it tastes best after a few days of desiccation.

Not so long ago Puglia was mainly known for it’s good-value rustic reds, but today there really is something for all palates, and the emergent scene is attracting wine connoisseurs from all over the world. Like with slow food, slow wine must be produced ethically, cleanly and fairly. 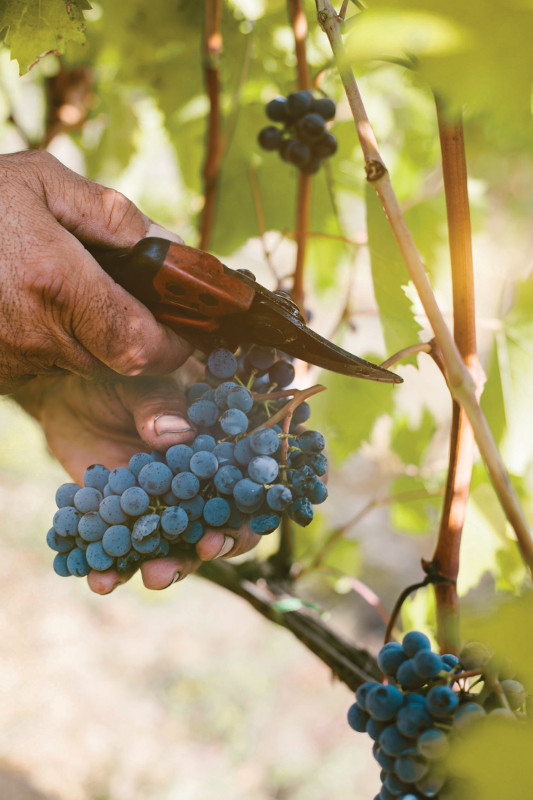 Vineyards are aplenty in Puglia.

I Pastini, located just outside Locorotondo, is a small plot managed by the young and passionate Lino Carapelli. It’s a picturesque area – long rows of lush green vineyards frame a traditional trulli farmhouse, which is where tastings take place. It produces a few reds, quite a few whites and a rosé. And although a formal tasting does take place, the mood is relaxed, and Lino and his mother (or whoever is around at the time) take their time chatting with visitors.

On the other end of the scale, Castel di Salve is a much larger wine producer, and a visit here offers a completely different experience. Best friends since they were youngsters, Francesco Marra and Francesco Winspeare fantasised about making wine together – and in 1990 they made that dream come true. Today the charismatic duo manage a number of vineyards, working onsite most days and closely following the cultivation process.

The tastings are held at the 100-year-old thoughtfully restored Castel di Salve, but the highlight is the tour of the grounds. Back-Roads Touring guests are taken through the winery and taught about their winemaking procedures.

Like everywhere in Puglia, the experience is seductively slow. Wines, nibbles, laughs and questions – there’s never any rush. 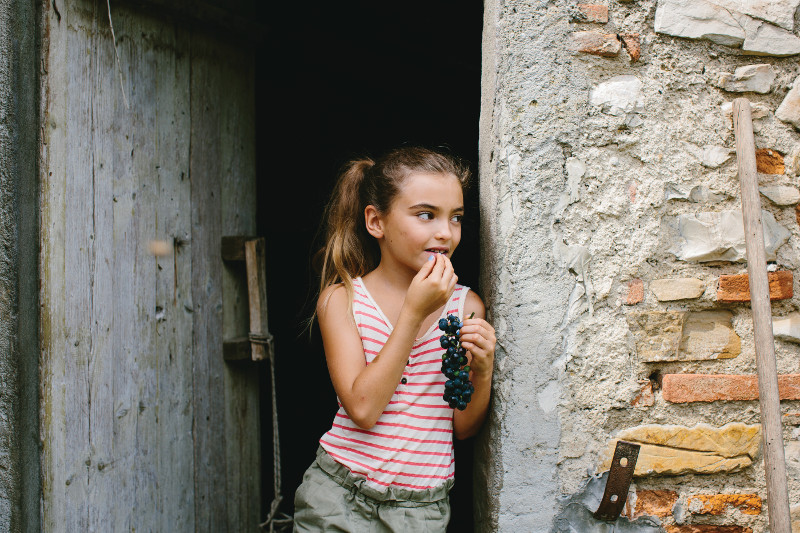 A girl snacks on vine-picked grapes from one of the many vineyards.

-  The flagship red grape of Puglia is primitivo. Primitivo wines are generally quite heavy and full-bodied, and are usually served alongside food.

- Wine produced in Puglia has been steadily improving for a number of years and is now gaining worldwide recognition.

- Reds produced in Puglia are generally quite high in alcohol content, a result of ripening early under the powerful Puglia sun.

It’s the whole experience that counts

Sure, food is the main meal, but the Back-Roads Touring’s Slow Food Tour of Puglia also includes a number of spectacular non-foodie stops.

- The historical trulli homes of Alberobello, made out of limestone and featuring distinctive conical roofs.

- Located just outside of Puglia in the region of Basilicata, Matera is the most intact example of a troglodyte settlement in the Mediterranean region, home to hundreds of sassi (stone houses carved out of the cliffs and caves).

- Discovered in 1938, the Grotte di Castellana is thought to have begun to form 90 million years ago. The underground ether of stalactite and stalagmite formations is exquisite.

- Puglia is home to more than 800km of coastline. Picturesque seaside town stops include Otranto, Polignano a Mare and Gallipoli.

Hotel Review: The Milestone Hotel & Residences, London
12 June 2019
When you’re visiting London , a city that is renowned for its history, character and grandeur, accommodation that exudes and personalizes these
Read Time: 6.7 mins
Asia

The Best Bali Resorts You Can Stay At
21 November 2019
Need a holiday that’s an easy getaway, where you and the kids (or your other half) can kick back and relax with a dose of culture and beachside
Read Time: 8.0 mins